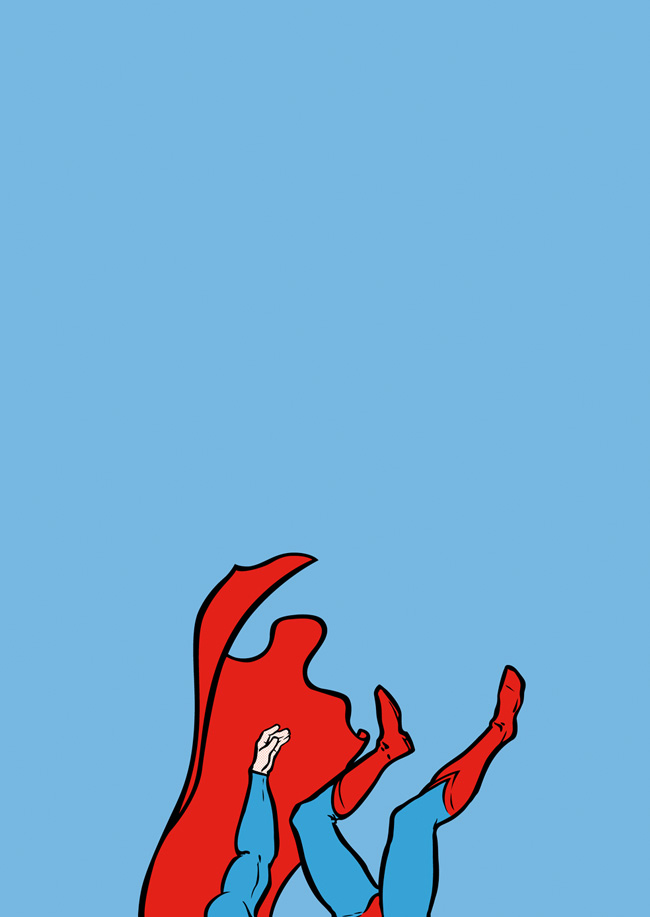 For the second Poster Monday spot we have a poster designed by Vincenzo Fagnani, a Berlin based graphic designer born in Italy in 1984. After studying visual communication in Milan Vincenzo moved to Germany in 2007. He is actually running his own studio mainly focusing on the development of visual identities, album covers and poster design. Additionally, he carries out independent projects inspired by social, historical and political themes.

He considers poster design not just as a tool to capture but to hold people’s interest, as well as an opportunity to raise questions through a radical visual analysis.

Vincenzo’s first intention with the poster “Capital” was to depict today’s economic situation through a simple picture. By using an icon of the 20th century and the American comics aesthetics he wanted to bring up the context where this hero was born. But in the end the poster turned into something different from the initial intention, it became a poster about archetypes.

He tried several layouts until he got this result, in fact, the very first drafts were based on showing the entire image of Superman combined with the title “Capital” as a header for the poster.

It was extremely interesting for me to see how the subject became stronger by placing half of Superman out of sight. I mean it’s not revolutionary, but the decision to cut him makes the visual dualism support the visual concept, says Vincenzo.

Visit Vincenzo’s personal site to know more about him and remember to submit your posters for the next edition of Poster Monday.