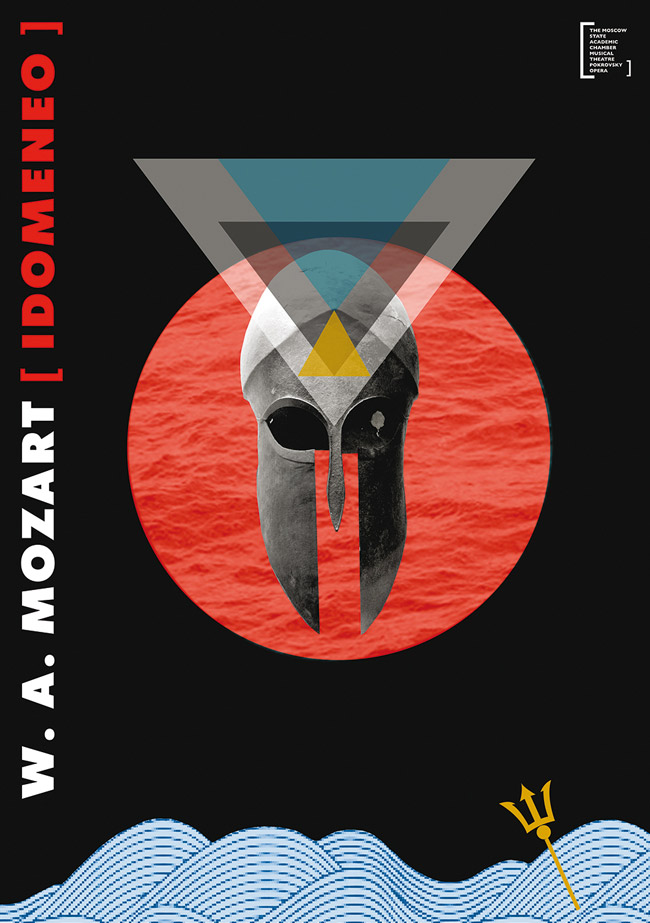 The second Poster Monday spot of the day belongs to Irina Goryacheva (Ирина Горячева), who is also known as Heather Hermit, from Russia for her poster entitled “Idomeneo”.

Irina was previously featured on Poster Monday with the poster “Theater Director“.  She graduated in Graphic Design from Moscow Institute of Industrial and Applied Arts in 2012 and since 2005 she has been working as a graphic designer with a strong focus on poster design.

Idomeneo is not Mozart’s most popular opera and wasn’t a great success during his life. With all of its plot twists and turns, sea storms and earthquakes, gods and monsters, bloody sacrifices and redemptive love combining thriller and horror themes Idomeneo was a kind of blockbuster much ahead of its time. It was Richard Strauss who reopened this opera to the audience 150 years later with some changes in 1931. Thus, Idomeneo is one of the most unusual opera that combines two different styles, two different epochs.

“We wanted this poster to communicate a clear link between the two epochs and musical themes with a strong graphic reference to the 1930s – the time when opera received its present form and was returned to the stage. My personal most favorite thing about this poster is that it hints to Deus ex machina principle used in the plot which brings the story to a happy ending.” says Irina.

Learn more from Irina and her work by visiting her website at heatherhermit.com.