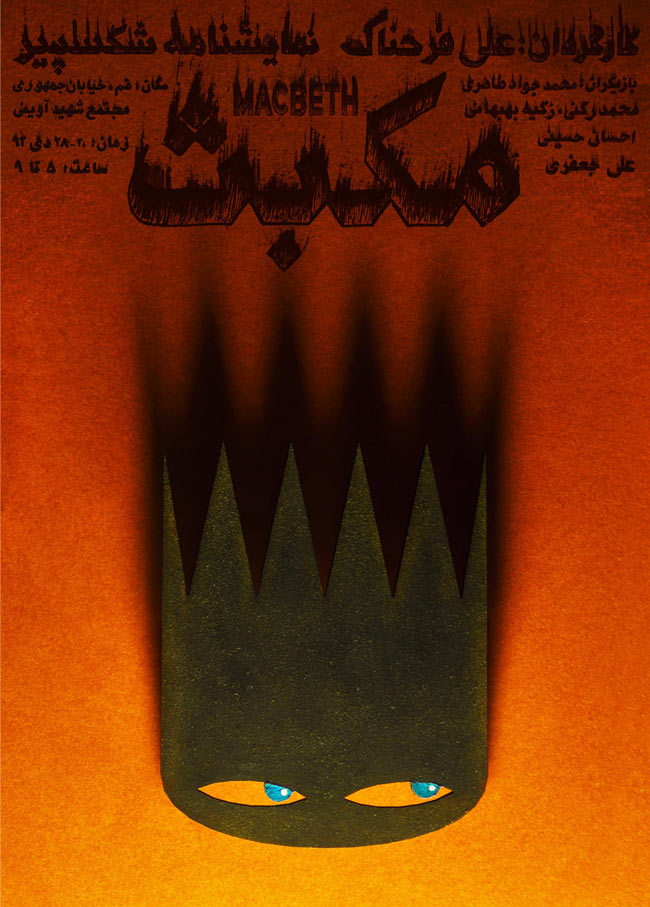 Another week goes by and another Poster Monday arrives. The first spot of the day belongs to Morteza Farahnak from Iran for the poster Macbeth. Our featured designer has experience in Logo design, Brand design, Book cover, and Visual Identity, but he is more attached to poster design.

This poster as you all may know it’s about a theater play written by Shakespeare. Macbeth is about the story of a brave Scottish general named Macbeth who receives a prophecy from a trio of witches that one day he will become King of Scotland. Consumed by ambition and spurred to action by his wife, Macbeth murders King Duncan and takes the throne for himself. He is then wracked with guilt and paranoia, and he soon becomes a tyrannical ruler as he is forced to commit more and more murders to protect himself from enmity and suspicion. The bloodbath and consequent civil war swiftly take Macbeth and Lady Macbeth into the realms of arrogance, madness, and death.

Morteza wanted to show Macbeth’s cursed crown with his skeptic eyes and crown’s black shadow (shadow of killing King Duncan) fallowing it. To produce this poster Morteza sketched the main idea on paper, then he used Laser-cutting to make the shape on wood. After that he colored the shape and took photos of it over an orange background.

To know more about Morteza visit his personal facebook and behance page.