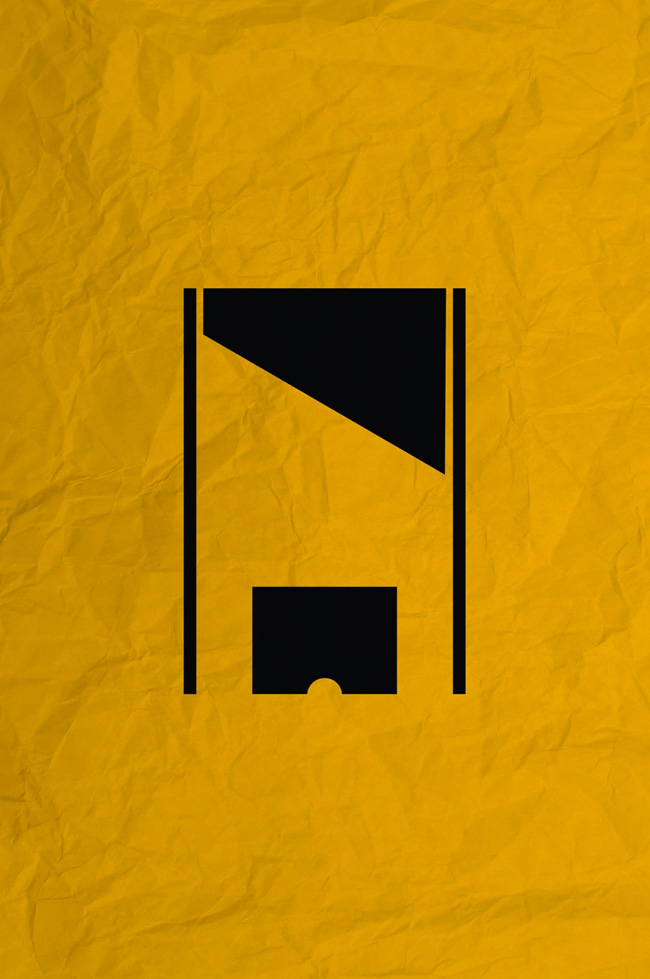 For the first Poster Monday spot of the week we have a poster from India, it was designed by Arindam Goon and it’s entitled “The living machine”. Arindam was born and raised in west Bengal, a state from eastern India. Being from a small middle class family he could not afford to join the art course he wanted to so he studied commerce instead and earned a college degree.

As he started working opted for art related jobs. Moved to Bangalore, joined advertising agencies and worked for some national and international brands. Finally in 2014 Arindam with a good friend started their own branding and advertising agency, “Adly Creative“.

The poster “The living machine” was inspired by a BBC documentary about the Auschwitz concentration camp. “In the documentary the survivors were explaining their inhuman experiences, it moved me, I could not understand how a human being could had been so cruel. Hitler killed helpless men, women, children and elders. This in my mind gave the impression of a guillotine which as a machine is a ruthless cutter. Hitler seemed to me to be the same for so I started creating a poster as I could not resist myself and to my surprise I found the guillotine coming out of Hitler’s face.” says Arindam.

Arindam thinks of the poster as a very strong medium for reaching people with a particular message. On his facebook page he is always sharing newer posters with his own voice to reach people. If you happen to be on facebook visit his page and enjoy.