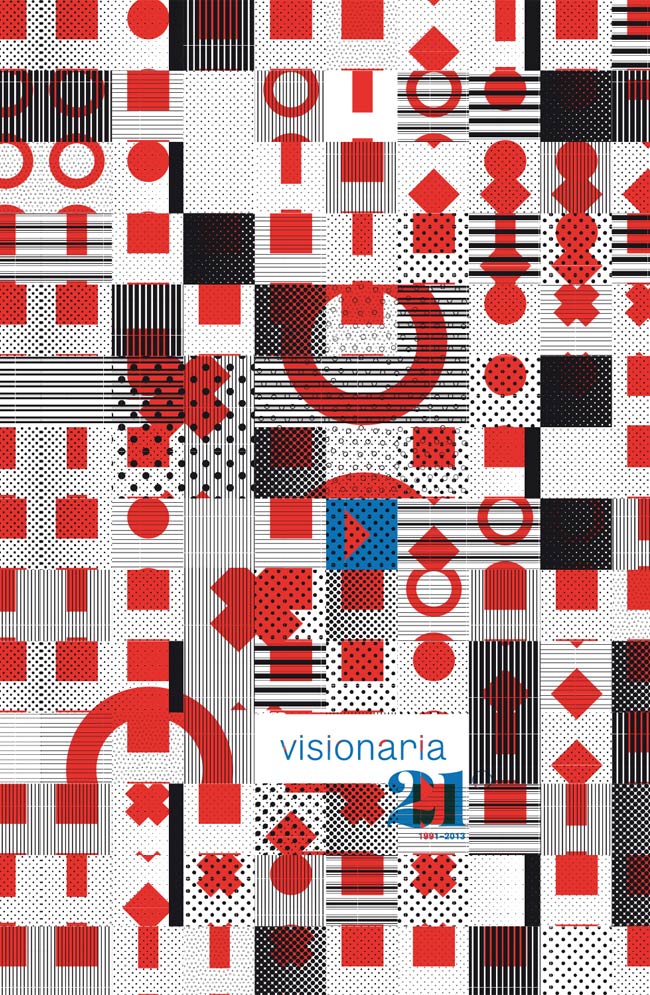 For the second Poster Monday spot we have a poster designed by Mimmo Manes, an Italian graphic designer based on Cambridge, UK. Mimmo leads Canefantasma, a design studio located in Cambridge, UK and collaborates since 2005 with Visionaria, International Film festival. This poster featured above was done for Visionaria 21th edition.

The first approach was to create a handcraft poster. But as it took a very long time and any update needed a week’s work to save that time Mimmo worked on a computer-based version of the same concept. The result was nice, and using an algorithm to cut the pieces he was able to generate a new poster, different from previous versions. “That’s cool, I like these unpredictable new assemblages, but I had to do many proofs before I can reach the right one” says Mimmo.

Mimmo has been a Graphic Designer and Art Director since 1999, a father of one, music, books, comics and art lover. He works on Branding, Identity, Interaction Design, Books and Covers Design, using a massive range of tools such as Acrylic painting, Collage, Adobe CS6, Letraset, Scans and Printers Manipulation, Stencyls.