Poster Monday: Save the Artic 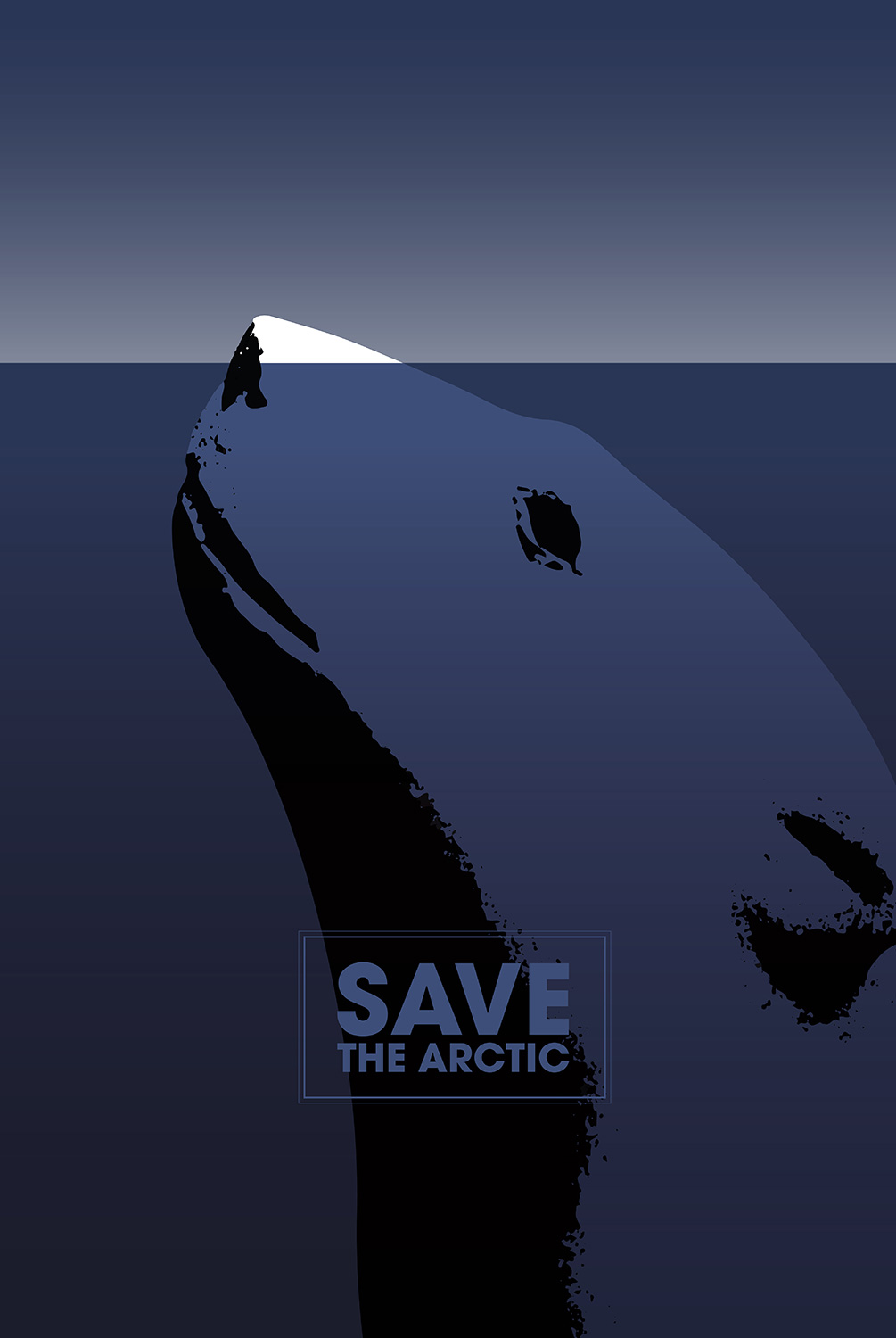 The second Poster Monday spot of May goes to Olivier Ploux for the poster “Save the Artic”. Olivier was born in 1984 in Paris but lived most of his life in the French Alps in the little city of Annecy. In 2008, its a graduate from graphic design studies in Intuit-Lab school in Paris and study a year in Ecuador in Guayaquil in 2006. It’s where Olivier started the work that he now call “Des Maux en images” which could be translated as “Words into pictures”. Olivier work in an agency in Paris and kept going this illustration work as a hobby and finally moved back to Annecy where I work since 2012 as a graphic designer and illustrator where continue to illustrate the word and the daily news with the aim of being obvious, of being as clear as can be a great poster. Actually participate to poster contests and also illustrate in the daily newspapers LeTemps in Switzerland.

This poster was made after a call from Greenpeace to realize a poster on the theme: Save the Arctic. The poster is trying to alert on the melt of Arctic and the consequences like the extinction or the polar bear and also a tribute to the great french sculptor François Pompon who created the famous Pompon Bear which can be seen in the Orsay Museum in Paris. A poster has to create an instant and understandable message. “I hope this poster can contribute to open eyes on the melt of Arctic and what will happen because of it. During my studies, I have been amazed by the powerfulness of different poster designers’s work like Savignac, Cieslewicz, Walenta, Batory, etc. and discovered through workshops this exercice of creation. After that, it was done, i kept going creating and participating to contest and paste my work in the street… Design is everywhere but it shall not only be reduce to a merchantile purpose. It can help to talk, to sensitize to alert, to contest, to educate. That’s the beauty of it. Design life !” tell us Olivier.