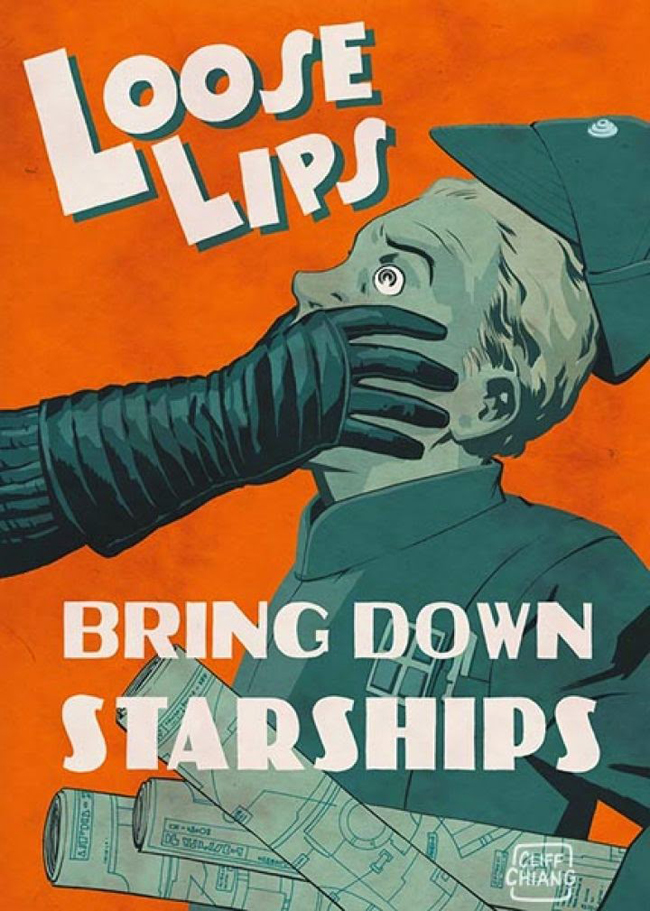 Interest in Star Wars: Episode VII is such that every aspect of its production has been placed under intense scrutiny by fans and writers. That secrecy is such that at least one poster has been stuck up at the film’s base of productions at Pinewood Studios, designed by artist Cliff Chiangh to remind visitors not to share what they’ve seen on set. Mimicking the style of World War II government advertising, the poster shows a familiar hand clutching an Galactic Empire lackey’s face with the text  “Loose lips bring down star ships”.

Are you excited about the new Star Wars film? Do you have a favourite Star Wars poster? Share your images with us!