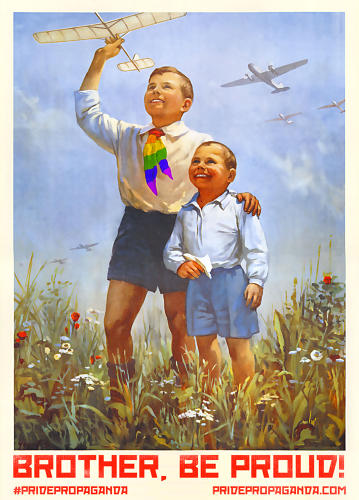 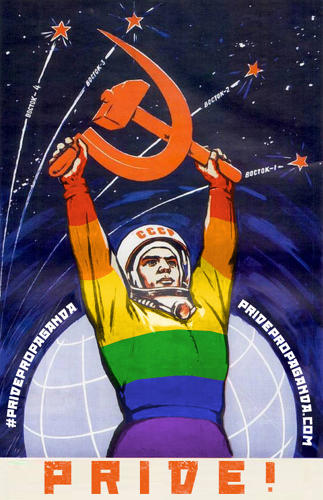 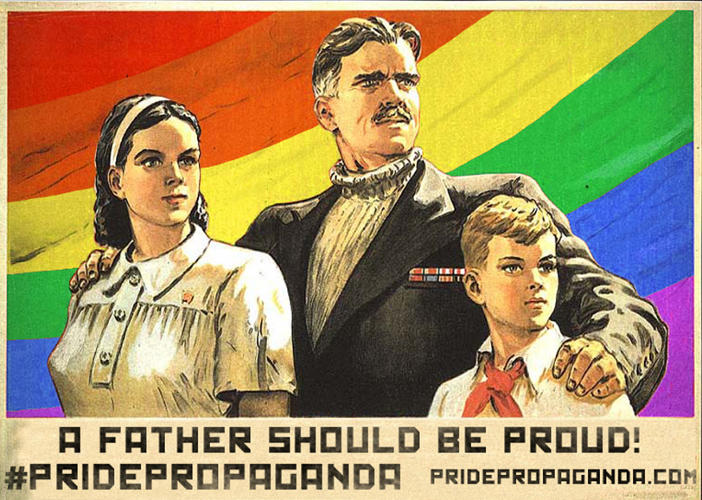 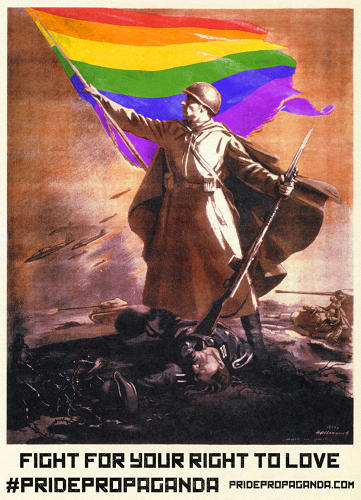 Even though homosexuality was decriminalized in Russia in 1993, a 2013 law makes it illegal to promote non-traditional sexual relationships among minors. Merely waving a rainbow flag might get you arrested. Because of this, activists from around the world are coming out in support of gay rights in Russia. One fabulous grassroots campaign, from a group called Pride Propaganda, revises old Soviet Propaganda posters to proudly feature rainbow flags galore. Retro visions of a communist utopia are converted into visions of a world free of homophobia accompanied by the hashtag  #pridepropaganda . The posters are published anonymously to avoid backlash from hate groups. 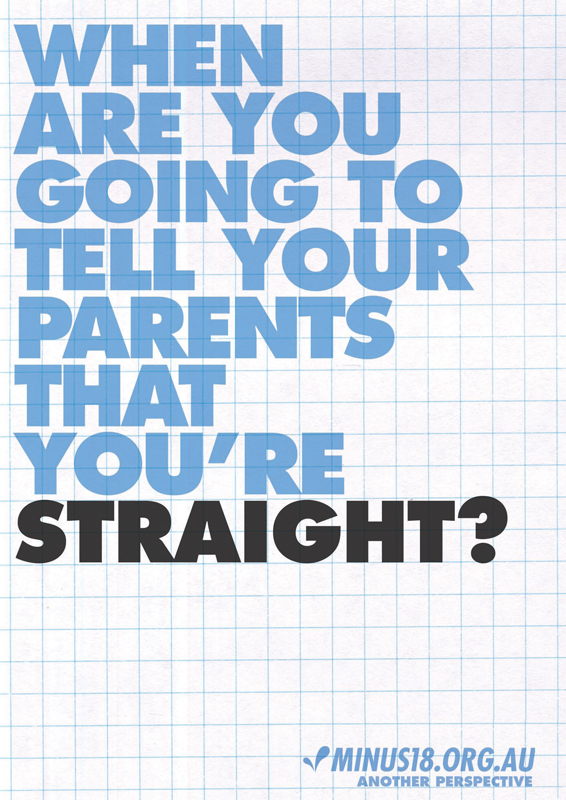 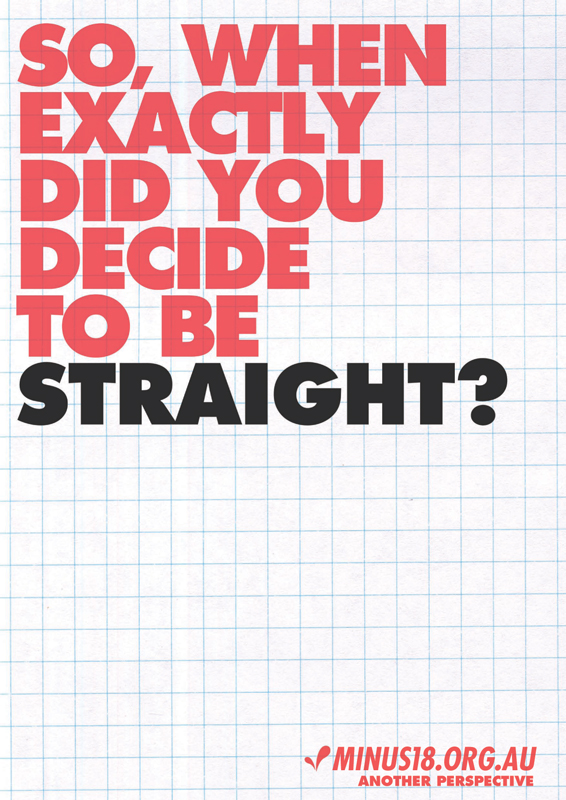 The group Minus18 created this unique and powerful poster campaign for the LGBT community, commonly referred to as the gay community.  The campaign shows how engaging the medium typography and text can be in a poster.