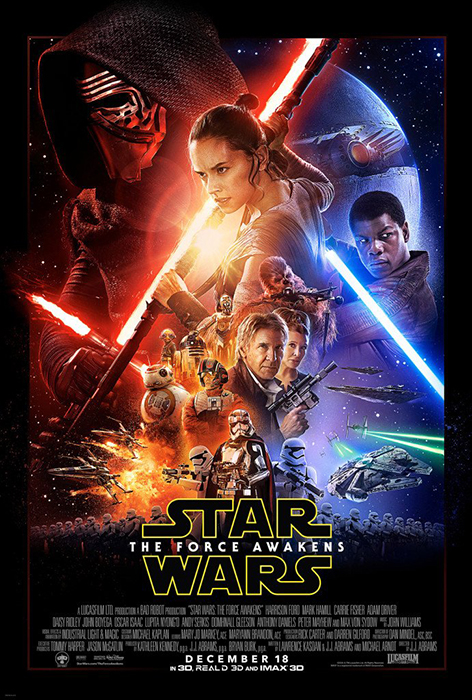 Disney and Lucasfilm released a new poster for The Force Awakens, the new Star Wars movie that comes out December 18, 2015. The design is  pretty standard for a Star Wars poster: a collage of all the characters from the movie. But, as Techinsider pointed out, there are also a few notable mysteries. Spoilers ahead!

“We see all the main characters on this poster except for Luke Skywalker, who’s played by Mark Hamill. We already have confirmation Hamill will be in the movie, but he’s not on the poster along with all the other main characters” Given all the mystery surrounding Luke’s role in the movie, it makes sense that Disney and Lucasfilm would purposefully leave him off the latest poster as part of a marketing strategy to build suspense for the movie.

Another important element of the poster is what appears to be another Death Star battleship, which has led to speculation about a final battle with the good guys trying to blow up the latest version of the Death Star. Disney has announced that a new trailer for the movie will debut during Monday Night Football on ESPN Monday night.

Are you excited about the new Star Wars movie? Have you bought your tickets yet? Are you a fan of the new poster? Share your comments with us!