All the way from Indonesia, we are happy to introduce a passionate Poster Master whose positive attitude and talent can be spotted a mile away!

Irwan Harnoko is a graduate of Design and Fine Arts from Trisakti University, where he also received his master’s degree. He has been working as a graphic designer since 1993 and a design professor since 1997. His works include branding, corporate identities, brochures and posters.

We asked Irwan our “Poster Poster Questions” and these are his answers:

As a designer, poster is a total expression. Designers can express themselves more fully. Because in fact designers often get projects that have a lot of interference from clients. Through this media designers can express themselves more fully. That’s why Ilike to make posters, because nothing confines me in expressing what’s on my mind in a work of mine without interference from others.

A good poster is a poster that has good energy, visible from the seriousness of the work, visible from the message to be delivered. Posters that have emotion, that is a good poster. Not only communicate, because posters that only communicate without emotion the results will be bland. Precisely because there are emotions, that’s the uniqueness of the poster. Typeface selection, color selection, shape selection, all combine and have emotions and are very touching for the viewers.

The role of posters today, especially when we talk about poster exhibitions, one of the roles of posters is to convey a message to a particular campaign. So, with a fairly big exhibition, and also supported by social media, after the poster exhibition was held and viral, and the message will continue so that the impact will be good for the social message to be delivered. It doesn’t always have to be a social message, but there is also a movement to make something new. Experimental poster for example, the aim is to look for other possibilities that are not stuck with boring visual solutions, so the design doesn’t die and continues to grow with all the possibilities that occur so certain messages don’t always have to be answered with boring visuals.

The poster that I like in poster history is actually a lot to be sure, the posters that are often repeated were called by my late design teacher Yongky Safanayong, he used to when I was in college often say: “Irwan look! The Shigeo Fukuda posters”, “Irwan look! The April Greiman posters. Look! The Wolfgang Weingart posters”. It really affected me and wanted to know why the posters were said to be good. What makes me try to be amazed at the historic poster? Because I tried to understand what was admired by my lecturer, the late Yongky Safanayong, because I really respect him, I gradually tried to study the great works, finally I liked it. One of them is the works of Wolfgang Weingart. I am very impressed with Wolfgang Weingart because his works are extraordinary. Not according to the era, he can surpass the era, that is what I admire about Wolfgang Weingart. 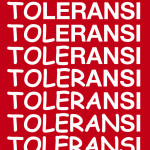 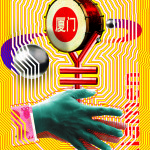 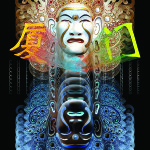 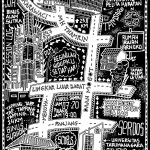 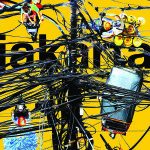 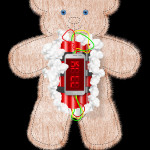 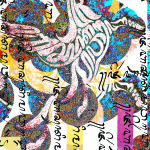 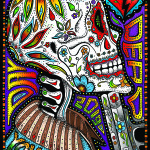 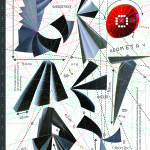 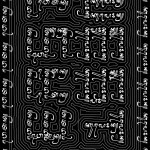 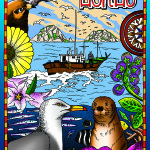