Famous for creating simple yet powerful social posters that are like a nuclear bomb to the mind, we are proud to introduce our new Poster Master, the iconic Lex Drewinski. Lex is a longtime friend of the Poster Poster family and we are so honored that he made time in his busy schedule to not only answer our questions, but create an amazing Poster Master video that takes you on a thrilling ride inside the mind of this talented designer.

Lex Drewinski was born on September 11, 1951 in Szczecin, Poland. He studied at the State Academy of Fine Arts in Poznań and graduated with honors from Professor Waldemar Świerzy‘s Class of Poster Art. In 1983-85 he worked as a director and scriptwriter at the Animated Film Studio in Poznań. He is a professor of the Faculty of Graphic Design at the University of Applied Sciences in Potsdam, Germany and  of the Faculty of Graphic Design at Academy of Art in Szczecin, Poland. He has taken part in the most significant poster exhibitions and competitions around the world, and has won several awards and distinctions in prestigious international competitions, including the International Poster Competition Ekoplagat , 4th Block International Exhibition of Graphic Art and Poster, International Advertising Poster Competition Golden Bee, Art Directors Club – International Exhibition, International Triennial of Political Poster, International Biennale of Theatre Poster in Rzeszów, International Festival of Art on Billboards Art Moves 2015, International Biennial of the Poster in Mexico and many more. Lex has also had one-man shows in more than 60 exhibitions all over the world in cities like: Athens, Amman, Beijing, Beirut, Berlin, Barcelona, Cracow, Damascus, London, Madrid, Mexico City, Nicosia, Stockholm, Odensee, Quito, Thesaloniki, Warsaw and more.

We asked Lex our “Poster Poster Questions” and this is what he had to say.  We highly recommend that you watch the video, as the answers itself don’t do it justice, but just in case, here are Lex’s answers.

Poster is a medium that allows me to share my visual comments on the today world with whoever I like, where I like and how I like. Here I see many connotations to the internet. I can share those comments in many places of the world at the same time.

A good poster is like a good joke. The quicker it gets to the punch-line, the longer it stays in your memory.

I don’t think the role of the poster today differs from its role yesterday. Still the most important thing is a strong and convincing massage,   sometimes aimed at the client, other times at Mr. Putin …or whoever.

I don’t care if a poster is printed on paper or saved to an electronic device, if it’s hung on a wall or put on the internet.

Ideas get born in the head, being a kind of graphical pregnancy. They seem like newborn children. If such idea goes out into the world as a printed poster it becomes his father’s testimony, who is responsible for his child’s behavior and upbringing.

Not accidentally I mention father and son. In the beginning I used to consult my toddler son about each new poster who has been a keen observer at the age of 3, 4, 5.
Well, right now we’re both grown-ups. Sometimes it seems to me that he’s even more grown up than me.

…anyway… Often I like to design during my travels because then I’m mostly on my own. If I don’t have my sketchbook at hand I draw my ideas on anything. It can be a flight ticket, some banknote, a random piece of paper, a bill… Back at home I recreate it in my sketchbook. After that I scan the image and work out details on the computer. The rest is just a technical process.

5. If you could chose a poster in history as your favourite, which one would it be and why?

If I were to point out some authors in a historical context naming some selected work, I certainly wouldn’t quote poster stars like Toulouse-Lautrec or still less Jules Chéret, whose works are very famous but are lacking what I admire the most: an original idea.

Here I’d like to point out Thomas Theodor Heine with his poster “Simplicissimus”. It was created to advertise a satirical magazine of the same name. It shows a red bulldog, which has bitten through his iron chain, that kept him imprisoned.

In my opinion it’s one of the first works which, marvellously is showing those things of most importance: a great idea and a wonderfully matching graphic using symbolic coloring.

If I were to give a good advice to young poster designers, I would say: Think first, design later.

For me posters are a way of life …of course it’s not for everyone… but if you decide to enter this road, don’t forget that on a poster you may do anything: You may offend, stultify, provoke, astound but one thing you may not… bore! 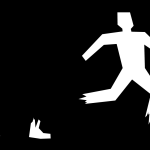 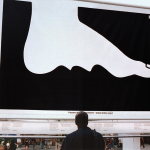 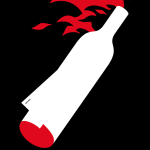 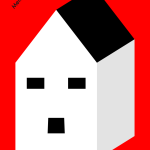 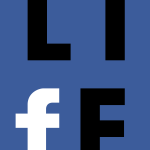 In Memory of Anna Politkovskaya by Lex Drewinski 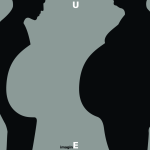 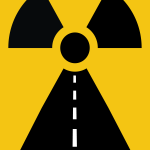 Highway to hell by Lex Drewinski 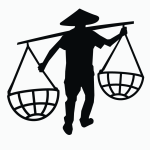 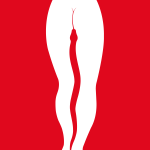 Antony and Cleopatra by Lex Drewinski

Without title by Lex Drewinski 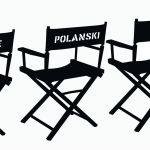