A design legend with a heart of gold, our new Poster Master is the superb Mirko Ilić. Born in Bosnia, he drew comics, illustrations, and art-directed posters, books, and record covers. When he arrived in the U.S. he became the art director of Time Magazine International Edition. Later he became art director of the Op-Ed pages of the New York Times. In 1995 he established his firm Mirko Ilić Corp. His company designs for a wide range of clients, from pro bono organizations to the high luxury hospitality clients. He has received numerous awards for his work and is in collections of institutions such as Smithsonian Museum and the MoMA in New York.

Mirko is the co-author of several books with legends like Steve Heller and Milton Glaser, including Genius Moves: 100 Icons of Graphic Design, Handwritten, The Anatomy of Design, Stop Think Go Do, Lettering Large, Presenting Shakespeare, and The Design of Dissent. He also organizes and curates shows and lectures around the world and teaches masters degree illustration at the School of Visual Arts in New York.

We asked Mirko our “Poster Poster Questions” and these are his answers:

When I was young, I grew up in Yugoslavia – a communist country – and we didn’t have much then. Printing posters was quite expensive. Because of that, it was relatively rare to get, especially at the beginning of my career, to do posters. And to get called to do a poster was amazing because it was my first time being able to do something big and dramatic that would be on the streets. And let’s not forget in communism everything was a little gray and dark. And then you had this shiny big poster, it was a refreshment for the eye. And getting that call to do something big and great, in comparison, it’s almost like the pope calling you to paint the sistine chapel. You will be so proud, then will walk from far and look at how people react to your poster and whatever. On top of that, being a communist country, it was a nice challenge because we always tried to create subversive posters, to do some little big thing that people will look at and say ohhh huh, look left, look right, and things like that. But yeah, it was great to do posters.

The definition of a good poster always depends on the taste and time, But  when we talk about posters, I think it’s very important to think about what the original function of the poster was: being on the street. In that case, a good function of a good poster is to stop you. You are passing by, it’s rainy, it’s bad and you pass by and say “Wait a minute”, and you go back. That’s all what posters need to do. Whatever is written on a poster, what the poster advertises or whatever, that’s another story. It’s similar to the book cover, you pass by and you see an interesting book cover, then you check it out if you like the author, if you like that subject, but the book cover is just stopping you to grab or see that book, after that, is all about the rest of the content, or context.

3. What do you think is the role of the poster in the world today?

I think especially a bit with the appearance of electronics and new media the role of poster changed quite dramatically, for example, posters moved away from streets to galleries and museums, and now you see more interesting posters in galleries than on the street. A long time ago, art was in galleries (painting), and posters were outside announcing the art inside. Now posters are inside, and I think that’s a great opportunity for painters to do paintings outside announcing the posters inside. Poster went in a different direction. For better or worse it became independent. You don’t need theater, you don’t need a show, you don’t need a movie to have a poster.There is also a bad part about that, and I know I’m gonna insult lots of designers – but that’s my job. Now people create posters for certain events, like an earthquake in Japan, I never understood that. Because, does an earthquake in Japan need another poster? Or is better to spend that time you had to create the poster and put together a package and send them that package? Because somehow those posters became an opportunity. First,  for designers to feel like they did something positive, and second, to have something to put in their portfolios or on a show because they don’t have so many opportunities to do posters. That way, I am a little bit  skeptical about all of these posters which only appear in museums and are only known by other designers. It’s like my poster is bigger than yours.

I’m lucky enough to not have a typical process. This is all my opinion, and I was proven many times to be wrong, but if you have a typical process to create a poster that means you’re going to create a typical poster. If you go by: one, two, three, you’re gonna always end up on four. Because of that, I try to give myself challenges on top of the client’s challenges. By the way, I don’t do ever posters for myself. I wait patiently until somebody send me an email or calls me. But I do challenges, for example, I’m idiot enough to decide, “okay, this week or this month or whatever, I’m not going to use the red color” and of course, when you decide that, first thing which is going to happen is that somebody’s gonna call you to ask you for poster about communist anniversary and you just said to yourself no red color. And then you must invent a poster without the red color, and it’s an additional challenge, but it kind of triggers you to go in a slightly different direction.

(to interviewer) You published in your book, my posters for the Yugoslav drama theater. Right? And you published from the last or two year’s season, when I did five posters per season for them. On that season, they were quite nice to me and they let me do whatever I want. I decided that everything was going to be profile. And I didn’t know what was going to come my way, but I decided everything was going to be profile. This season. I’m doing everything with the big dots halftone moved away and the title is always in an angle. And I have no idea which plays they’re gonna get because usually they announce 15 days before the play, but I’m trying to squeeze in that thing, and it’s a nice additional challenge. And let’s say first season I did one poster, which was plainly awful, and partly it was awful because I had much better idea, but it didn’t fit in my little thing for the season. But I was telling myself “No, No, you must do it, you must do it” and I did it, and look that’s that, and I think it’s important to challenge yourself.

5. If you could choose a poster in history as your favourite,  which one would it be and why?

A single poster I cannot choose and I’m going to tell you why. Because I got influenced by many people, and I will be under the spell of somebody for certain amount of time then it will overlap with somebody else, then with somebody else, and a my knowledge and my hunger grows and I will turn from person to person or from style to style. In one point it will be the Russian constructivism like Rodchenko in another point that will be somebody like Roman Cieślewicz, and Milton, I will be all over the place. But there is one guy that is appearing a little bit more on a regular basis than others. His name is Boris Bucan and lots of people have no idea who he is, but Boris Bucan is probably one of the most important poster designers of the 20th century.  One of the conceptual artists from the time Yugoslavia made a very sarcastic statement. And that was, “if artist doesn’t speak english, artist is not an artist”. Of course it is sarcastic, but because Bucan doesn’t speak english and is not working here, most people have no idea who he is. And this poster of his return is also appearing in a book of Victoria Albert Museum. It is probably one of his most known posters, and probably the most attractive to an American audience. And that poster is the size of this wall behind me and its silk screened and it’s amazing.

For me, it’s very hard to give advice to somebody because we are all going in different directions. But poster is an extremely nice challenge, especially when you’re young. When you’re old, things change. For example, I remember how my generation became quite successful and everybody got very jaded. Nobody showed anymore the latest poster, but they will be all over you to show you they post them, “Oh!, I just designed a poster! look!, look! I designed posters!” and suddenly people who do posters size of the wall, they will be like, “Oh my!” and there is not much to see. Probably because I’m from the mail part of the profession, probably they are fascinated by the idea you must lick on the back, but that’s another story.

I think what I’m trying to say is at different points in life, something else is your challenge. In different points of life, something else is triggering you to do something.  But one thing is constant, you must love what you do. You must enjoy, you must feel at three in the morning when you finish your work ,the need to wake up somebody to show them or to email them “look at this!” and you’re so impatient and whatever. And I think that to love design for me was most visible on the Female March here in New York. Of course, I was one of the people, but everybody had some kind of poster or sign. Most of them were made by that person. Some of them had lousy typography, some of them had bad art, but they all had energy, they all had love. A few of them were wearing those mass produced and distributed posters and that was like kind of downer. This was the passion of those people translated with the best knowledge that they have, what is positive in those signs and posters, and that was probably the most powerful show of posters I saw on one place. 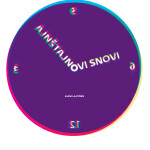 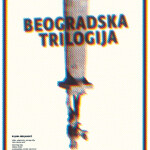 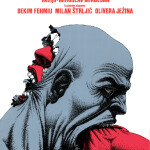 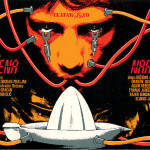 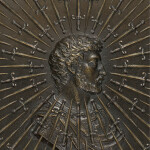 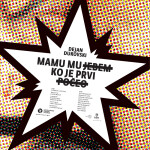 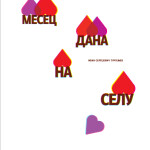 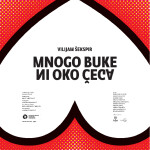 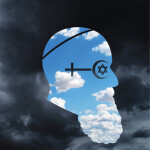 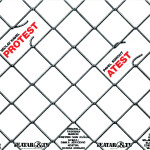 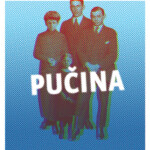 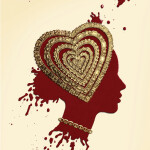 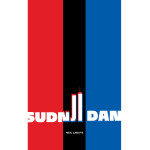 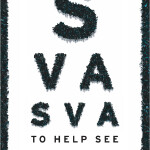 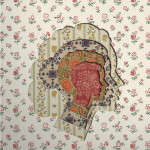 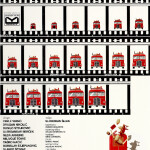 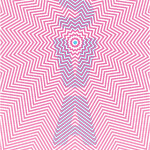 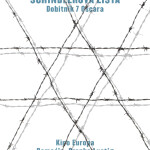 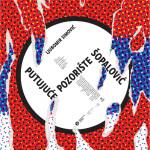 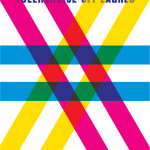