We are thrilled to introduce our new Poster Master, the innovative Daniel Warner who is internationally recognised by many biennials and triennials for his new approach to the visual poster.

Daniel Warner is co-principal at Pakaste Warner Design and a professor at KSU, where his creative research involves client-based projects and self-initiated design research in service to commerce, culture, and the social good. His individual and collaborative projects at Pakaste Warner have earned recognition through a number of design awards, exhibition in shows and biennials in the U.S. and abroad, and publication in industry venues such as Communication Arts, Graphis, Print, Creative Quarterly, Brand New, Slanted, GD USA, and numerous books. His posters have been exhibited in France, Poland, Bolivia, Russia, the U.S., China, and other countries. Among his professional accolades are the Communication Arts Award of Excellence and Graphis Gold.

We asked Dan our “Poster Poster Questions” and this is what he had to say:

The poster to me is this vast place, it’s an untamed ocean to me. It’s wild and vast and unpredictable, with invisible currents and uncharted territories that are still out there to be found. And I love it for that,  I love it’s vitality. Some creative formats really have no staying power—they kinda stiffen over time and they seem to become trapped within their own history, but the poster has found new relevance and new connection with each coming generation.

Like our discipline at large, the poster is expanding and it’s evolving in very interesting ways. Take motion posters for example, or those animated gifs that we post to the walls of social media, or posters that have kind of dimensional or digital elements in them. Those media, those tools, those formats of production they always march on, demanding our attention and providing us with these new expressive and experimental possibilities. The technology is always evolving, but what I love about design is that the technology is always in service to the expression of powerful messages, powerful ideas, and powerful emotions.

A good poster is like a bolt of lightning, right? It strikes and makes you see a thing with new eyes. For met’s about finding the essence of something and expressing it in a compelling visual way. So it t has to impact or resonate, provoke or celebrate or in some way start a dialogue.

It’s a really good question, what makes a good poster? A few years ago, I might have said something like: It’s a clear, simple message wrapped up in a great metaphor or great visual-verbal concept, and it has to be executed with the right technique and right material to best support the idea, to best express the emotion. So it has to be this bold, beautiful, and surprising thing. Like a punch in the nose, something that irritates the eye or something that sticks with the viewer. Or it has to have what Rudolf Arnheim always talked about, an aesthetic “rightness.”

But these days, I am much much more full of doubt about this. From what I’ve seen, if you do it with enough bravery and enough passion and intelligence, and you have an awareness and an intent, I don’t think there’s no rule that exists that you can’t toss out the window. It’s very much like music in this regard. Place a Swiss modernist next to a Polish poster master next to a Victor Moscoso psychedelic poster next to a Toulouse-Lautrec.

In a contemporary sense many of the current international biennales and triennials are really a wellspring of thoughtful work and really stunning stuff. And I think they are also proof that there’s no formula for success. This is what I love about the poster. I don’t know  in that sense what makes a good poster anymore. Because it’s like music, it’s somewhere between the notes, or it’s somewhere in the perfect fusion of the emotion and instrument.

I will say I have built-up some strong preferences over time, but I try to keep my tastes fluid and evolving, specially at the edges. Personally, for posters, for me it’s about thinking, honing a concept into a single, sharp point. Seeing something from a new perspective or in a new light. Finding that breath-taking moment—expressing the essence of  something in a new and  hopefully memorable way.

The poster certainly is not a historical blip, it’s not trapped forever at a single scale, the single media, the single aspect ratio or anything like that. I think it runs much deeper than any format of production or means of reproduction or consumption. I think the poster is evolving in beautiful and exciting ways right now, and it seems to be for me, retaining its core power. Like  a lot of people now see more posters now than ever before, I think they are pasted to walls of social media, and they see them through publications like Poster Poster. But that said, my true love is the large-scale physical poster; the big biennials and triennials are so fresh and interesting these days, and I think a lot of them allow for a broader spectrum of creative thought, because they have social, cultural and commercial avenues of expression, creativity, and communication.

These days I try to be as flexible and fluid as possible with the process and the time management. Because for me it’s really about…What is about? That’s a great question. It’s really about attaining a state of flow or a state of play. That seems to be where the new discoveries happen, and it also can invite luck and serendipity. But, for me a good process also means not having to rely on this fickle spirits of inspiration that flip and come and go. So research. So conversation. Whatever I can possiblydo to get a sense for the audience, to empathize, to understand. Sketch. Emotion. I play music on the background. More concepts. Gazing out the window. More conversation. Looking for potential visual metaphors. Abstractly designing icons. Working with positive-negative space and typography. Constraining myself with severe material constraints, time constraints. More sketching probably.

And I strongly believe that the execution must serve the idea. So in the end, it comes down to using for me the right media, the right materials, the right techniques for the concept. So for example sometimes india ink and rough paper that’s the way to do it, that is a better for a particular tone and concept than a crisp 3d image might be. The Analogy would be a melody will sound radically different depending on the instrument you used to play it. Snd I love investigating new techniques and tools all the time. But I also expressly try to stay uncomfortable with materials and media—which is terrifying but  it’s also very important to my approach. I think it’s because I’m deathly afraid of stasis, afraid of repeating myself and getting stuck or not making new visual discoveries.

That’s an impossible question, isn’t it? I think my eyes and appreciation seem to be constantly evolving, like most of us. But the posters that have occupied my memory over the years are usually visceral things, but not afraid of beauty either. Paula Troxler’s Moby Dick Leviathan poster is certainly a masterpiece of subtlety and brilliance and it’s perfect in its fusion of media and message. It has really stuck with me as a favorite for some time now.

I think designers are composers, we are charged with delivering compelling messages and compelling experiences. There are a couple of approaches or frameworks or habits of mind really that are going to help over time open doors and help a designer grow and evolve in the long-term, and really maintain relevance as the profession marches onward. So the first is focus on crafting powerful and worthwhile concepts. And I say that because it’s the much rarer and much more valuable skill. So unlike a technique or a style, great ideas never go out of fashion.

And the second is seeking to kind of understand the larger context and the overall strategy–the “why” behind a brief or an issue that you are working with. A poster is often one small slice of larger integrated campaign, and it’s important to develop a mindset that is constantly seeking and empathizing with and thinking about the larger picture and the next level of context. So a great message can be consistently applied across different communication channels, different formats, and different media. I think somebody who only restricts themselves to making a traditional 70x100cm offset pulp and ink lithographic poster will probably struggle to maintain a viable business these days. Where as someone who crafts really strong, versatile, integrated messages that are capable of crossing different formats, different media, and different materials will always have options. 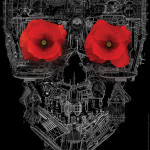 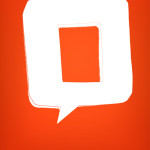 Where’s My Vote by Daniel Warner 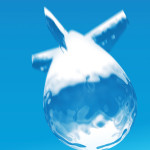 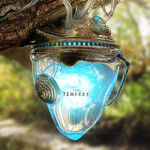 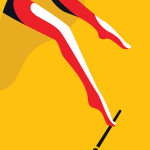 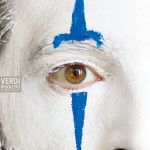 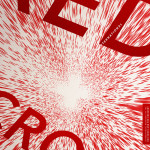 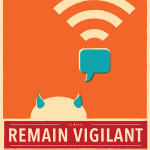 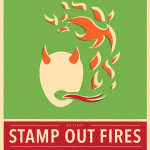 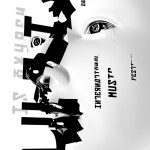 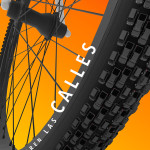 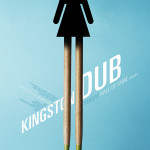 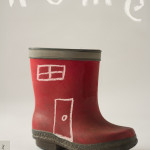 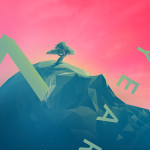 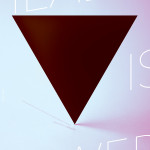 Health Is Power by Daniel Warner 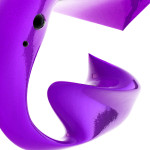 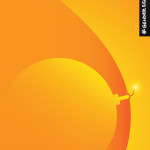 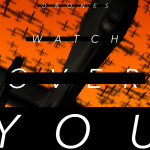 Drones Watch You by Daniel Warner 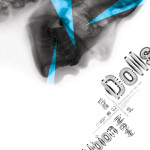 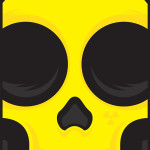 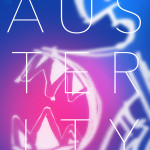