We are proud to introduce our new Poster Master, the creative Diego Becas who is widely considered by many as being one of the key designers in the revolution of this new generation of the poster.  His style is fascinating as it oscillates between the worlds of traditional art and modern design, an unusual trait in the modern age of Graphic Design. Diego uses strong and sometimes bizarre visuals to grab the attention of the people whilst always having a handmade quality to his visuals and typography.

He is the first ever Latin American to receive an award in the Golden Bee Moscow Global Biennale of Graphic Design in Russia. He won the World Illustration Award 2016 in London for the mural work Nicanor Parra, 100 Años. Thanks to this he was integrated as a member into the international Association of Illustrators, AOI. He was nominated for the Award of Excellence in Graphic Design 2014, Chile. He has collaborated with the polish animation studio SE-MA-FOR, winners of 2 oscars in Animation, in the creation of 2 posters to celebrate the short film Pedrito y el Lobo, winner of the Oscar in 2008. His works have been presented in various international poster biennales with a total of 25 exhibitions and 4 individual exhibitions. This year he is preparing a new exhibition in the gallery Plakatu Polskiego, in Krakow, Poland.

We asked Diego our “Poster Poster Questions” and this is what he had to say:

The author’s poster is a medium to express opinions on social, political and cultural issues. It is the last refuge left to the graphic thinkers to express themselves as citizens that has not been prostituted by advertising. The reasons for making a poster are:

First to help show what are the current social issues, shortcomings, injustices and inequalities in addition to celebrating the development of culture and the arts. Second without the previous point this could not be possible: Freedom to express my opinions through the method that I understand the most and is easier for me to convey: Paint and create poetic images. Third the idea of talking without anyone telling me what I should and shouldn’t say. Fourth the idea that without funds I can share my opinion with many people without requiring an editor, without asking for funds from the state and not depending on the approval of an outsider in order to do it. Fifth the idea that as a society we should celebrate the culture and not the consumption.

A good poster must speak about human beings, his relationships with himself, with the environment, his traumas, happiness, misery, lies, dreams, failures and successes. It should be an issue that speaks the real world, and if possible, link it to the personal experiences of its creator. Speaking from the real world from your experiences and authenticity. After that, try to make the work visual in as many places as possible to operate as a small contribution to the awareness of the problem.

Review and challenge the “official truth” is always necessary. In a society where smooth, shiny and soft is valued and is not offered any opposition, the poster, as a metaphor of being and uncomfortable and unpleasant wrinkle, a stain that soils the neatness of consumption and production, it becomes a voice saying to society: “take charge of your damn mistakes and recognize that we are a fucking race.” The poster is a spot of mud on the soft screen of the new iPhone: It brings us back to real world, dirty, dark and uncomfortable and takes us out of hypnosis given by the illusion of the disinfected characteristic of the consumer society and production.

Firstly I look for a topic related to many of the current issues. Just open a newspaper to have a several. Then I make a quick sketch with some remarks on the message, the content and form. I think of the metaphor and double reading of the image and finally create the image with different materials.

5. If you could chose a poster in history as your favourite, which one would it be and why?

I do not remember who did it, but I remember the image. It was a poster of the sexual abuse of miners. The image was made with a polish code: a simple patch of black ink on a background of neutral color. It was a black teddy bear, lying face down, with a big black arrow sticking out of his back. That made me understand what is the complete meaning of a poster: The voice of a dirty reality, the social communicators role as a poster artist, the simplicity of the message, the accuracy in the use of minimum resources.

They should stop talking about themselves and looking at their owns navel. Stop being self-referential and looking for “followers” on social networks. To lift your head up from the screen, your Instagram and Facebook and look at the real world. Read about the miseries that happen thousands of kilometers away. The miseries that kill refugees, drowned children on the beaches and show the terrible conditions that people are living, literally and spiritually.  Do not expect to make friends if you want to make posters. It is preferable to have enemies who hate you for displaying empathy and being conscious about the reality than having friends who flatter you for being a selfish narcissist disconnected from reality.

Does it sound boring? Well, that is to be a social poster artist. 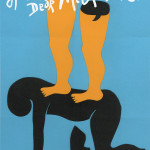 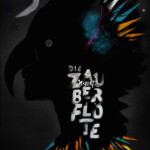 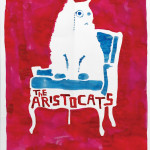 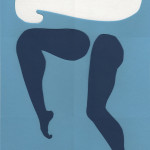 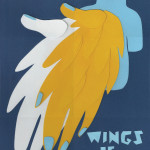 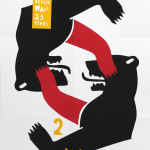 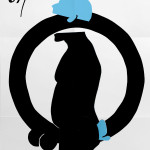 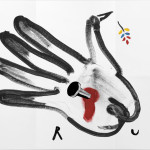 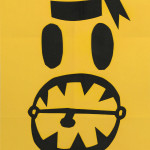 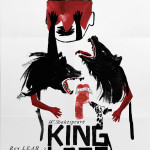 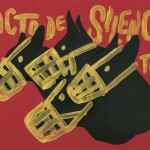 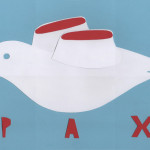 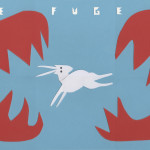 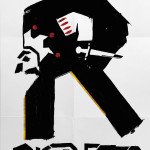 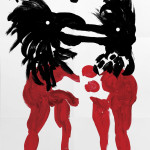 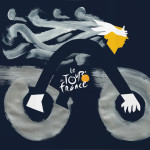 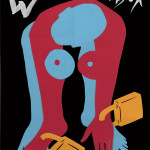