Our new Poster Master needs no introduction. Stefan Sagmeister is amongst today’s most important and influential graphic designers. He has been a hero and a personal source of inspiration for many of the members of the Poster Poster family, and we couldn’t be more thrilled to share his work with you.

Stefan Sagmeister studied graphic design at the University of Applied Arts in Vienna. He later received a Fulbright scholarship to study at the Pratt Institute in New York. There, he founded Sagmeister Inc. in 1993 and has since designed for clients as diverse as the Rolling Stones, HBO and the Guggenheim Museum. He was nominated 8 times and finally won two Grammy Awards for his package designs. He is the author of several inspirational books, including the famous Things I Have Learned In My Life So Far. His solo shows have been displayed all over the world, including Paris, Zurich, Vienna, Prague, New York, Los Angeles, Toronto and Tokyo. His TED talk received over 2 million views and he has earned practically every important international design award that exists.

Stefan teaches in the graduate department of the School of Visual Art in New York and lectures extensively on all continents. In 2012 designer Jessica Walsh became a partner and his company was renamed into Sagmeister & Walsh. He argues that big changes need time, and every seven years, he declares a yearlong sabbatical in his studio. He is a daring provocateur who pours his heart and soul into every piece of work he creates and is not afraid to break rules the and cross the boundaries of design.

We asked Stefan our “Poster Poster Questions” and this is what he had to say: Hello Hello my name is Stefan Sagmeister and I will talk about the poster.

1. What does the poster mean to you and why do you design posters?
Well altogether sadly because I used to like this quite a bit myself I think it is dead.  Most of the posters that I see and many of them that we do here and there are basically nostalgic meaning that they are done because designers still love to do them but there utility as far as medium of proper promotion or advertising is extremely compromised.  You know considering when we can put some real thought into a small video that can get 100’s of thousands or maybe even millions of hits it is sort of difficult to justify to print a thousand posters and go through the problem of actually putting them up in a city.  Most cities, most new cities specifically when it comes to cities in Asia and the United States are built for cult graphic and the poster obviously makes not a lot of sense in a city like that so that leaves us to a large extent to European cities and in many of those the culture poster because of the spaces are at a premium have been taking over by the commercial poster so which leaves us those little things that you know designers do for lecture posters or paper promotions and things like that and that is nice as a hobby but it is not really a real medium.

4. If you could chose a poster in history as your favourite, which one would it be and why?
My favourite posters as far as poster history is concerned would probably be somewhere that Mickey Mouse poster that Grapus the French group (probably my guess would be in the 70’s) would be up there aswell as that beautiful blue bone from Makoto Saito for a Buddhist temple I think in Japan.  Those of course were the posters that I first saw when I was very young and that impressed me incredibly. 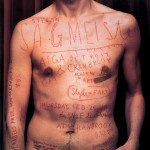 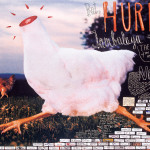 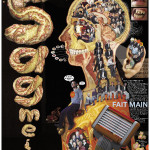 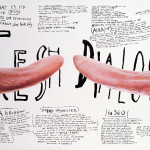 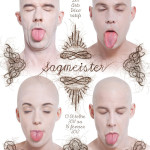 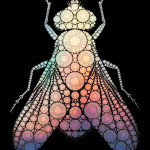 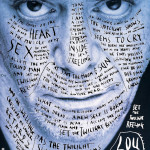 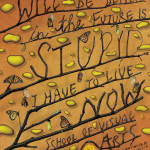 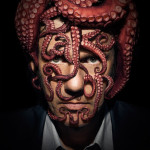 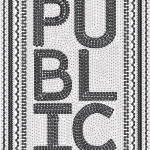