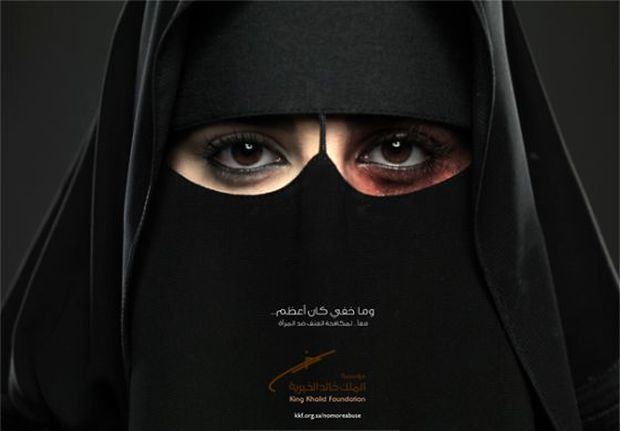 On April, last year, the First anti-macho violence campaign in Arabia Saudi was released. The slogan in the poster reads: “Some things cannot be hidden”. This image was designed to create awareness about women rights. Many Saudi Arabian female citizens suffer from daily physical and emotional violence and they are unaware about their rights to defend themselves.

In an investigation conducted by the Family Security National Program, results show that one out of six women suffer from some kind of violence every day and in 90% of the cases, they were being abused by their husband or their father. This situation has reached critical levels. Recently, a 5 year old girl died because of this type of abuse. Awareness about the topic is the first step to create the real mind shift necessary to solve this problem.