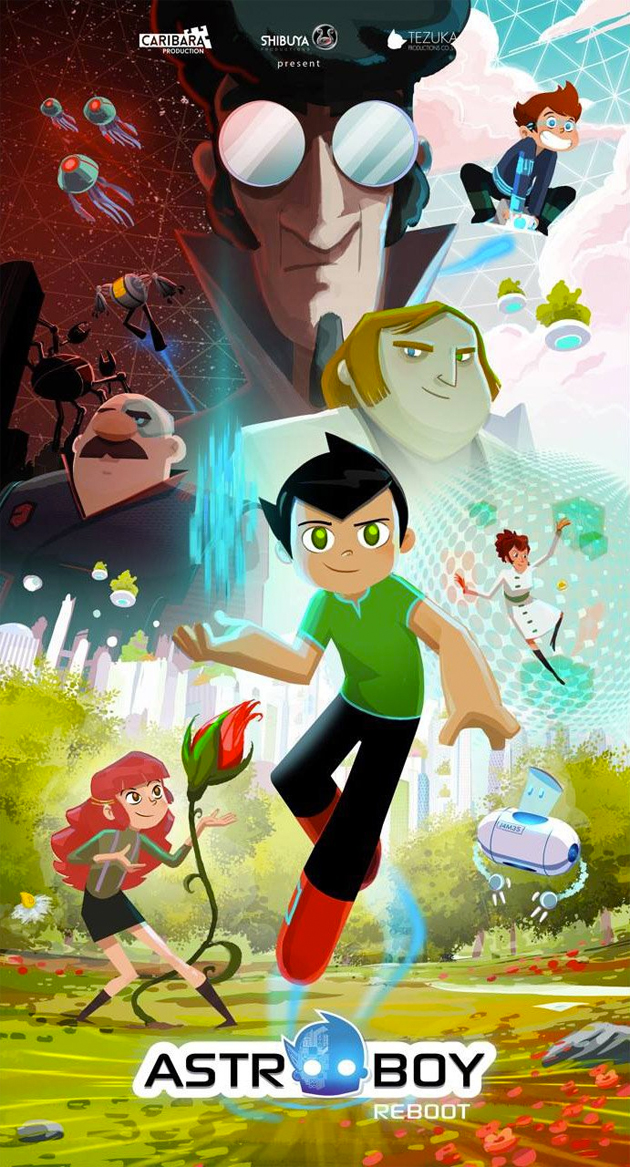 Based, on the popular manga and anime series created by Osamu Tezuka, Reboot represents the latest iteration of the popular series Astro Boy, which is slated to kick off in 2017. AnimeNewsNetwork has released the long anticipated poster, which shows the design of the main and supporting characters. What do yo think about the poster? Were you a fan of the Astro Boy series? Will you watch the Reboot? Let us know in the comments below!