Is This Donald Trump’s Most Hated Artist? 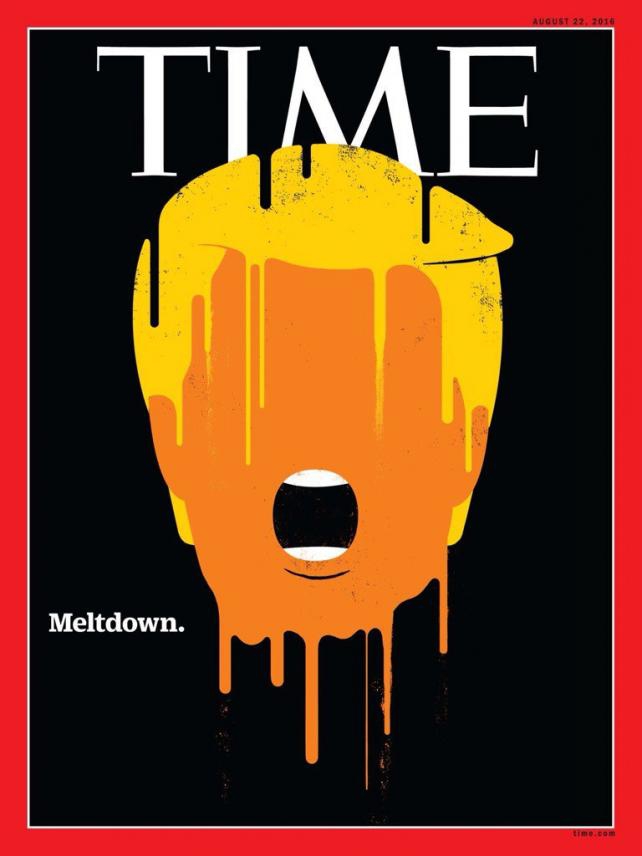 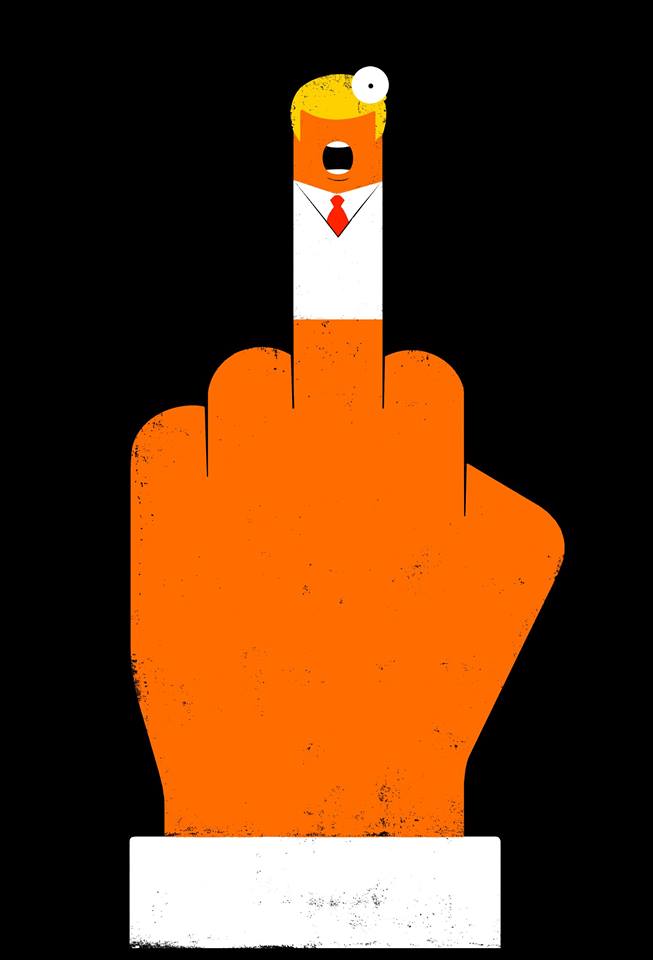 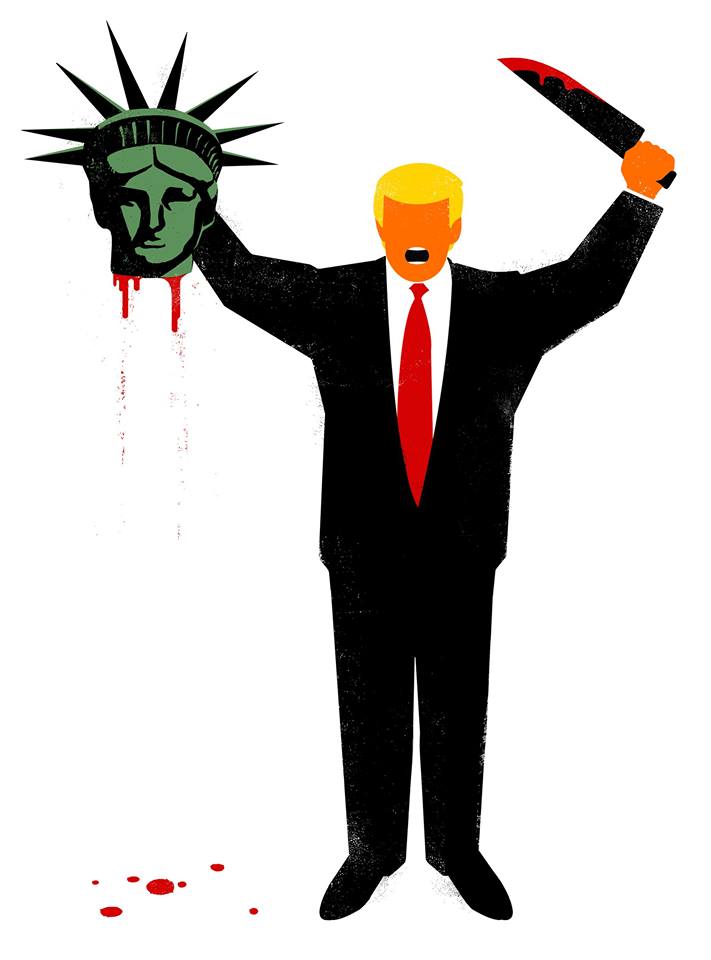 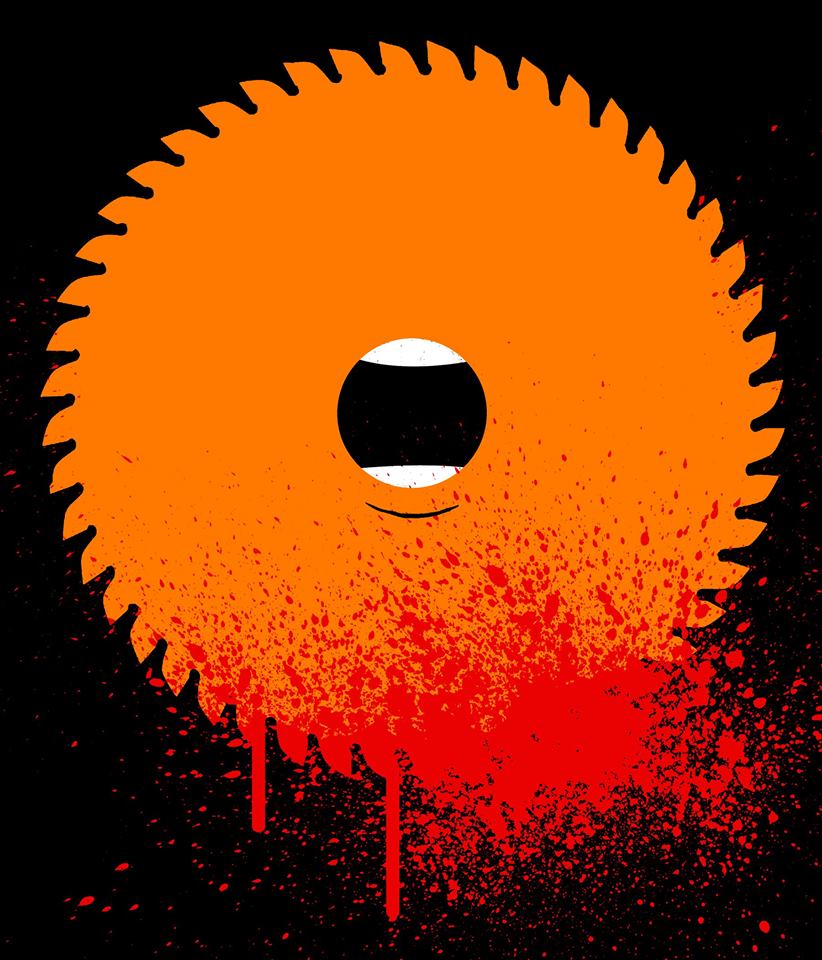 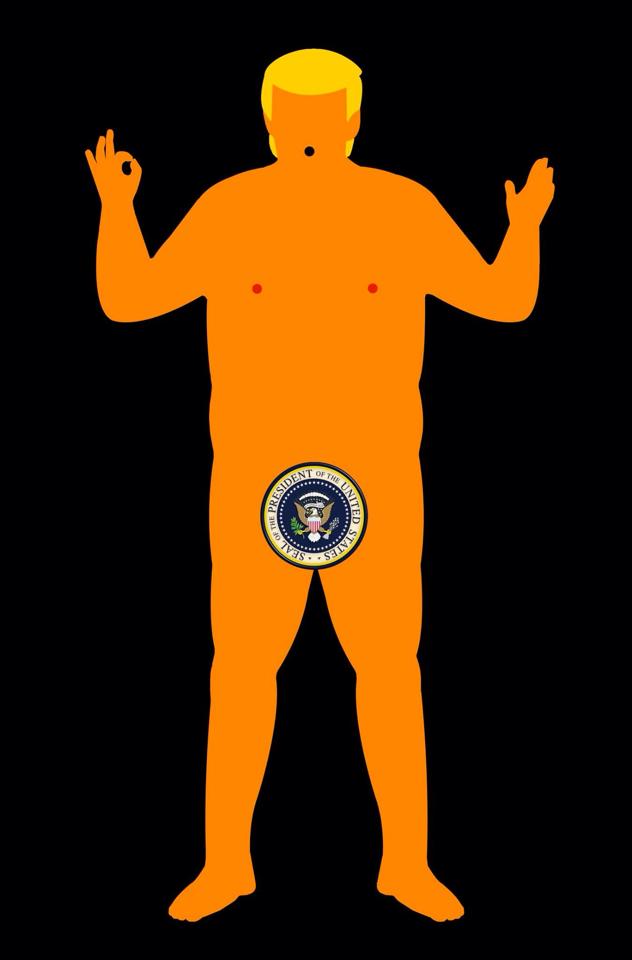 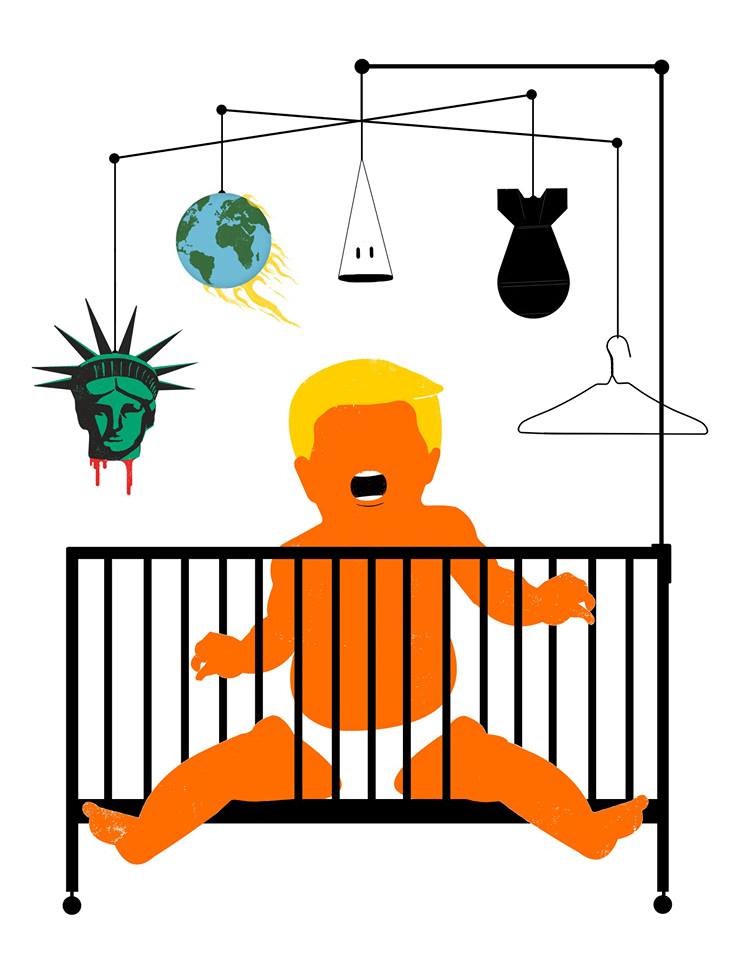 Edel Rodriguez, an artist whose brutal depictions of Donald Trump have graced recent covers of Time and Germany’s Der Spiegel. Rodriguez emigrated to the U.S. from Cuba as a 9-year-old political refugee; he’s since become one of the world’s leading magazine illustrators.

Rodriguez’s two Time covers, rolled out as Trump’s presidential campaign seemed to be tail-spinning out of control, portrayed Trump melting into a drippy puddle, like the Wicked Witch of the West. Then, of course, Trump won. In one Der Spiegel cover published just days after the Nov. 8 election, Trump’s head is depicted as a fiery hurtling sun about to devour Planet Earth. That one was outdone by their latest cover: Trump triumphantly holding aloft the Statue of Liberty’s decapitated head.