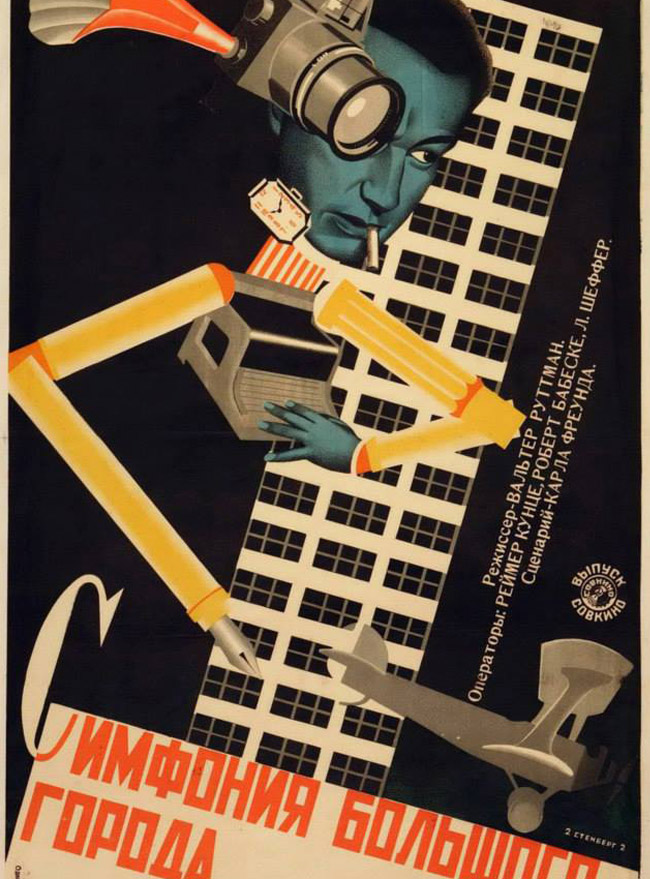 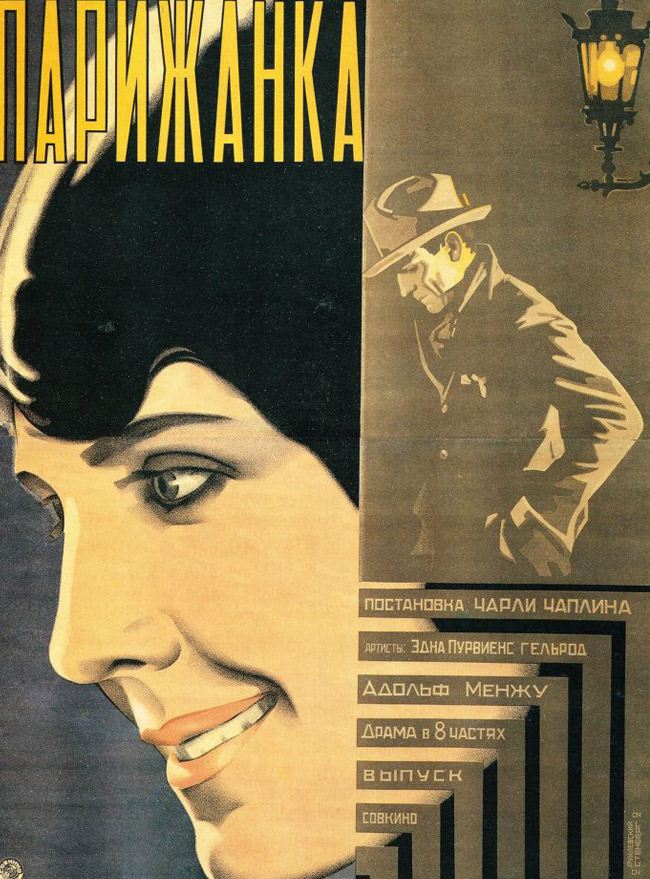 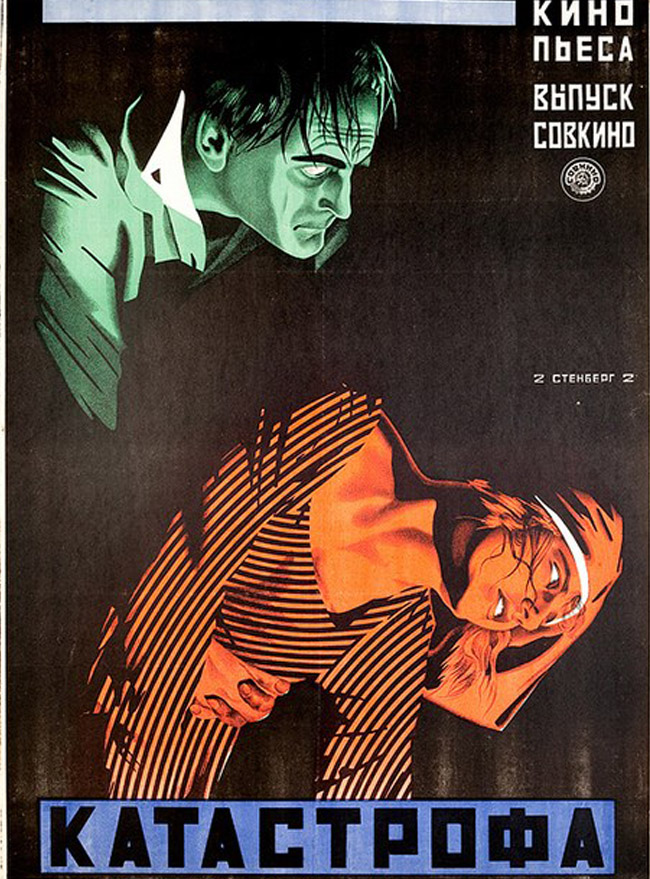 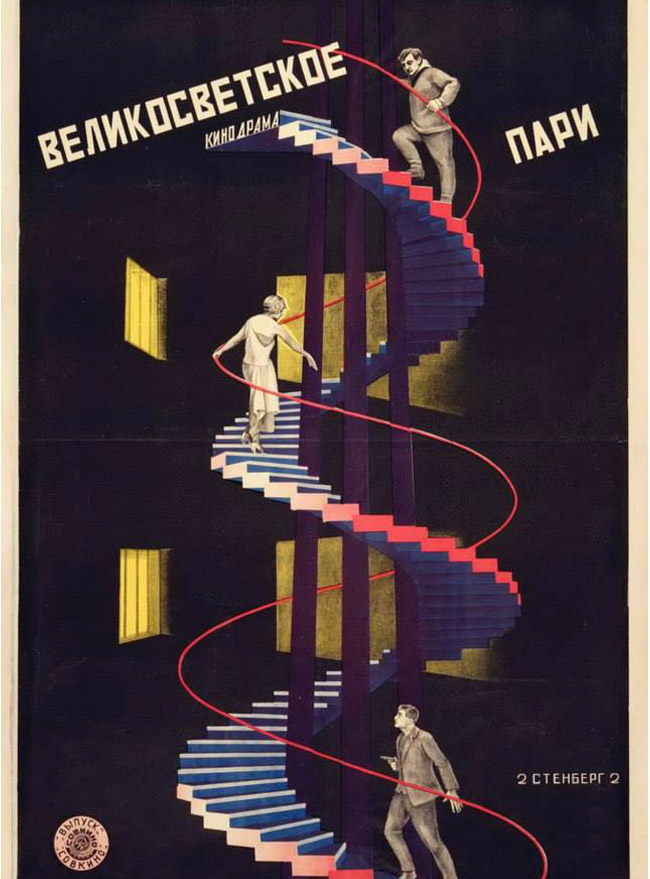 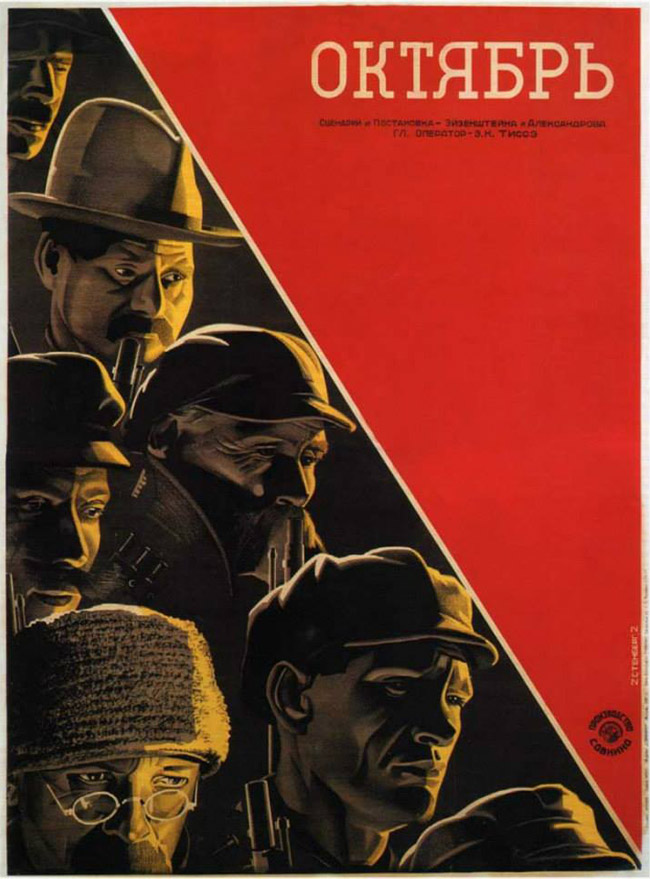 Born in 1899 and 1900 respectively, Vladimir and Georgii Stenberg both studied engineering and fine arts at Stroganoff School of Applied Art. They began working as sculptors, architects and designed railway carriages and theatre sets, among other things, before going on to design hundreds of cinema posters for films, from documentaries to Buster Keaton comedies. Some suggest that a key to their graphic success was their deep-rooted knowledge of the theories and methods of theatre and film-making.

The brothers, who always worked in collaboration, were prominent members of Moscow’s avant-garde – held in high regard for their stylistic representation of films’ subject matter and with their photo-realistic rendering. While many of the pieces have the look of Dadaist photomontage, nearly all of their posters were illustrated. Technological limitations of the time meant that collaged images could not be reproduced to a high standard, so the brothers developed a prototype overhead projector, allowing them to project and distort images, portraits and film stills on to their posters which they then illustrated by hand.

Although these Constructivist gems were produced en masse, few copies remain but the geometric forms, distorted perspective, creative cropping and montaging of different elements and kinetic typography displayed in these posters remain a vital source of inspiration. Via Stephen Ellcock.