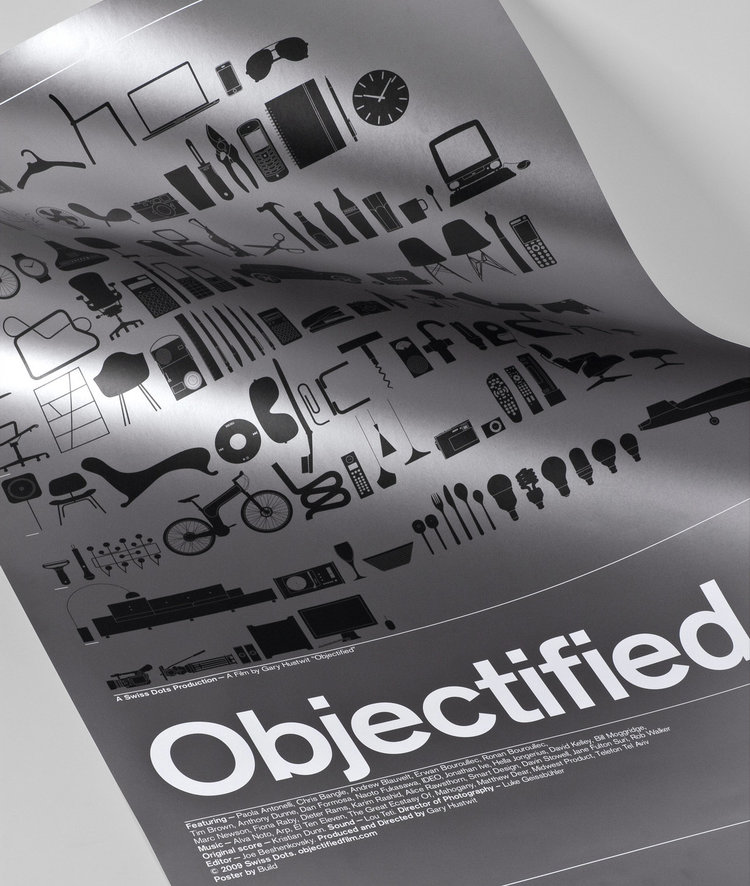 The design film Objectified is celebrating it’s 10 year anniversary, and while many things have changed and evolved over time, a lot of its core questions such as sustainability, consumption and the role of design are still as relevant today as they were 10 years ago. To celebrate the Anniversary the organizers are re-issuing the metallic silver Objectified poster designed by Build, which has been out-of-print for over six years and to make it more fun they are adding 10 new objects to the poster from the past decade. You can Pre-order the poster now and if you do it before April 13th your poster will be signed by Gary Hustwit.

You can also order the 3-poster bundle of Helvetica, Objectified, and Urbanized, and save $15!