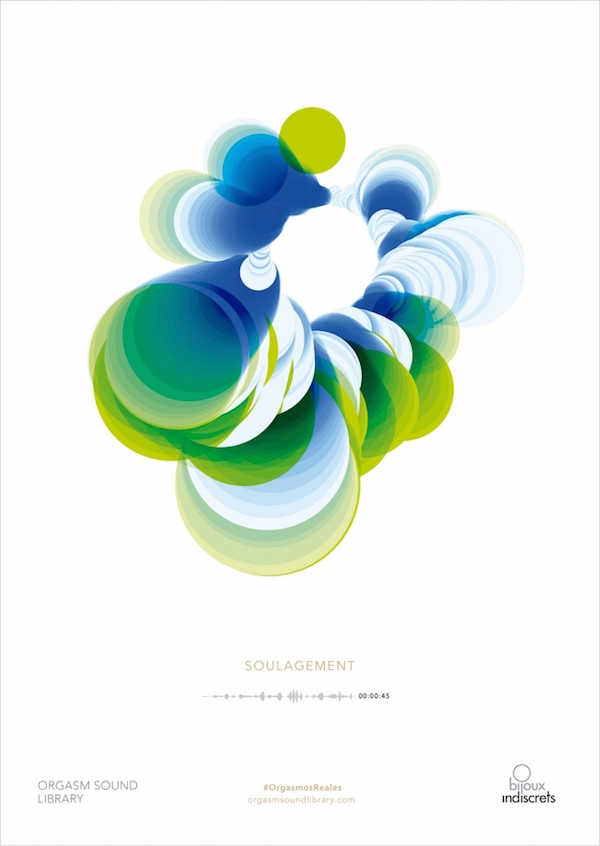 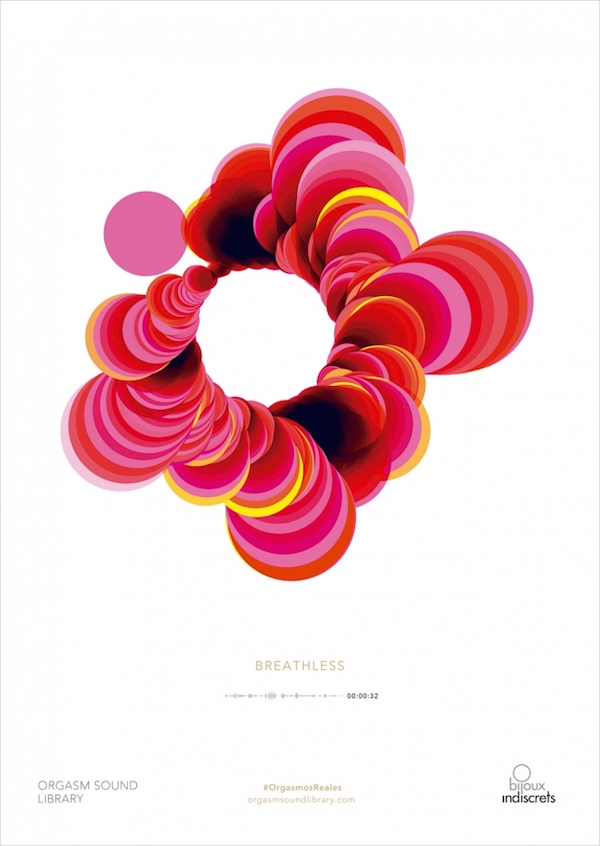 The brand also discovered that nearly 23% of women never experience orgasm during sex, 52% have feigned orgasm at least once, while 12% always or almost always fake her orgasm.

In partnership with agency Proximity Madrid, Bijoux Indiscrets aims to challenge the stereotyped perception of how a female orgasm sounds–generally the hot, heaving and passionate cries often depicted in pornography–through the ‘Orgasm Library’. Women were invited to upload their orgasms anonymously to the online library, where the audio was translated into visual form and turned into colorful posters.

Adweek reported that the brand and agency intend to release a documentary as a follow-up to further explore how fiction has influenced people’s sexual behavior.