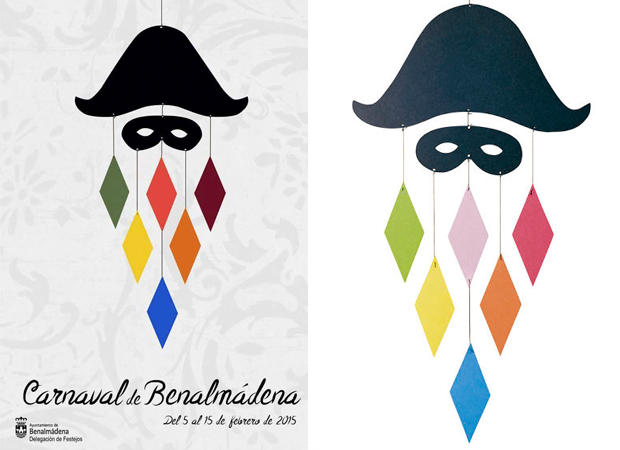 The City Council of Benalmádena in Spain has been forced to withdraw the Carnival poster contest winner due to allegations of plagiarism. The complaint was made by Daniel Rios Martin, a designer of the Andalusian town who detected that winning poster to announce the municipal festivities, titled Il Arleccio and created by local artist Antonio Galván was extremely similar to a mobile piece by  the Danish Christian Flensted.

After the plagiarism accusation the jury decided to give the 300 euro award to the second most voted proposal, the poster titled La Ilusión de un niño (The illusion of a child) by Antonio Jiménez Pérez.

What do you think about this story? Do you agree that this is plagiarism?Do you know similar stories of other contest winners? Share them with us!

Find more information about this story (in spanish) here.