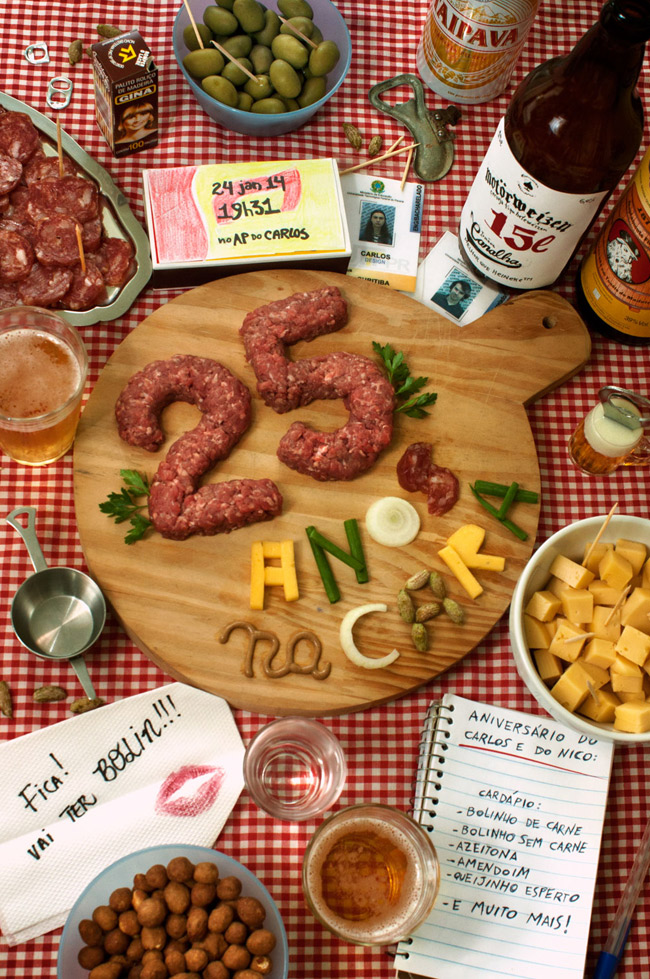 This second Poster Monday spot belongs to Carlos Bauer and Nicholas Pierre for designing this beautiful poster entitled “25 anos na cara”. Carlos And Nicholas are two Brazilian guys who meet at the university and decided to work on some projects together. They both graduated from the Technological Federal University of Paraná (UTFPR),

Carlos Bauer was born in Mafra (SC) in 1989 and moved to Curitiba (PR) to study Design in 2007. He’s worked for design studios such as Feel the Future and Designit Brazil, and since 2012 he works as a freelancer. Nicholas Pierre was born in Castro (PR) in 1989. His graduation project proposed a new product design for a well-received ceramic cookware brand in Brazil: Ceraflame. Currently he is working as a Graphic Designer and Illustrator.

Casualness and sense of humor are the spirit of the Brazilian dive bars atmosphere and the inspiration for 25 anos na cara (25 years on our faces)., as te authors explain: “The process for creating “25 anos na cara” was very spontaneous. We did some visual research and sketches for what we expected from the composition and then we prepared the scene elements and adjusted the layout by taking photos. The best part and the biggest challenge was to set the typography of the title using food”.

The idea of creating this poster from real food and objects was to use analogue techniques and a collaborative process. While Carlos and Nicholas struggled with the visuals, Isabela Nishijima, part of the team, took the shots. One funny fact about it was that once the poster was finished they ate and drank everything you can see in the picture; a good way to celebrate a job well done!

If you would like to know more about this two designers visit  Carlos and Nicholas‘s personal behance accounts.