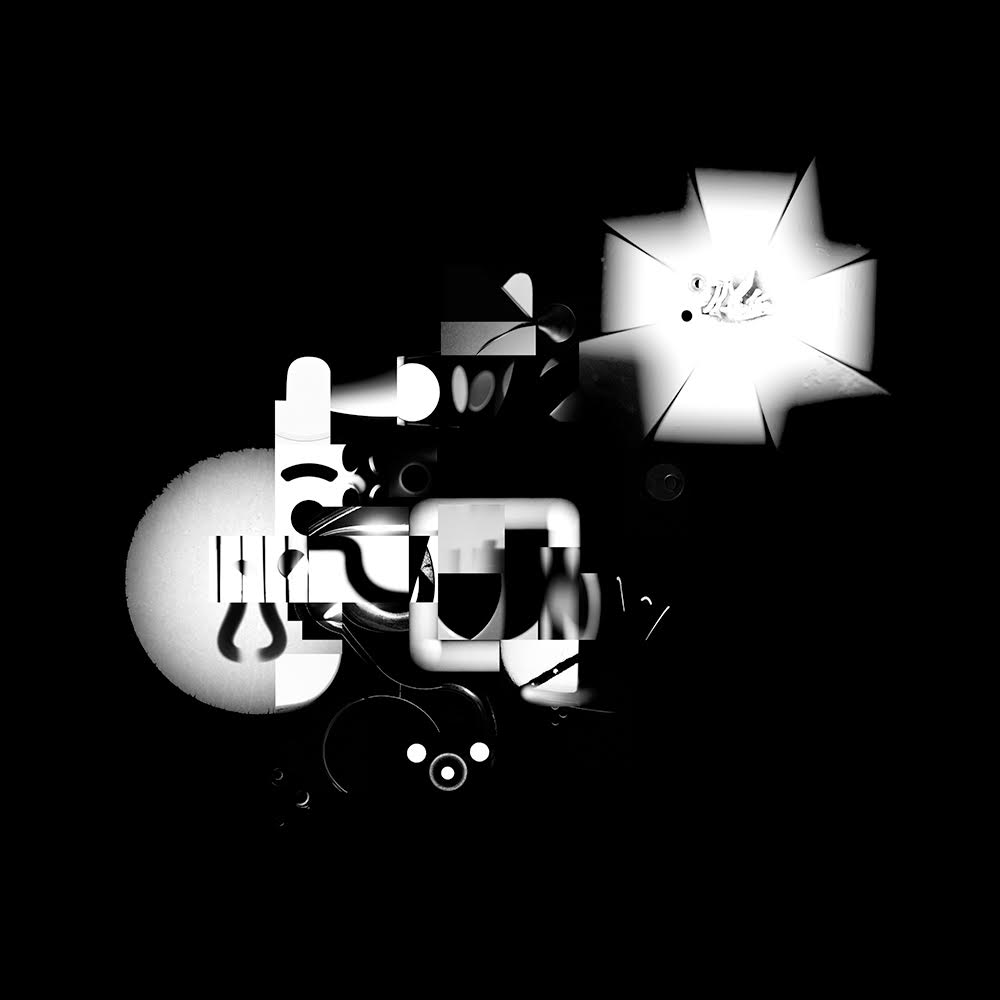 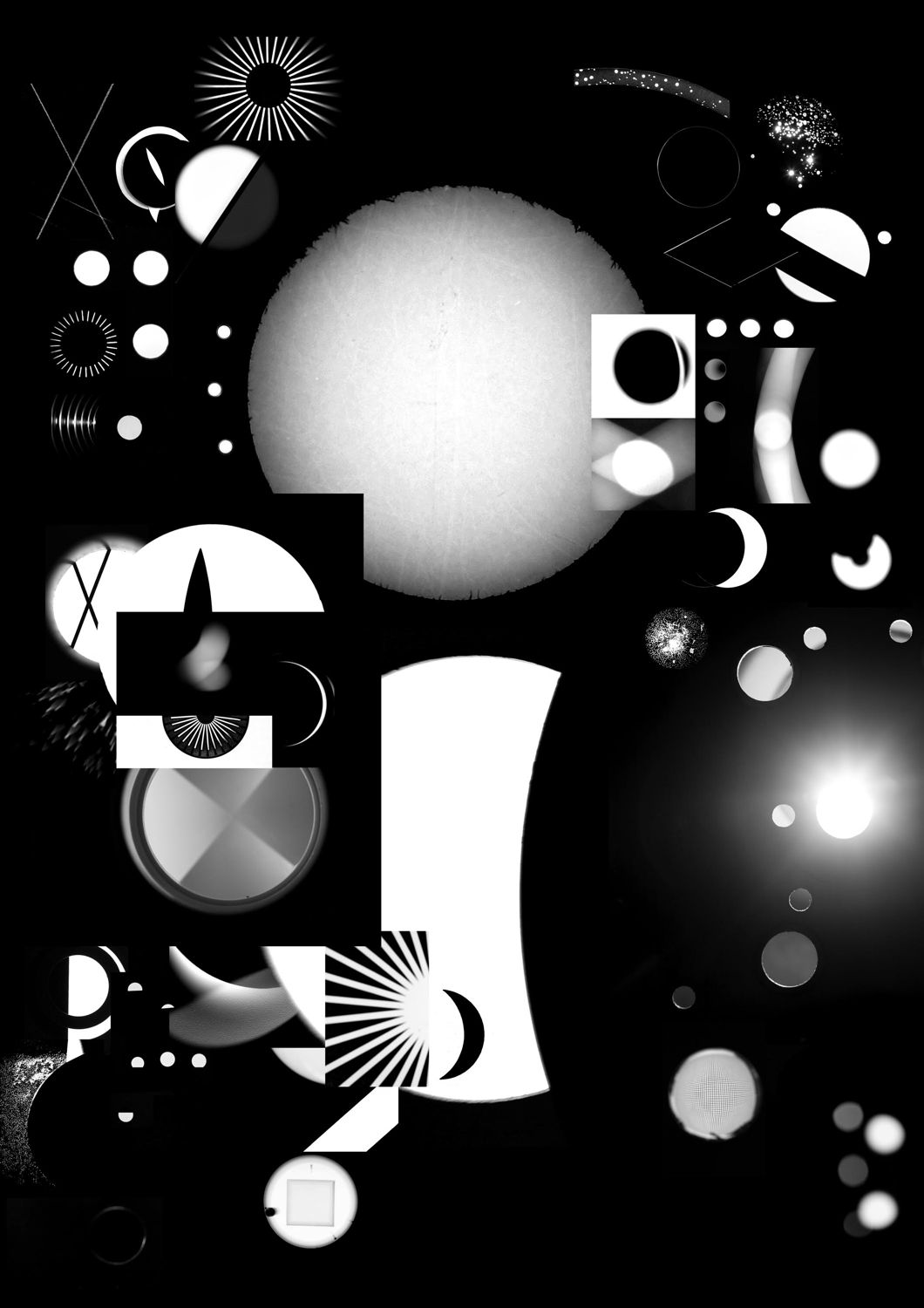 When Jean-Benoit Levy, a Swiss graphic designer living in San Francisco decided to create a poster to celebrate the 50th anniversary of the Apollo 11 mission, he contacted Martin Venezky for the pictorial part of the graphic piece he was planning.
Jean-Benoit Levy has long observed the poetic photo-compositions of Martin Venezky, who holds an MFA in Design from Cranbrook Academy of Art, and was dreaming of working with one of his compositions for a long time.
When Levy chose the moon for his theme, he approached Venezky, who accepted the challenge. The Swiss poster designer demonstrated how he worked with previous photographers on other projects, often interacting with the photo-process during the creation of the photography.
Venezky’s process, which he calls “photo construction,” starts with an actual-size collage of standard photo prints in which all kinds of elements have been captured: blurry light effects, paper cutouts, circular metallic parts from mysterious machinery, and many more visual moments that have been accumulating in his visual treasure box. Those paper images, pinned into a rough composition are the start of a process that can take weeks. Later on, after further refinements, Venezky will prepare layered Photoshop document from the original digital files. That is what he handed over to Levy, who took over the second part of the process.
Levy, who studied at the Basel School of Design, is known for his integration of type and image in his large format street posters created for commercial clients and cultural events. For this poster, he used information about Apollo 11’s travel from earth to moon and back between July 16th and 24th, 1969. Date such as the trans-lunar and trans-earth coast, the precise number of hours the mission took, and the exact time on the moon at the moment of the first step is all included. During the voyage part of the lunar module was left behind on the moon. An excerpt from the plaque on its ladder, “Here men from the planet earth first set foot on the moon July 1969 A.D.  We came in peace for all mankind,” is highlighted to remind today’s earth inhabitants, fifty years later, of the mission’s unifying spirit.
Additional elements – a countdown, the phases of the moon, two NASA photos of the earth and the moon – have been integrated into the adjusted and repositioned photo construction. Finally, hidden in one of the many moon variations, a qr-code triggers a one-hour audio of the most important moments of the 195-hour mission, giving this poster a further interactive dimension.

Two completely different graphical approaches have been intertwined into a unique collaboration for this self-produced Swiss poster-size work. This collaborative experience is a symbol of concord, where two visions have turned their momentum into a playful, poetical and original design.

If you would like to know more about Jean-Benoit Levy works visit his web page and the web page of Martin Venezky
Remember to submit your posters to be featured in our coming editions of Poster Monday.