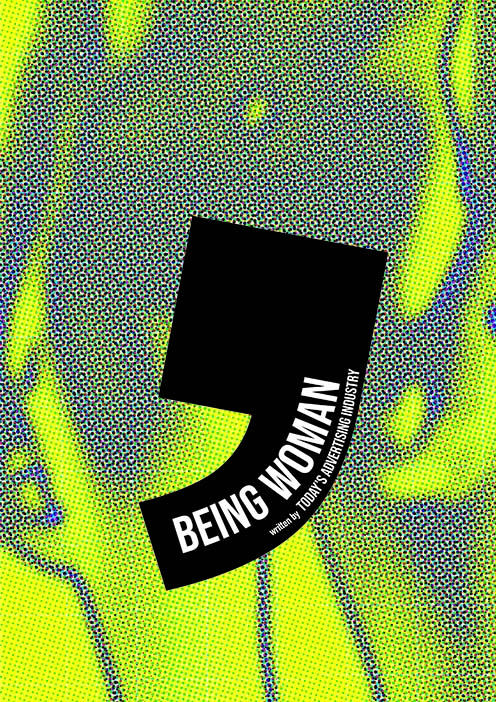 For the first Monday of October we present the poster “Being Woman” that comes from Turkey and is the work of the young designer Ece Batur, he studies at Yeditepe University. “I want to share my thought-through design and this so important for me. In my opinion, making posters is something both artistic and social and also useful if you want to be a voice for the ones who needed. I feel powerful and valuable at the same time when I make posters. The thought of bringing together things that I care for and like to do is so sacred for me” says Ece.

The main idea of the poster “Being Woman” is symbolize two different aspects of the advertising industry; the first is that advertising is dominated by usually males and old perceptions are still very popular about women in daily life a woman has in the commercials, the second one is: The woman in pop culture that we can barely identifies the real shape of itself. It almost like the advertising industry shaped us and gave as the original shapes we must fit, and that’s why there is a vast comma that symbolizes male perception in advertising industry which forms the woman and gives the roles that they thought women should play. It feels like advertisements shapes target audience but not the audience itself. They made us believe this is normal and even if they act as they care about equality and gender roles in the society there is always a but or a comma comes after that they show their real face. Also, there is a script title like writing which represents script and roles they gave us to play in daily life, which has a massive effect on our society’s subconscious. “I designed a poster which has a woman figure at the background, but we can’t see her genitalia because of an enormous comma which represents the advertising industry which is dominated by men. The comma is symbolizing the advertising industries. That’s why the comma looks like male genitalia”.

If you would like to follow Ece Batur’s work visit his behance. Remember to submit your posters to be featured in our coming editions of Poster Monday.