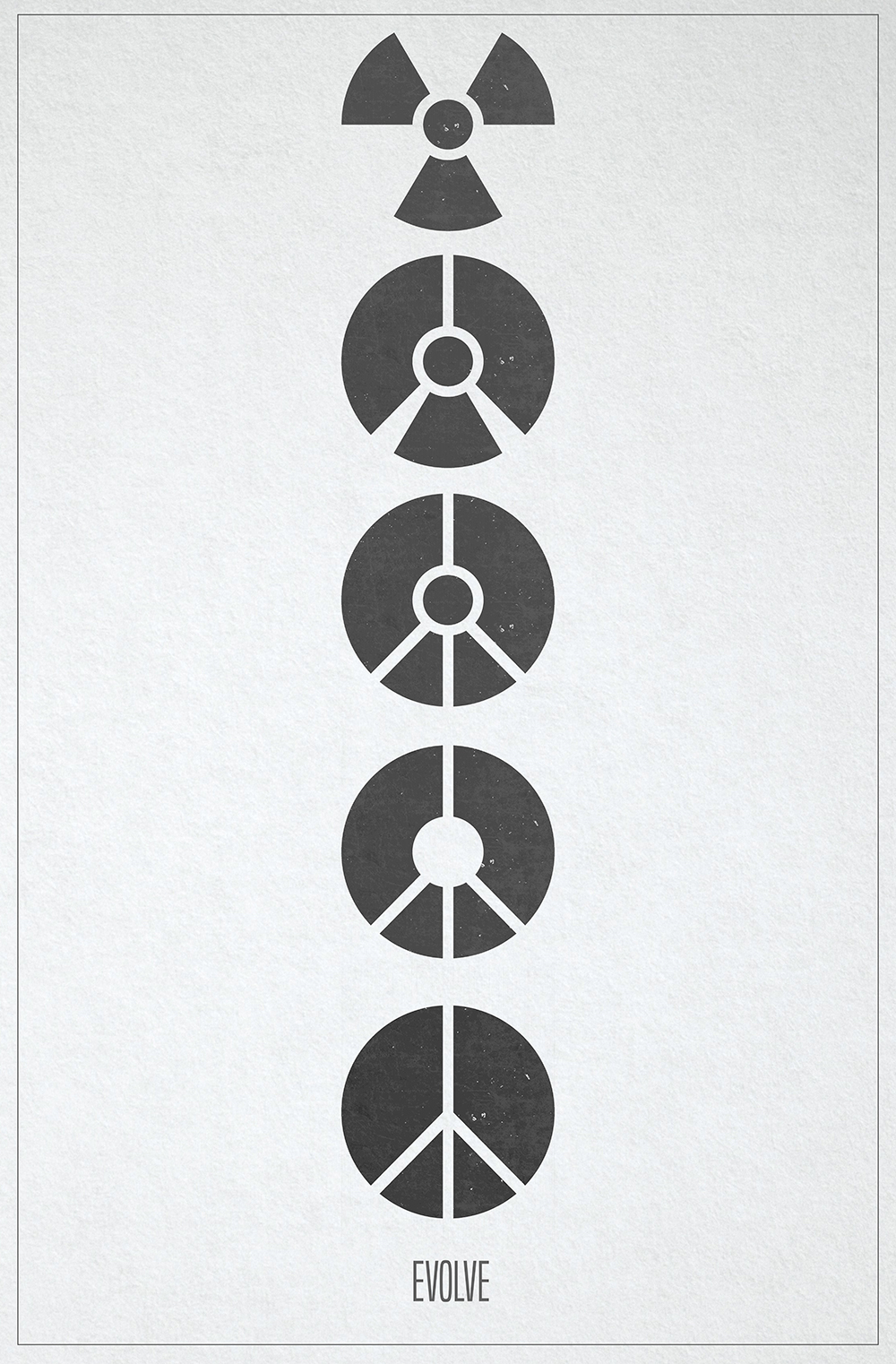 The Poster Monday spot of the day is for “Evolve”, designed by Irena Milojeska from Macedonia. Irena is a third year student of architecture at the University of St. Cyril and Methodius in Skopje, Macedonia. “As a non-professional young student, I would like to say that I am new in this and in process оf intense working and getting acquainted with this type of designing” says Irena.

The poster “Evolve” was produced for the DISARMAMENT POSTER CONTEST 2016 in the honour of the commemoration of the 70th anniversary of the first UN General Assembly resolution, which established the goal of eliminating nuclear weapons and all weapons of mass destruction. The aim of the contest was to raise awareness of the need for nuclear disarmament and to promote a world free of nuclear weapons.

Irena еxtracted the two keywords that dеscribe the theme – NUCLEAR WEAPON/PEACE and visualised them using their recognized symbols and presented a 5 stage transformation in which the of the symbol of mass destruction gradually shifts in the symbol of peace representing a clear visual message which alludes on a completely forgetting about the existence and use of nuclear weapon and focusing on a better wolrd where peace reigns.

Remember that if you would like to see your work featured on Poster Monday visit our submissions page and send us your work.