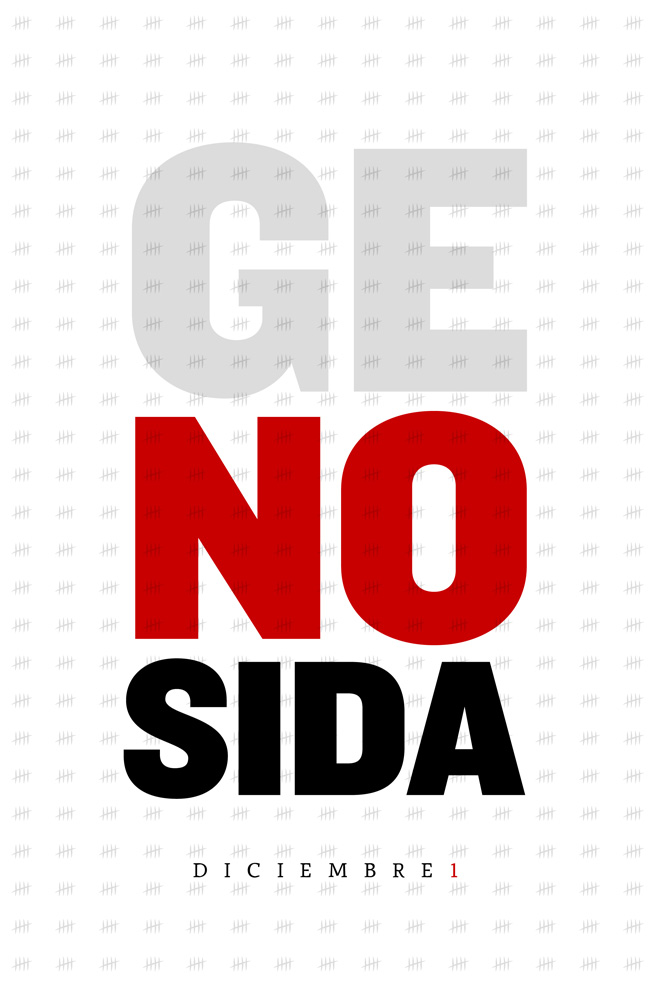 The second Poster Monday spot of the day goes to Edwin Moreira Balladares from Nicaragua for his poster entitled “Genosida”. Edwin graduated from the School of Design at the Polytechnic University of Nicaragua. Since a few years he teaches and works as a designer in Crea Comunicaciones and coordinates Tipos Latinos (Nicaragua), an international typographic space dedicated to promoting development in Latin typography. Edwin specialties are the typography, editorial design and editorial illustration.

“In 2010 I was working as a graphic designer in a small newspaper called La Brújula and we had to publish a report on HIV. It occurred to me to produce a poster by only working with letters, since using one strong word could be sufficient. A word that might contain several concepts at once: GENOSIDA (Genocida / No Sida).” comments Edwin.

Mixing the spanish words Genocida (Genocide), and Sida (Aisd) Edwin produced a strong and direct message. This poster is part of the effort to continue to close the gap on the lack of education and prevention on this matter. At least that was his interest, for this reason the poster was released with a Creative Commons license.

If you would like to know more about Edwin and his work visit his personal site at moreiraballadares.com.