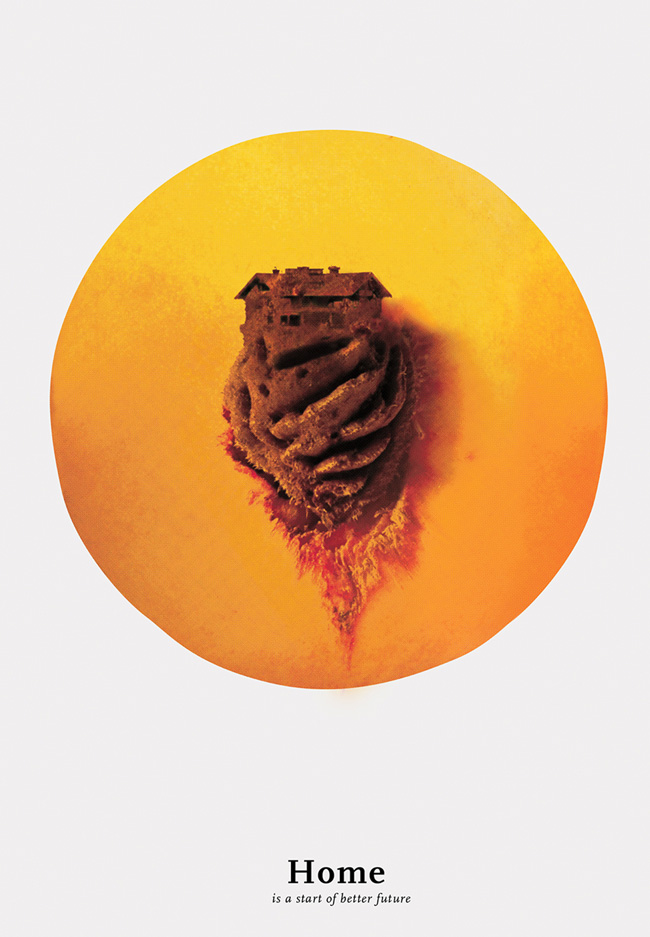 Peter Chmela is a graphic designer based in Bratislava, Slovakia. He was born in the small town of Dunajska Streda, Slovakia in October 27, 1984. While studying Graphic Design in Zlin, Czech Republic he attended an internship in R2 studio in Porto, Portugal. After school he worked for his graphic design hero, Stefan Sagmeister in his legendary studio in New York. Currently he is running his own design studio Chmela with his brother David, who is a typographer.

The poster we are featuring for this Poster Monday edition was created for the nonprofit organization 4tomorrow from Paris. According to Peter, the peach pit is really hard, almost like a stone. For so he used this comparison for doing this poster. A metaphor of the strength a good home environment should have.

Peter told us that he became a graphic designer because of posters. While visiting the International Biennial of graphic design in Brno, where he saw Stefan Sagmeister’s “Fresh dialogue” poster he decided his path. But as his hero, he has the feeling that posters are a nostalgic medium, because you can’t make out a living from them.