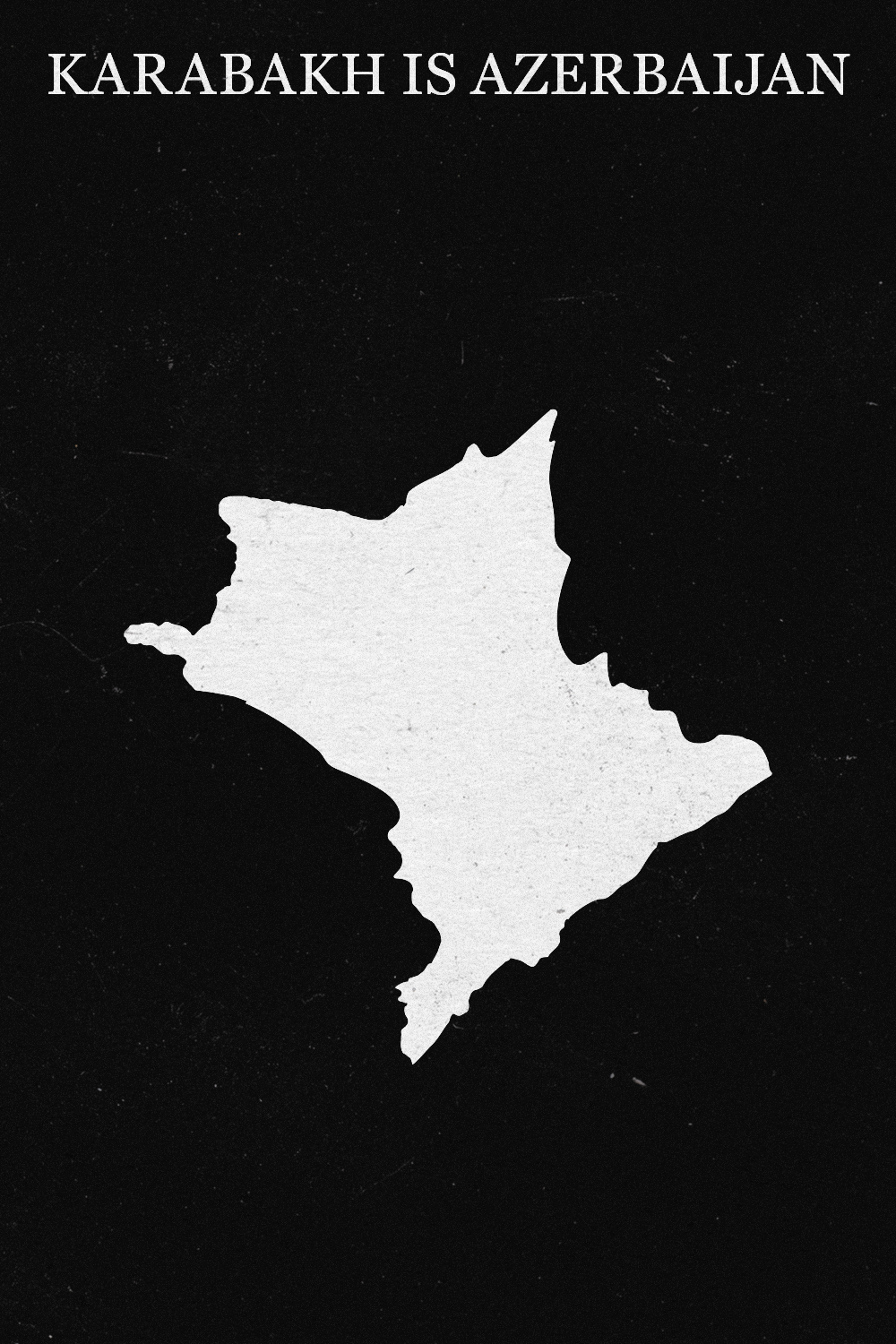 Nuriman Zakiroghlu from Azerbaijan is the author of the Poster Monday that we present today. He is a freelance graphic designer specialized in visual communication and visual solutions. Nuriman currently works as a graphic design instructor.

The poster “Karabakh is Azerbaijan“ indicates the current leaders of Armenia and Azerbaijan on the territory of Nagorno-Karabakh through the negative space. Armenia has committed genocide against the civilian population by involving ASALA and many other terrorist organizations in the Karabakh region of Azerbaijan, and about 1 million Azerbaijanis have been expelled from their homeland.
Despite the fact that for almost 30 years UN resolutions and most countries of the world recognize the genocide committed by Armenians against Azerbaijanis, and the Karabakh being the official territory of Azerbaijan, Armenia did not step back from its aggressive politics, even continued to violate the ceasefire.
Finally, on September 27, Azerbaijan responded to the Armenian aggressors’ violation of the ceasefire and attacks on Azerbaijani lands again. Since 30 years of peace talks did not yield any results, the Azerbaijani government rightfully started to resolve the conflict by protecting the territory from the occupation of Armenia.
However, instead of fighting on the front line, Armenians started killing civilians as always by sending missiles to other Azerbaijani cities outside far from the front which is a complete violation of the terms of the current Geneva Convention. Nevertheless, Armenian lobbies continue to spread false information without any evidence and to try to convince the countries of the world to intervene in the situation.
On the poster, you can see the current prime minister of Armenia, Nikol Pashinyan, on the left side of the map, and the current president of Azerbaijan, Ilham Aliyev, on the right.

Visit this behance to find more about Nuriman and his work and if you would like to submit a poster to be featured on Poster Mondays find all the info you need to participate in our submissions page.