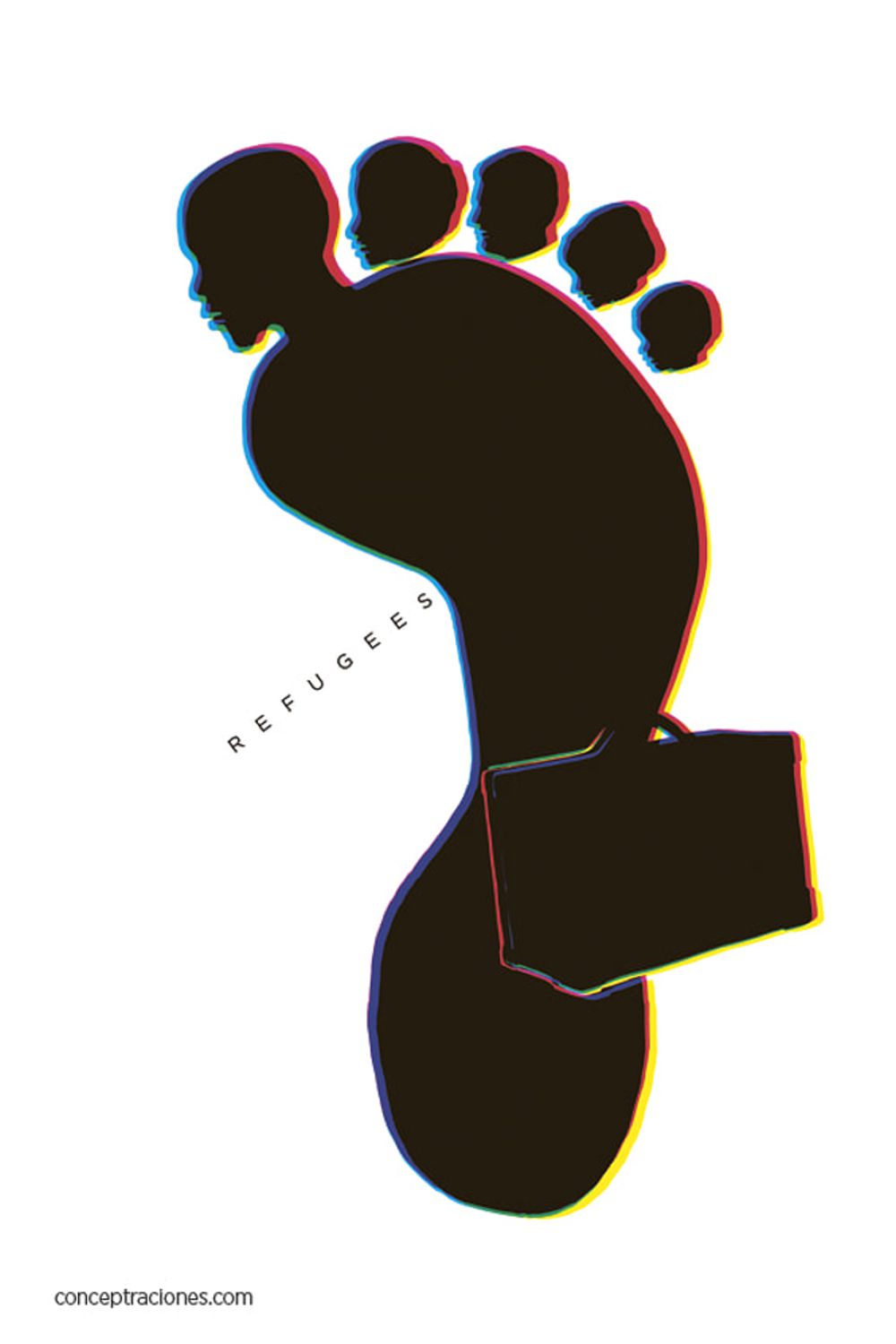 “Refugees” is the last poster of November, designed by Goyo Rodríguez from Burgos, Spain. He is a freelance illustrator and graphic designer “Two professions that I think complement each other wonderfully” tell us Goyo. He is specialized in textbook illustration; since 2004 he has collaborated in about 150 publications with the most important publishers in Spain, Grupo Anaya, Santillana, Edelvives, Grupo SM, Oxford, Bruño and Pearson. In his works, the use of symbolic elements and visual metaphors stands out thanks to a great capacity for synthesis and his ability to express complex ideas with minimal elements. This characteristic is very well reflected in the illustrations of the book “Moby Dick”by Anaya Infantil y Juvenil, publication that has received the Silver European Design Award,  2020 / Book & Editorial illustration and in his latest published book, “The portrait of Dorian Gray”, from the same publisher.
The poster “Refugees” shows a footprint, a trace turned into a group of people (of any person), symbol of constant movement, flight and dislocation. “I wanted to show the most simple and clear the suffering of some people who have to leave everything behind, to undertake a very hard path on foot, a path where refugees often find contempt and misunderstandings in en route countries and in host countries” says Goyo.
“Refugees” poster was made for the White Night of Oviedo 2017,”aan art gallery asked me for an image to be exposed on the street. Whenever I have the opportunity, I consider creating an image or poster social theme. This type of exhibition seems to me a wonderful vehicle to give visibility and show the public different social problems that occur in many parts of the world. In this case, I was inspired by the terrible migratory crisis in the Mediterranean area due to the different war conflicts in North Africa and the Near East”.
If you would like to know more about Goyo Rodríguez we invite you to visit his personal blog Concep-Traciones where you can also find more posters and projects from him. If you would like to submit a poster to be featured on Poster Mondays find all the info you need to participate in our submissions page.