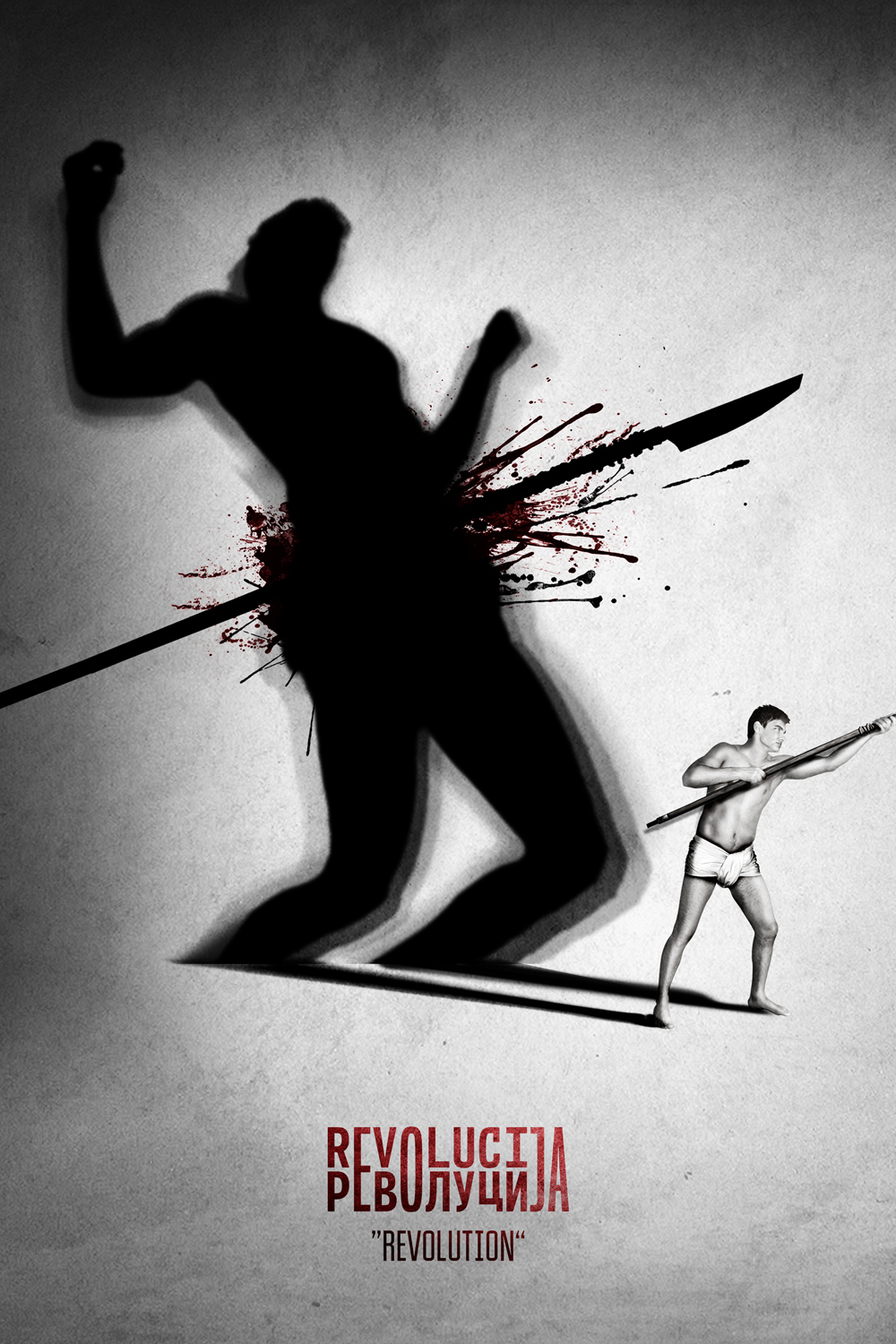 For this week’s Poster Monday spot we are featuring a poster designed by Nenad Milakovic entitled “Revolution”. Nenad was born in 1985 in Serbia. He is currently working as a professor at the College of Professional Studies in Education of Preschool Teachers in Serbia and has a master’s degree in Graphic Design.

The concept behind the poster “Revolution” is a well known phrase that says “Revolution eats its own children”. It is part of an eight poster series that is built around the difference between theory and reality using some usual social/political terms that were, throughout time, pushed upon us. The posters, in fact, critically follow the failure chronologies of the revolution in Serbia, but can be applied to other social movements in the world where concepts like revolution, transition, democracy, integration, tolerance, recession, inheritance, and freedom were only some of the false promises that different governments have tried to impose, often ending with a negative outcome. The posters show us that even though time passes the problems remain the same. While the posters carry the titles of these particular terms that we all know in theory, the image is completely opposite and shows the outcome of reality totally different.

“I can only hope that it will, at least, be a helpful warning sign. I’m not sure if art and design can always change the world, or society. Maybe its not wrong not to leave a mark in this world, but its surely wrong not to try. As long as we are trying, we can hope that we will have the chance to improve something or someone.” says Nenad.

If you would like to follow Nenad and his work visit his behance and If you want to see full poster series you can visit here.
If you would like to submit a poster to be featured on Poster Mondays find all the info you need to participate on our submissions page.