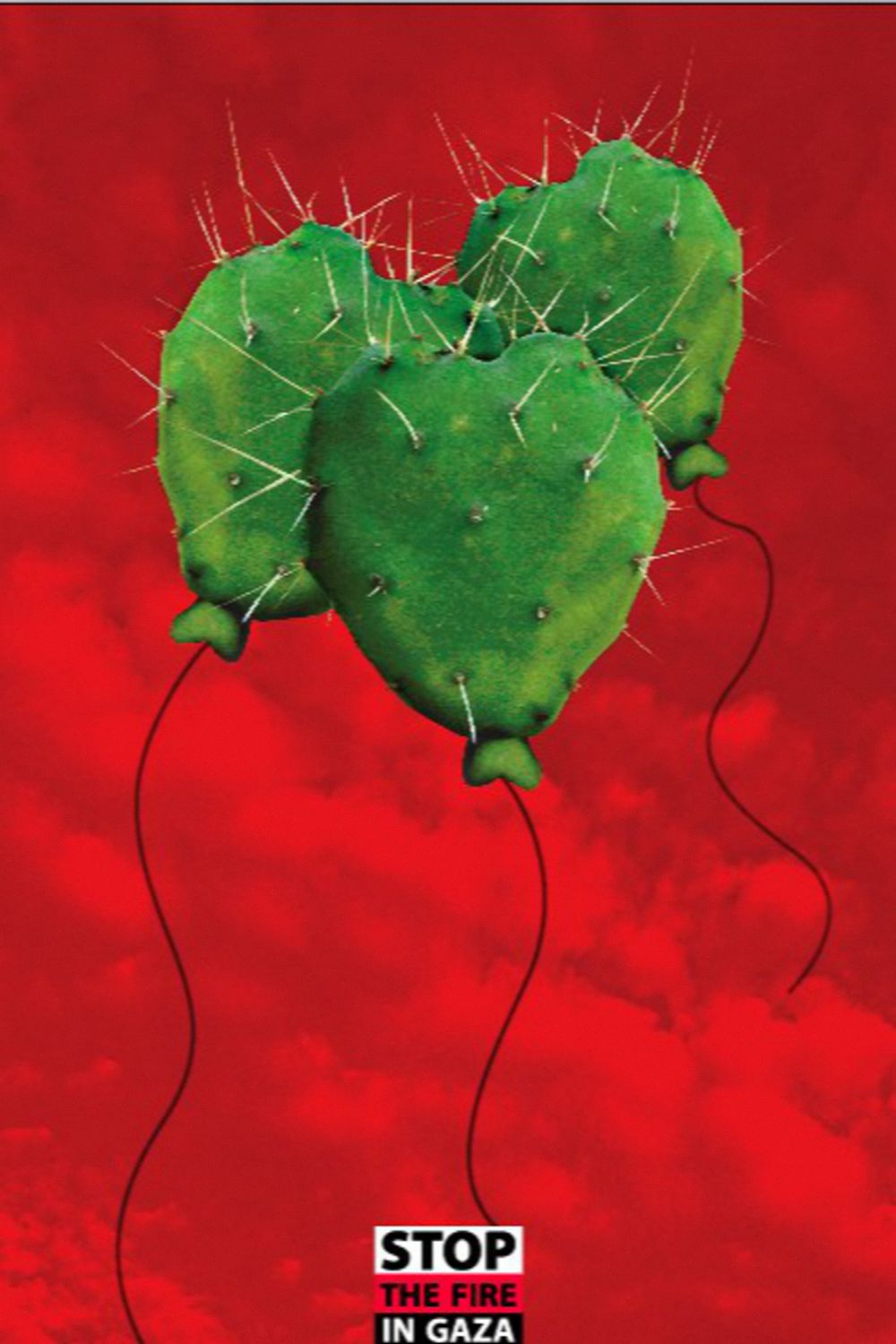 The first Poster Monday spot of June goes to Armando Pineda Cruz for his poster “Stop the Fire in Gaza”. The poster, the typography, the editorial design, the research, the art direction and the teaching are the ways that Armando has explored as a designer. Throughout his career he has been able to participate actively in projects and institutions such as Amnesty International, Reforma newspaper, Cinema and Television Design Center, Universidad Iberoamericana, UAM-Xochimilco, ENAP-UNAM, ULA, Editorial El Trompo, among others. His work has been exhibited and published in Mexico and abroad; in the I and III Poster Biennial Political Partner in Auschwitz-Poland; Good, 2009 and 2011 in Milan-Italy, Reproduce and Revolt, in California-United States, to name a few.

Gaza is an issue that, regrettably, is still current for the saddest reasons, it is an unequal and apparently eternal battle; apparently the number of dead wounded and bombings mean nothing to the people in power who keep the conflict sitting comfortably in their offices. “I am just one more voice, which adds to the many, that is against war. I am a graphic designer and the way I have to show my repudiation of any war manifestation is designing; stop the bloodshed in the Gaza Strip and anywhere else in the world” says Armando.

To see more about Armando Pineda works visit his page and if you would like to submit a poster to be featured on Poster Mondays find all the info you need to participate in our submissions page.