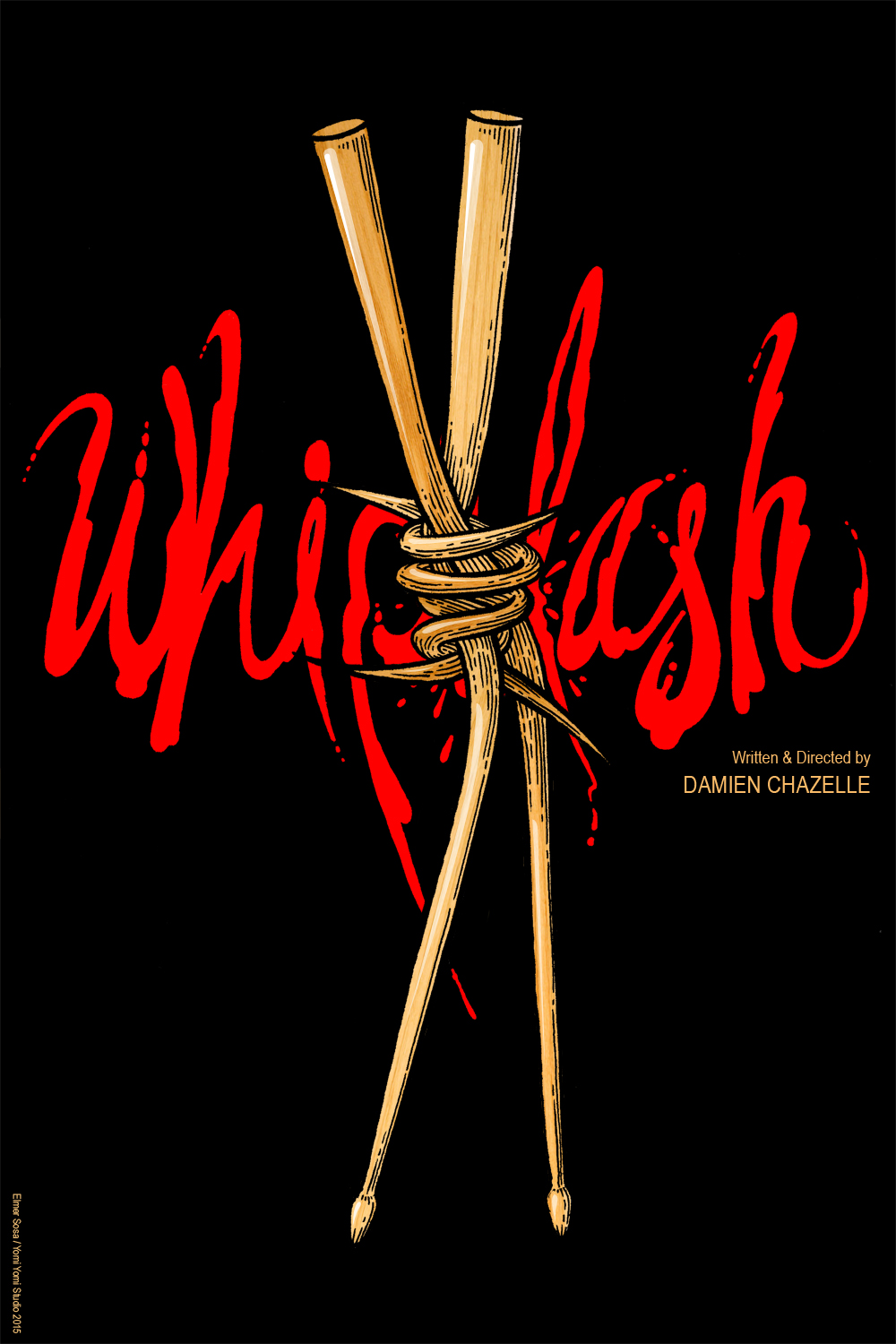 This week’s Poster Monday belongs to designer Elmer Sosa from México for his “Whiplash” poster design.

This poster was thought in the first instance as an illustration to accompany a critical text about the film. The central concept poster is based on the subtitle of the film “Music and Obsession”. The grand prize of being the best despite the pain and the physical, psychological and even psychological damage protagonist.

A first concept, “PAIN” represented graphically by a barbed wire and attached to a second concept, “MUSIC” represented by the drumstick is resumed; a metaphor where the same drumsticks are transformed into a barbed wire, against the background of a black color and the title of the film “WHIPLASH” with special treatment to refer blood is generated.

Drumsticks-spikes blood is clean because the pain, obsession and rage that shows the protagonist, is a hidden, at least in the first part of the film feeling.

Elmer Sosa was born in Puebla, México and It is influenced by the texts of Saramago, and the art of Fukuda, Drewinsky, Chaika, Jis, Boligán and Arbelo, openly professes his love for Arial, firmly think someday live only from illustration and fight daily for it.

If you want to see more projects from Elmer visit his behance page. And if you would like to see your work featured on Poster Monday visit our submissions page and send us your work!