Bankov designs posters for the homeless 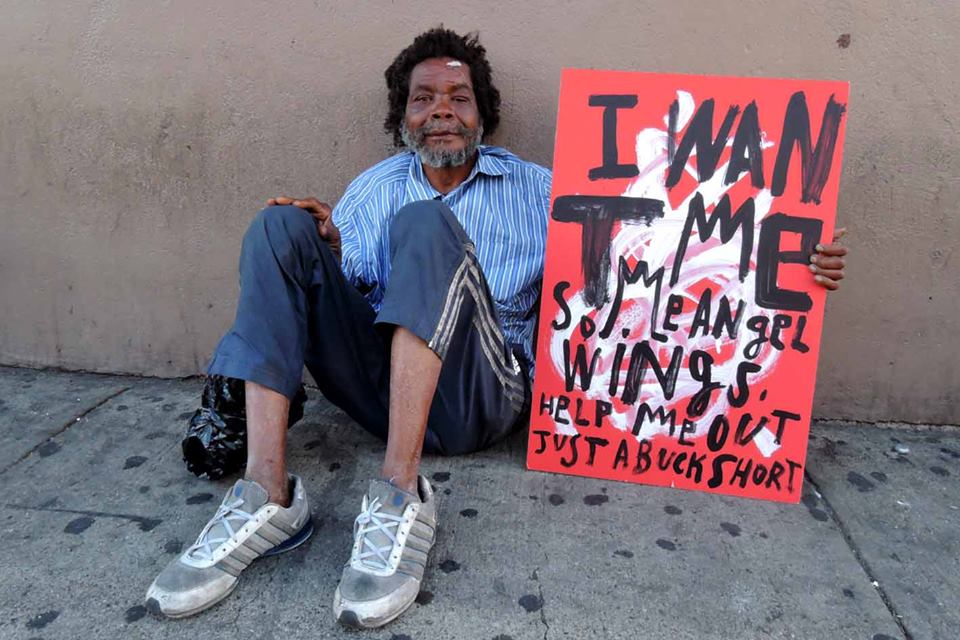 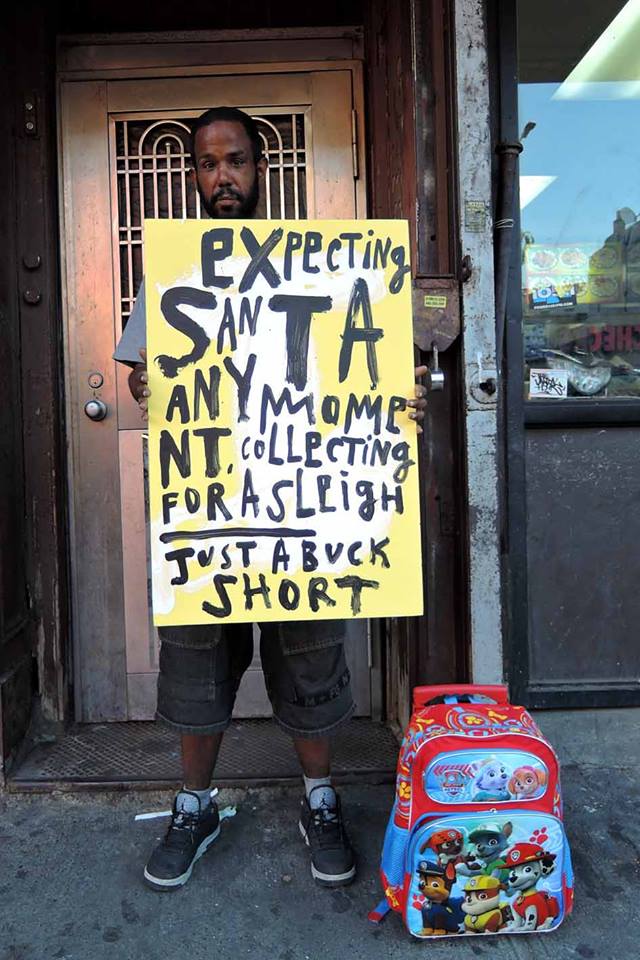 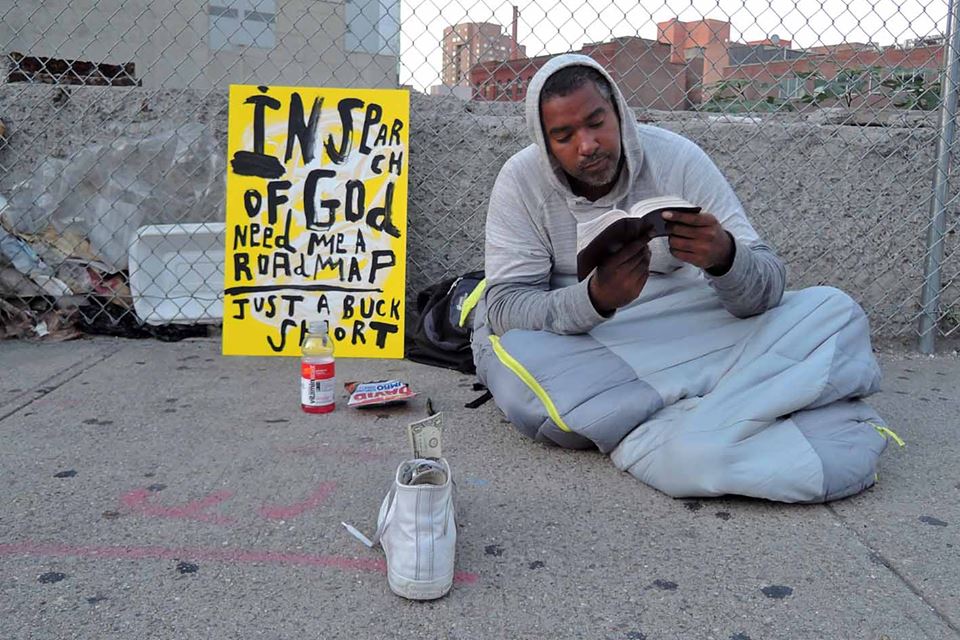 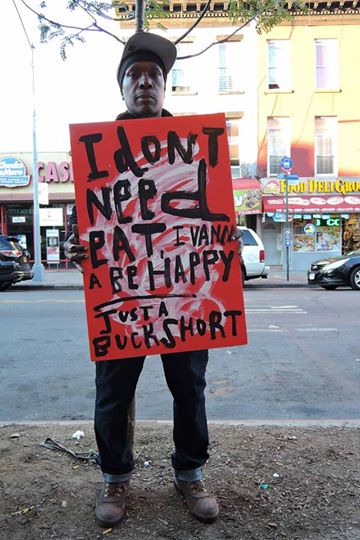 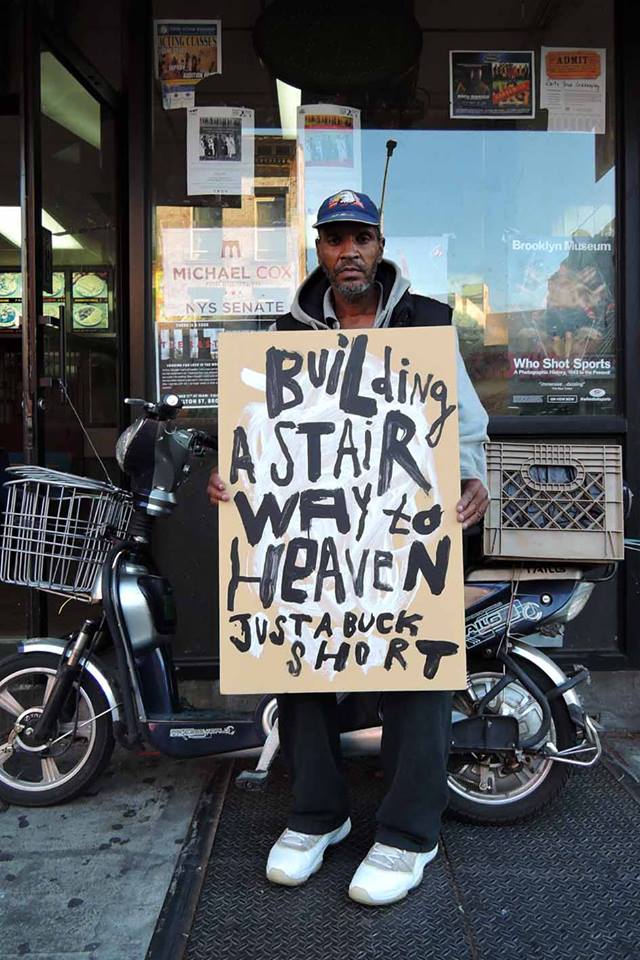 A wonderful project by Poster Master Peter Bankov! Created on site during a visit to Brooklyn last month, Bankov designed a series of posters for homeless people of the city. He describes the project as a social experience that shows how  design can help poor people. “Design can help at the rate of ten dollars per ten minutes” says Bankov. We’ve always loved Bankov’s style and this is no exception!! Great concept, gorgeous results! 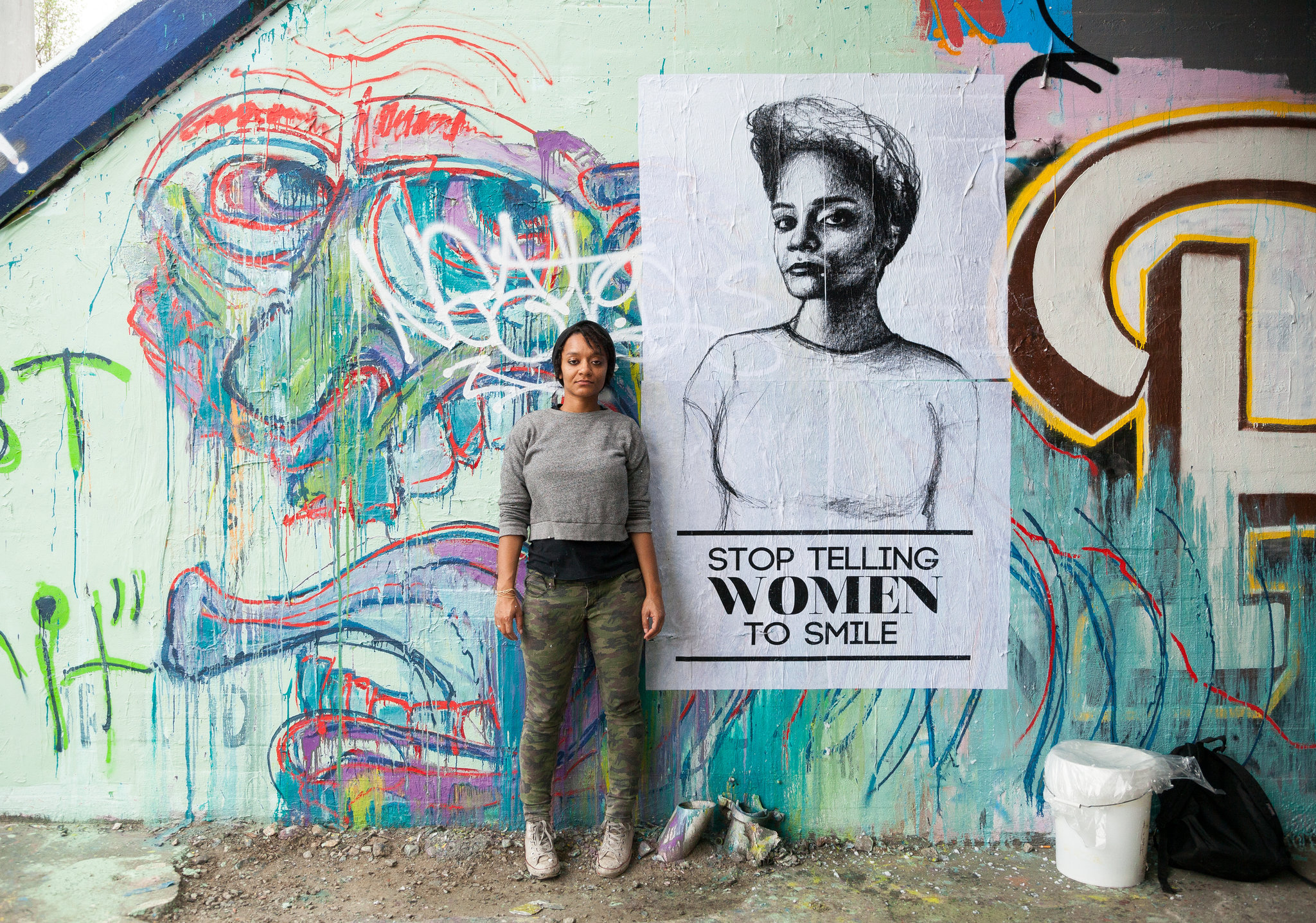 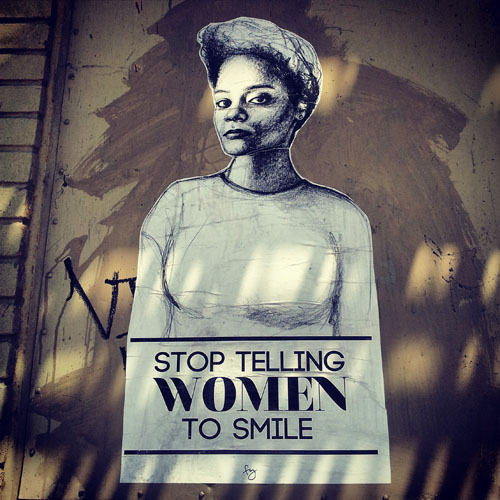 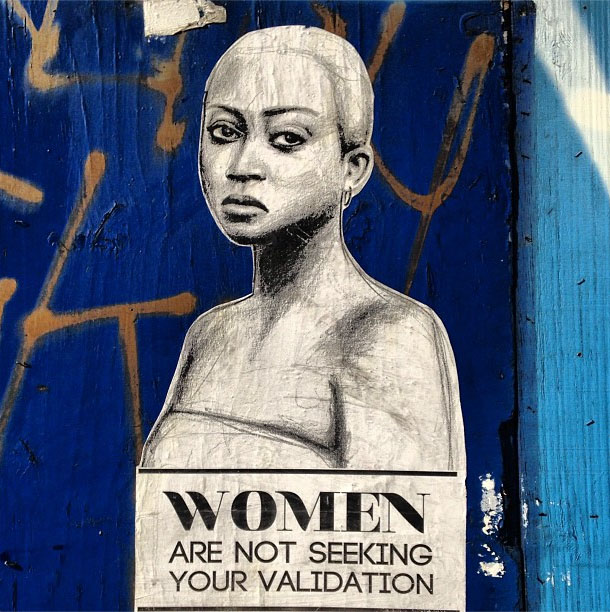 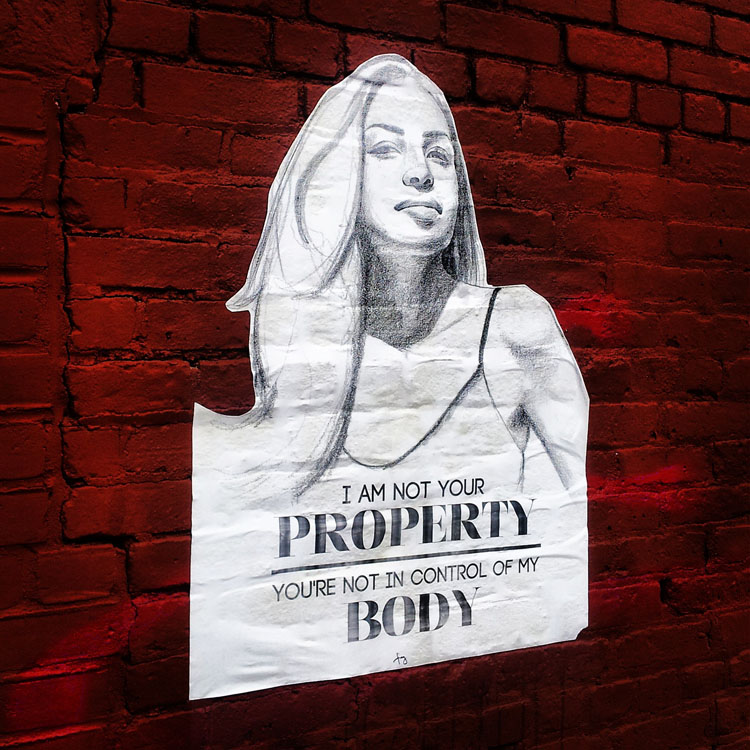 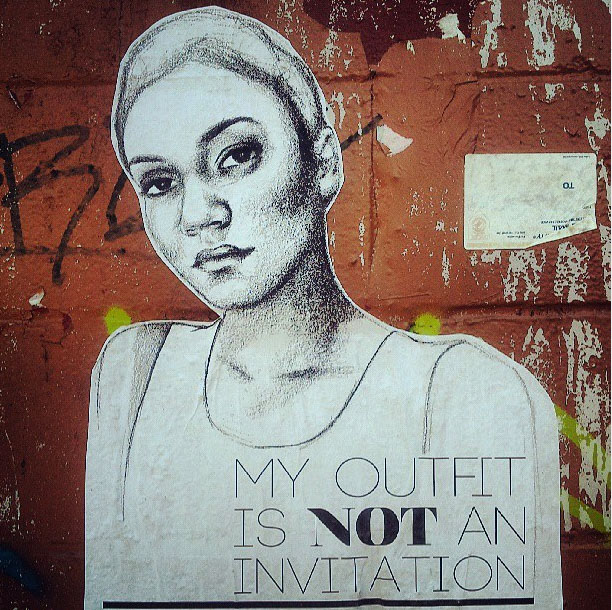 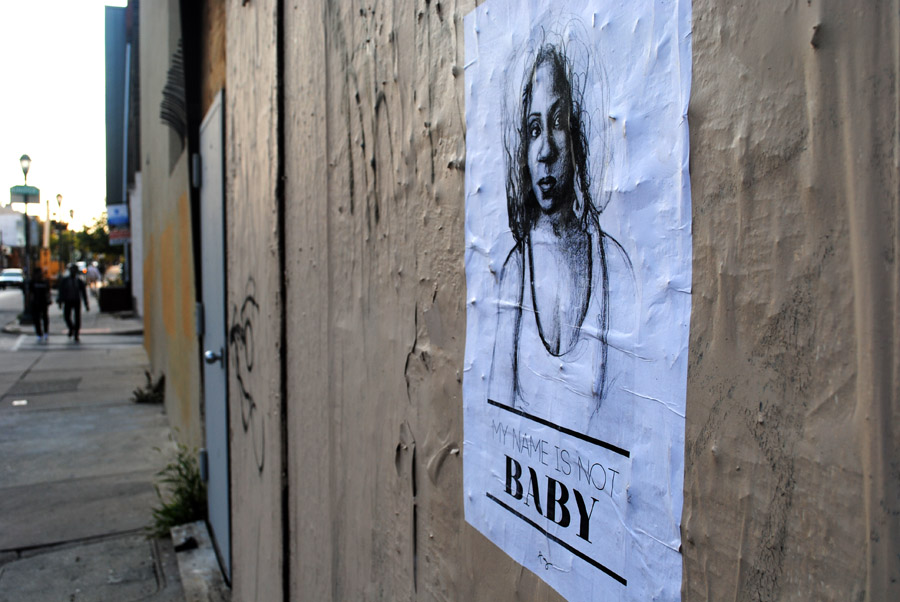 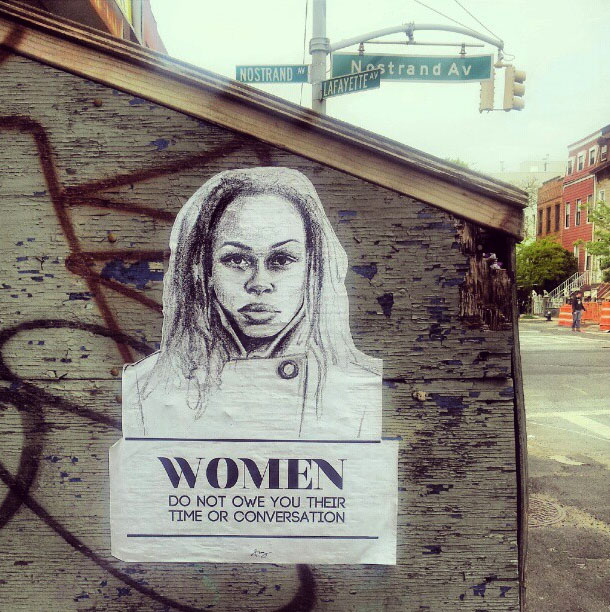 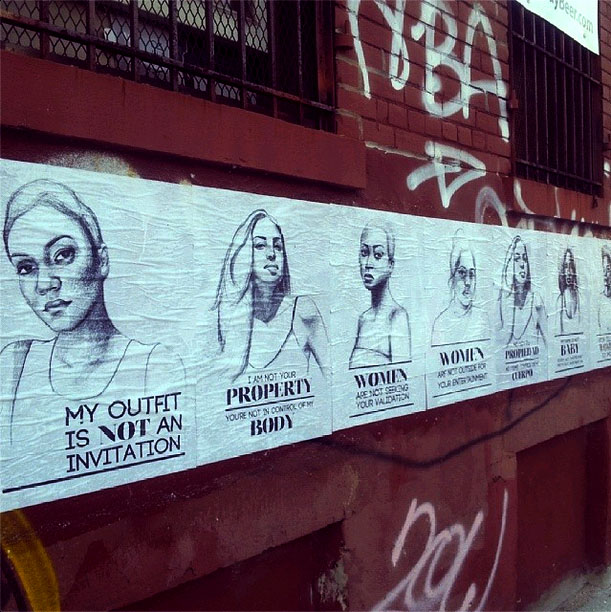 The graphic artist from Brooklyn, Tatyana Fazlalizadeh started 18 months ago the street project:  “Stop Telling Women to Smile”.  With this images, she pursue to make conscience about gender based street harassment. This serious issue affects women world wide.

She created this series of posters using pencil drawn faces and tipography to represent women’s voices. The campaing is about placing the pieces into an environment where women usually feel unsafe. Te project started in Brooklyn in the fall of 2012. It is an on-going, travelling series and will gradually include many cities and many women participants.  The poster campaign has appeared in Philadelphia, Washington, Boston, Chicago, Los Angeles, San Francisco and Atlanta and has spread rapidly in social media.

While her message has political overtones, she is adamant that it is art, foremost. “I don’t mind being thrust into an activist role,” she said. “Art is very important for that. It’s not someone preaching to you on TV. Visual art, especially, is right in your face.”

Via The New York Times