Poster Monday: Liberty for All 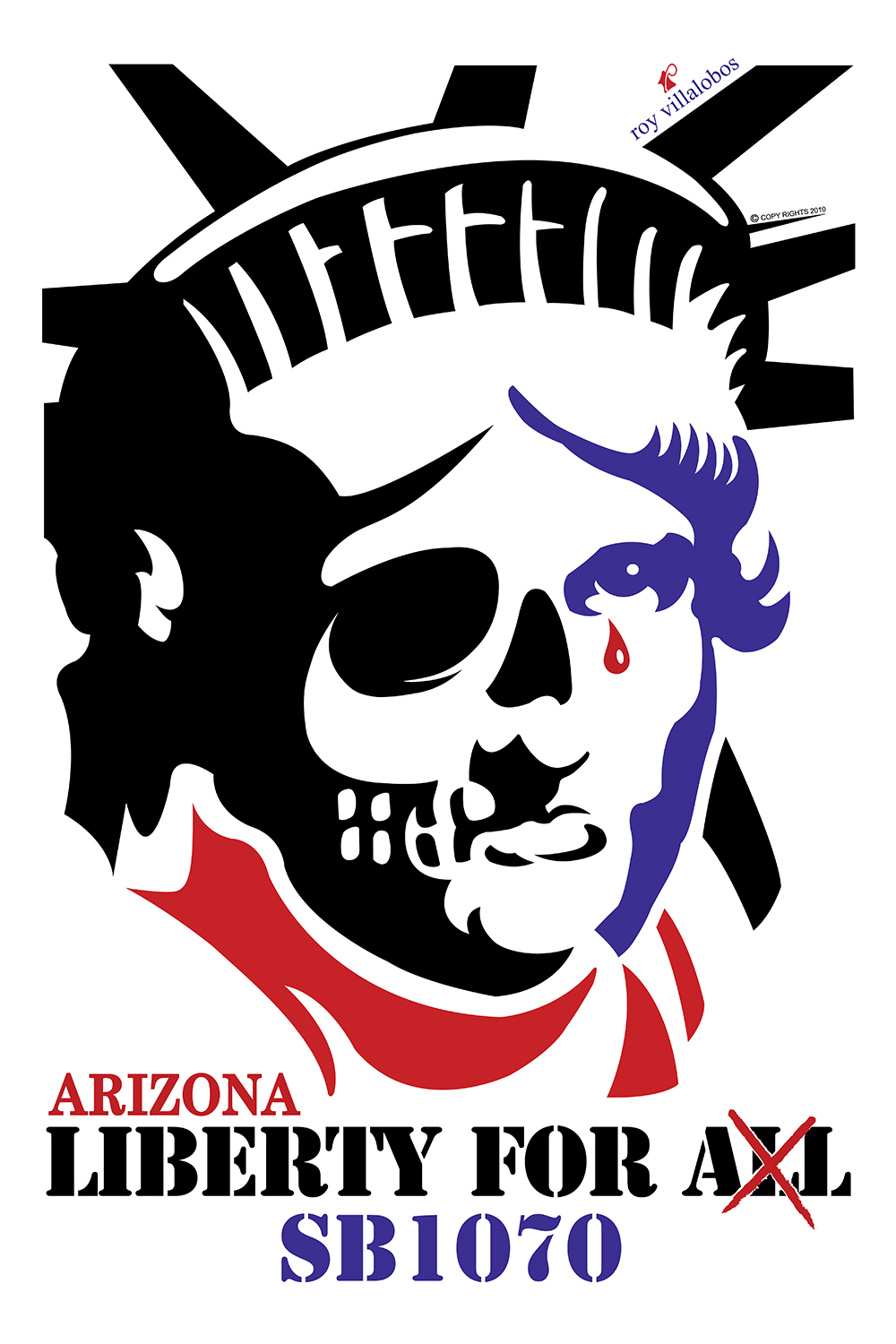 The second Poster Monday spot of May goes to Roy Villalobos for the poster “Liberty for All”. Roy was born in Chicago and at an early age his family decided to move to Mexico. He studied graphic design in the Faculty of the Habitat in The Autonomous University of San Luis Potosi (UASLP). In the year 2000, he moved back to live in Chicago working as a freelance graphic designer for social and cultural non for profit organizations, mostly in the Hispanic market. Roy’s work has been published in numerous magazines, and he has been invited to be part of international jury panels of poster contests while providing workshops and conferences. His other passion and hobby is creating fine arts by painting murals and surrealism leading to his artwork being commissioned from organizations in the public and private sector.

The poster “Liberty for All” reflects a fundamental change in the United States itself. Death is reflected in half of the face of the Statue of Liberty, while the second half of the face is crying. It represents a change in what was supposed to be originally conceived as an emblem of friendship between nations and freedom from oppression. The Statue of Liberty is the Mother of Exiles, greeting millions of immigrants and embodying hope and opportunity for those seeking a better life in America. This poster shows a contrast with how liberty has transformed from the original idea.

The poster was created for a protest march in 2010 against The Support Our Law Enforcement and Safe Neighborhoods Act (introduced as Arizona Senate Bill 1070 and thus often referred to simply as Arizona SB 1070). It was the broadest and strictest anti-illegal immigration bill and has received national and international attention which spurred considerable controversy.