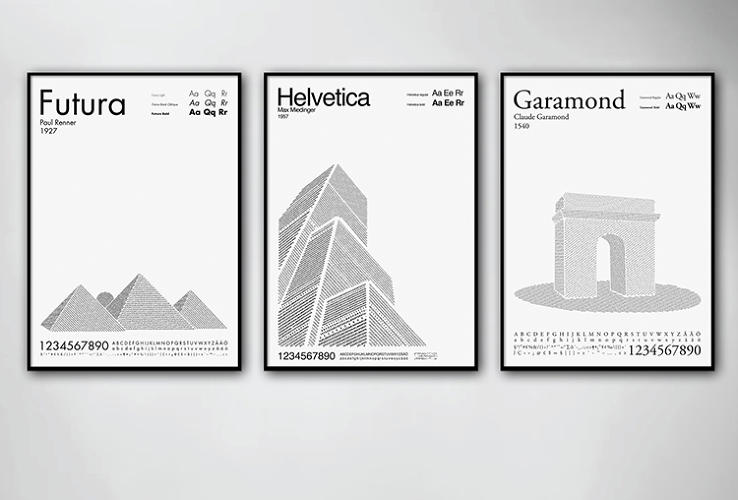 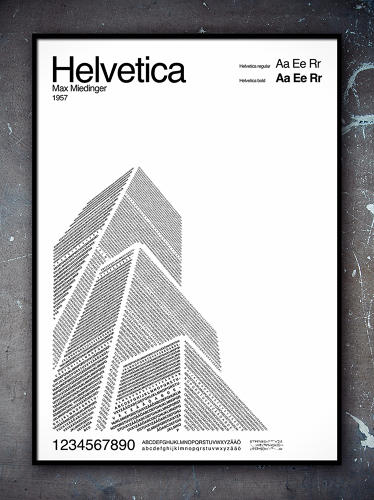 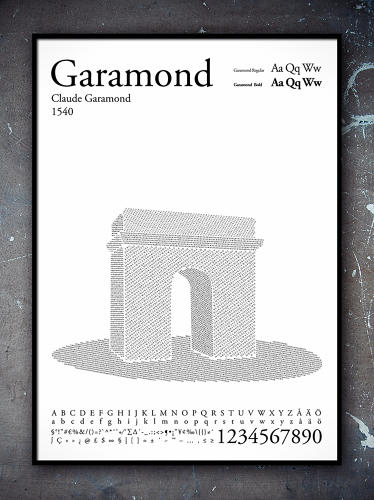 The swedish engineer and designer Per Nilsson created a series of posters featuring well-known international landmarks using nothing but typefaces. Each of Nilsson’s prints is based around one of three typefaces: Futura, Garamond, or Helvetica. The prints function almost as typographical charts, showing the full range of characters and fonts of each typeface, but the content is also evocative of the history and creator of each font.

For example, the Garamond poster features the Arc de Triomphe, connected with the typeface’s French roots. The Helvetica print represents New York’s towering skyscrapers, evoking Helvetica’s powerful presence in the modern metropolis. And Futura is used to depict the Pyramids, which is meant to symbolize the jagged peaks of Futura’s As and Ms.