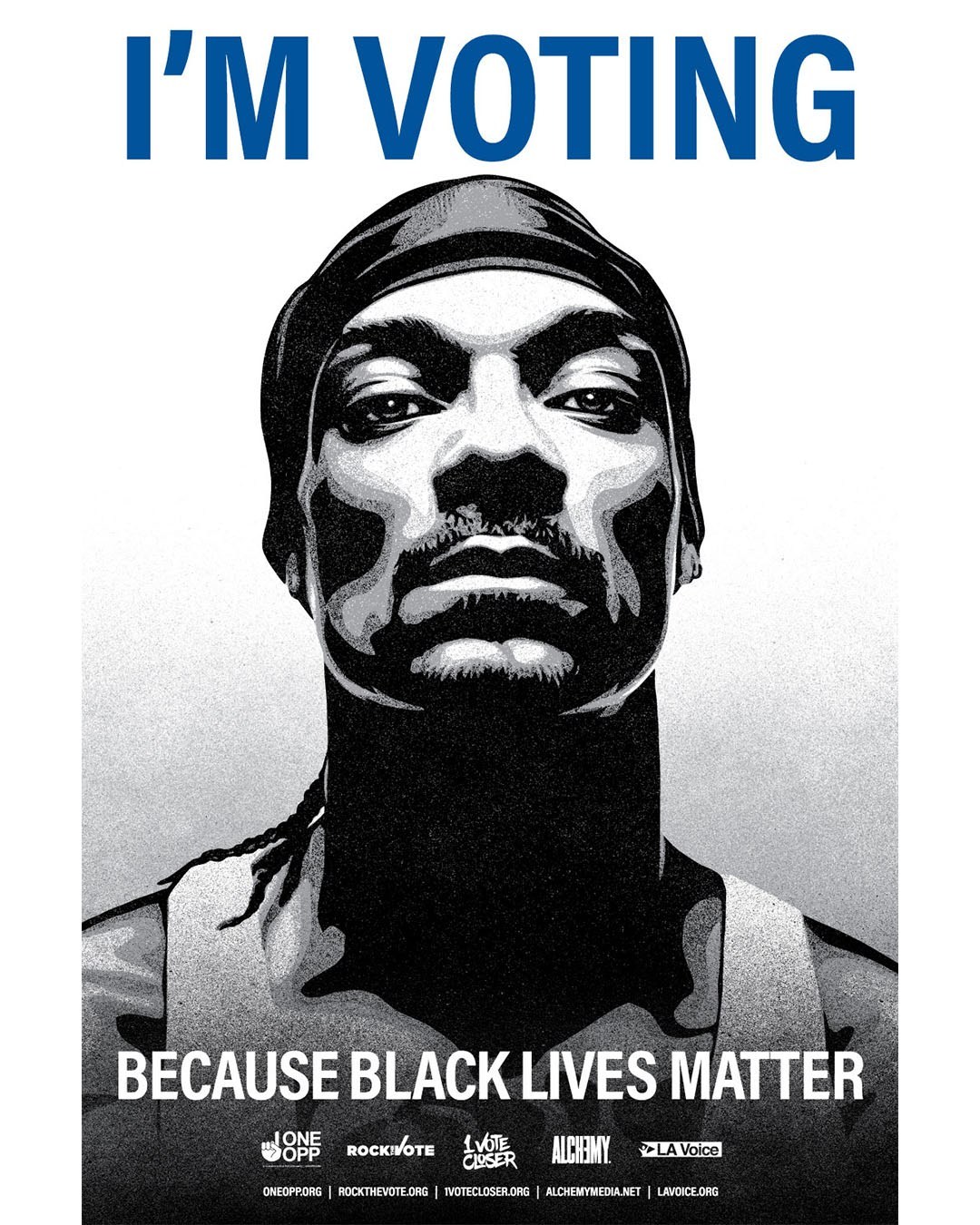 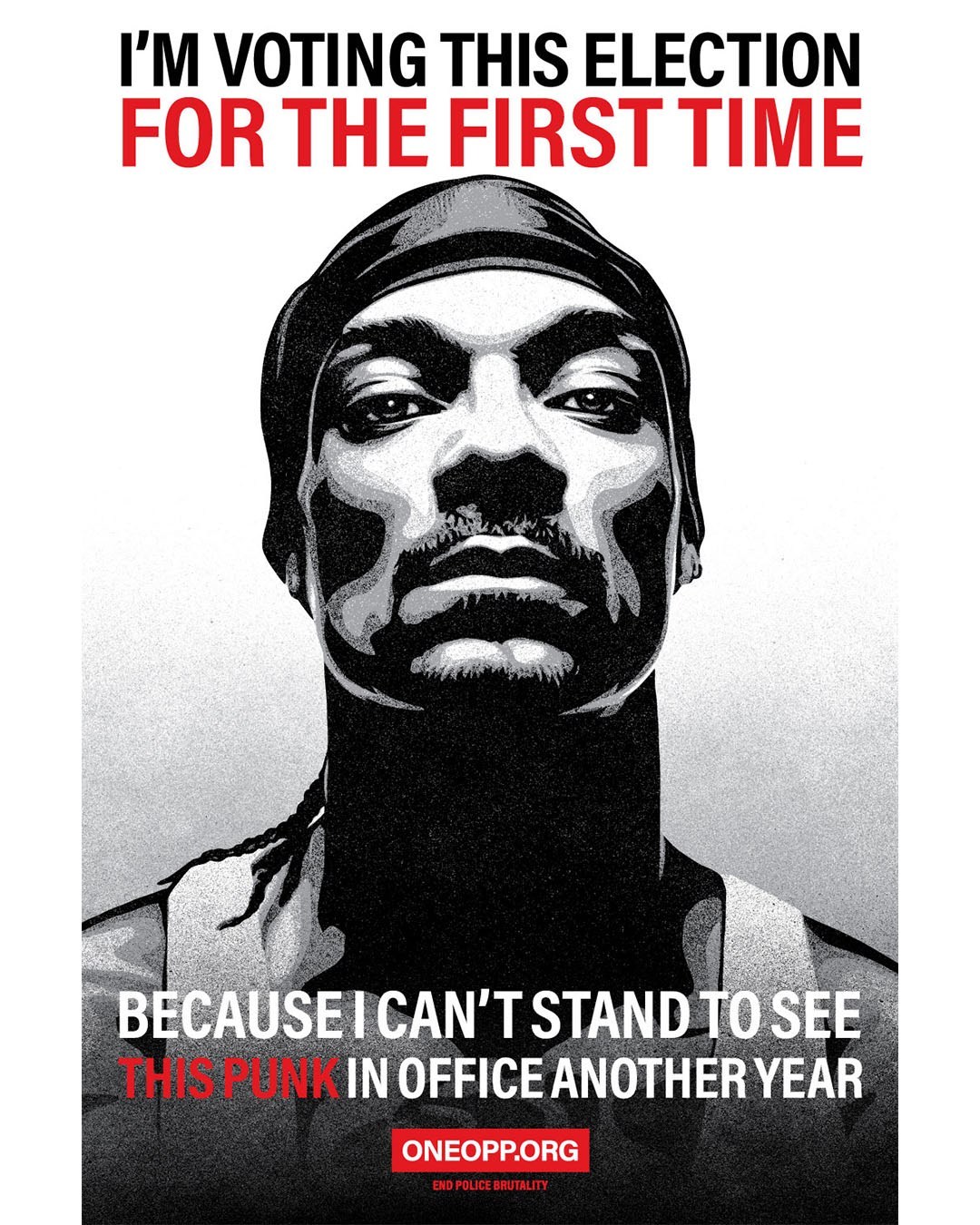 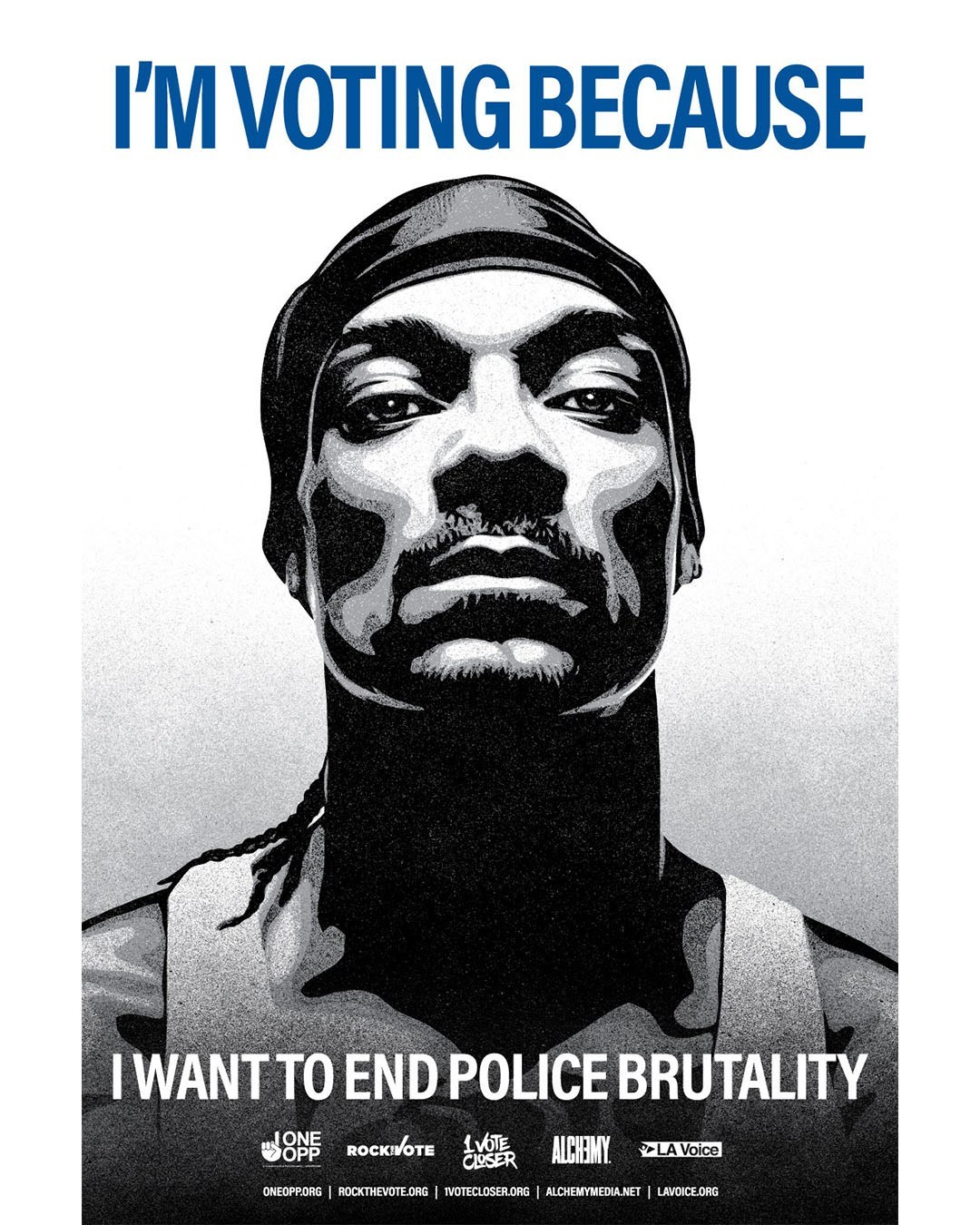 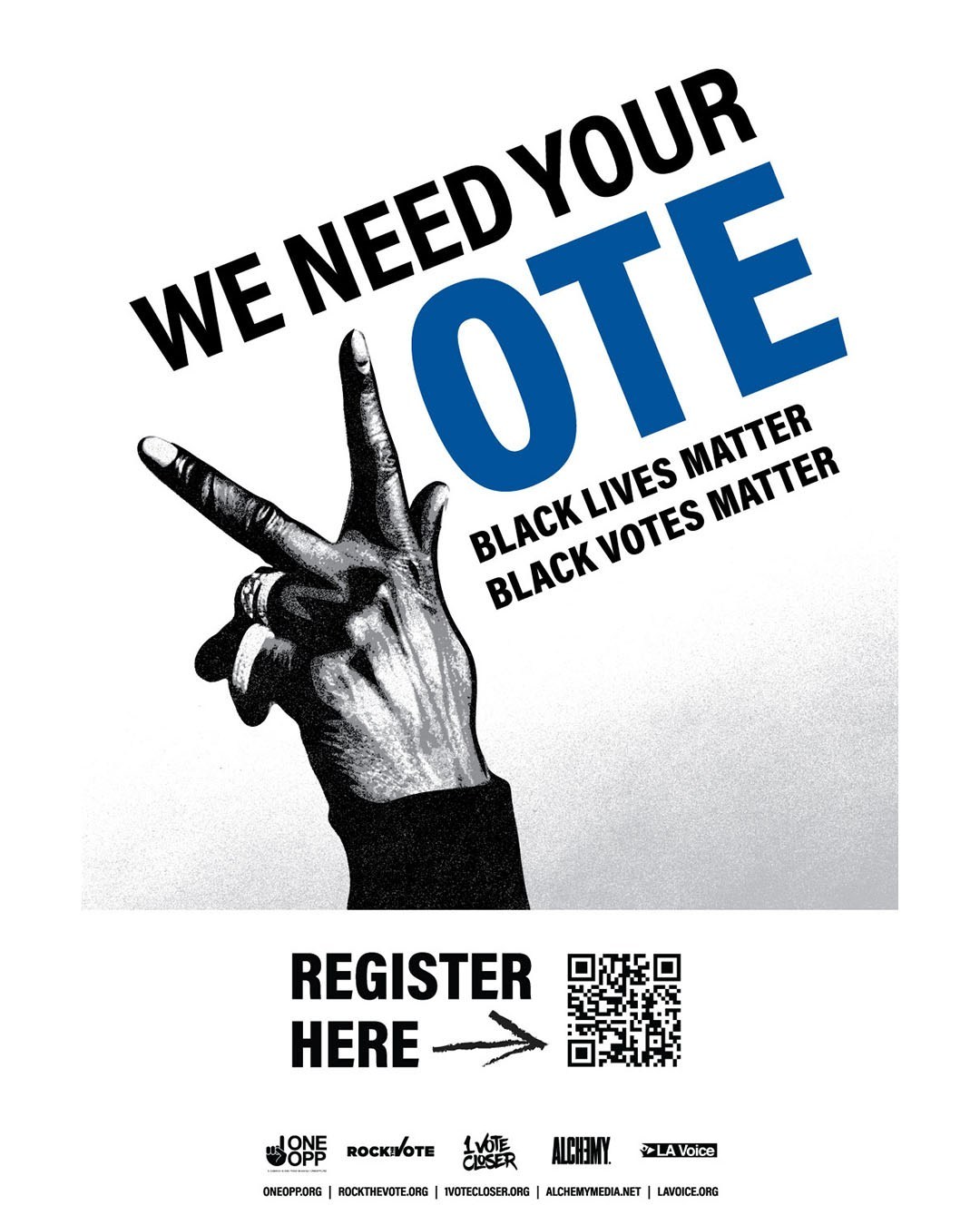 OBEY’s founder Shepard Fairey has designed a series of posters for rapper and activist Snoop Dogg as part of his new online vote registration drive called #VoteWithSnoop. The rapper partnered with voting advocacy groups, Rock The Vote and 1 VoteCloser, along with social justice initiative OneOpp to launch the online drive. Fairey’s portraits of Snoop Dogg will be displayed in cities across the US in a bid to encourage citizens to vote on election day. Snoop Dogg revealed that this will be his first time voting at an election, and Fairey expressed how he felt about the rapper’s decision to take part in the country’s progress.