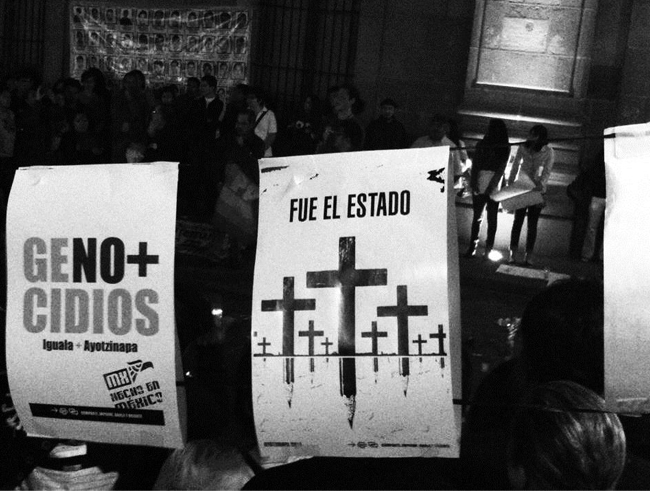 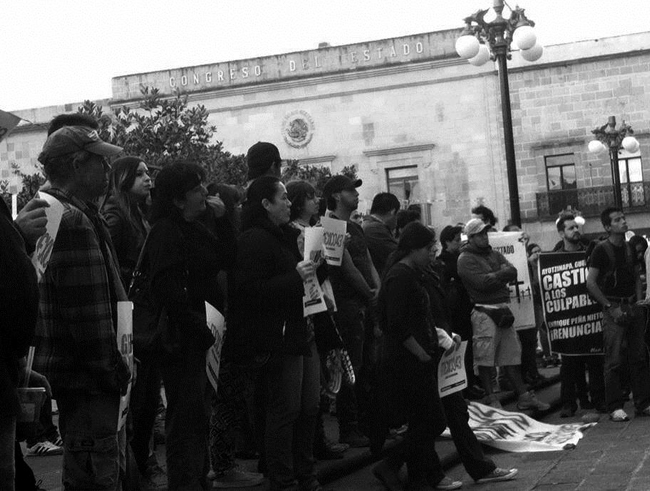 Imágenes en voz alta (Out loud images) is a project that consists of a bank of free and royalty free images that have been donated by Mexican and foreign artists, designers and illustrators as a response to the crimes against humanity committed in Iguala, Mexico by public officers in collusion with criminal groups against the students of the Normal School “Rural Isidro Burgos” in Ayotzinapa, Guerrero.

Their creators describe the project as an activity beyond the creative act per se, that attempts to generate an opinion through the image, showing the political and social decay that Mexico has experienced in recent years.

The images can be freely shared on the internet and social networks. They are also available to be downloaded in high quality to be printed, distributed and used in individual or collective manifestations.

The call for collaborations is open. Designers and creatives are invited to submit their images to  http://imagenesenvozalta.tumblr.com/ using the following specifications: The poster should be 43cm x 28cm, black & white and saved in RGB color space. Finally, It should include the identifier of the project available on their site.