Minimalist posters drive home the dangers of texting while driving 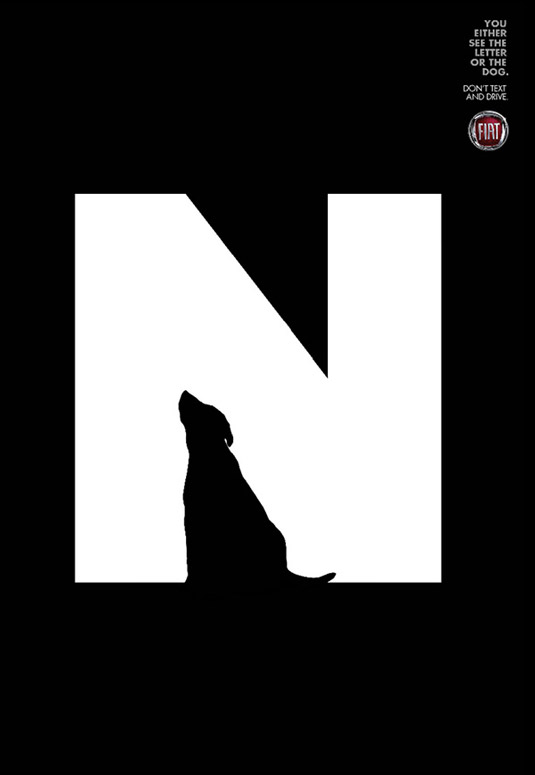 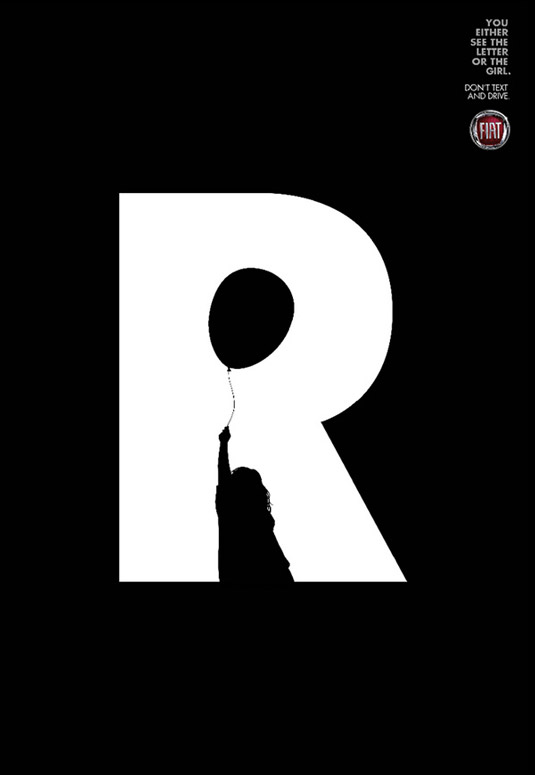 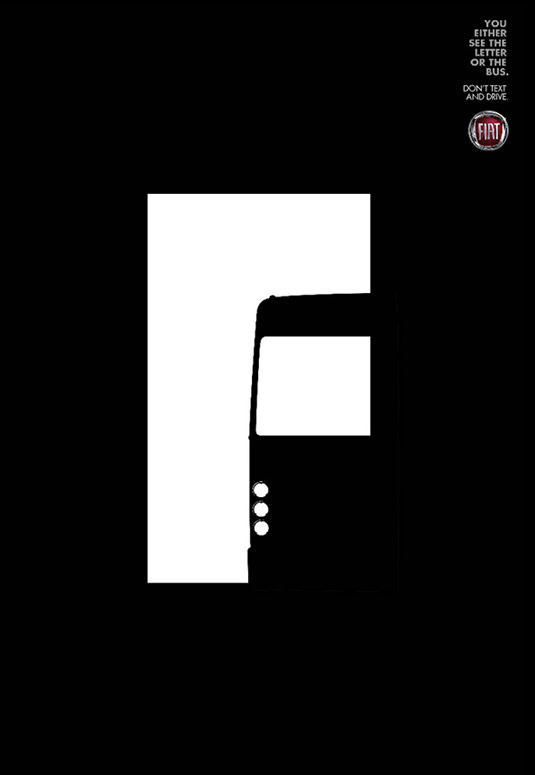 We’re used to seeing highly creative and quality work come from worldwide ad agency Leo Burnett. So it’s no surprise that the team in Brazil have come up trumps once again with this brilliantly clever new campaign for car manufacturer Fiat, which encourages drivers not to send text messages while drving.

A series of three prints, a large white letter R, N, and F are accompanied by a graphic of a little girl, dog, and bus respectively, each illustration creating the defining shape of each letterform. The taglines state: “You either see the letter or the dog (bus, little girl). Don’t text and drive.”

This is a fantastic example of how clever use of negative space can make a big impact. The stark contrast between black and white creates beautiful silhouettes of the girl, dog and bus hidden within the type. An innovative idea that really drives home the dangers of texting while driving.