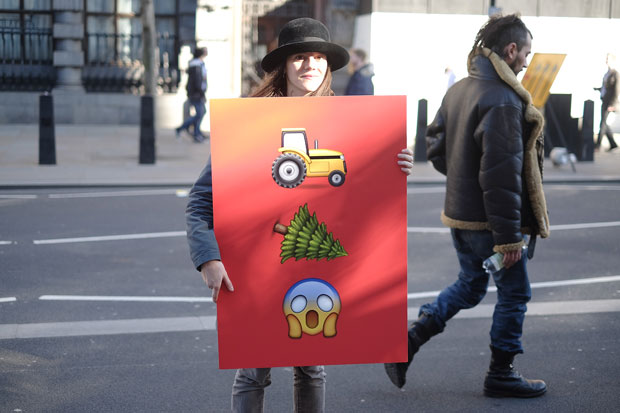 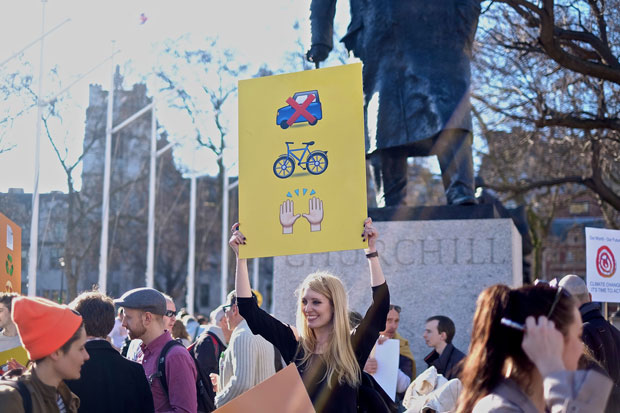 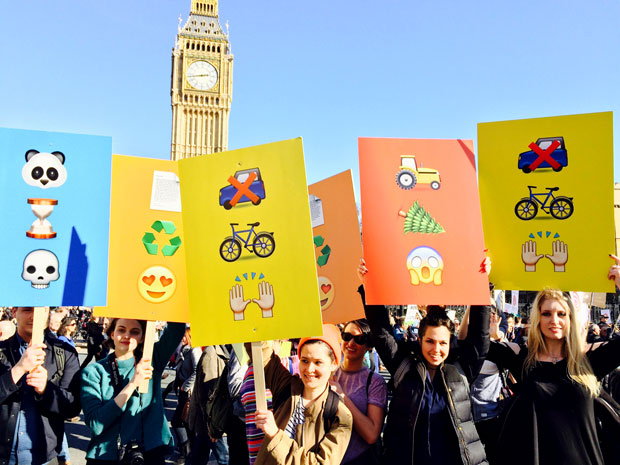 Tired of the same old protest placards? Then you will love Pentagram‘s new take on this iconic graphic design object.

The agency created protest placards made exclusively from emojis. The idea behind this was that popular emojis have turned into a universal Internet language, which makes them ideal for a global protest.

The colorful images were handed out to protesters that joined People’s Climate March in London and paraded from Lincoln’s Inn to the Houses of Parliament.

We are absolutely in love with these designs. How about you?