POLSTER, The Pulse Of Street Poster 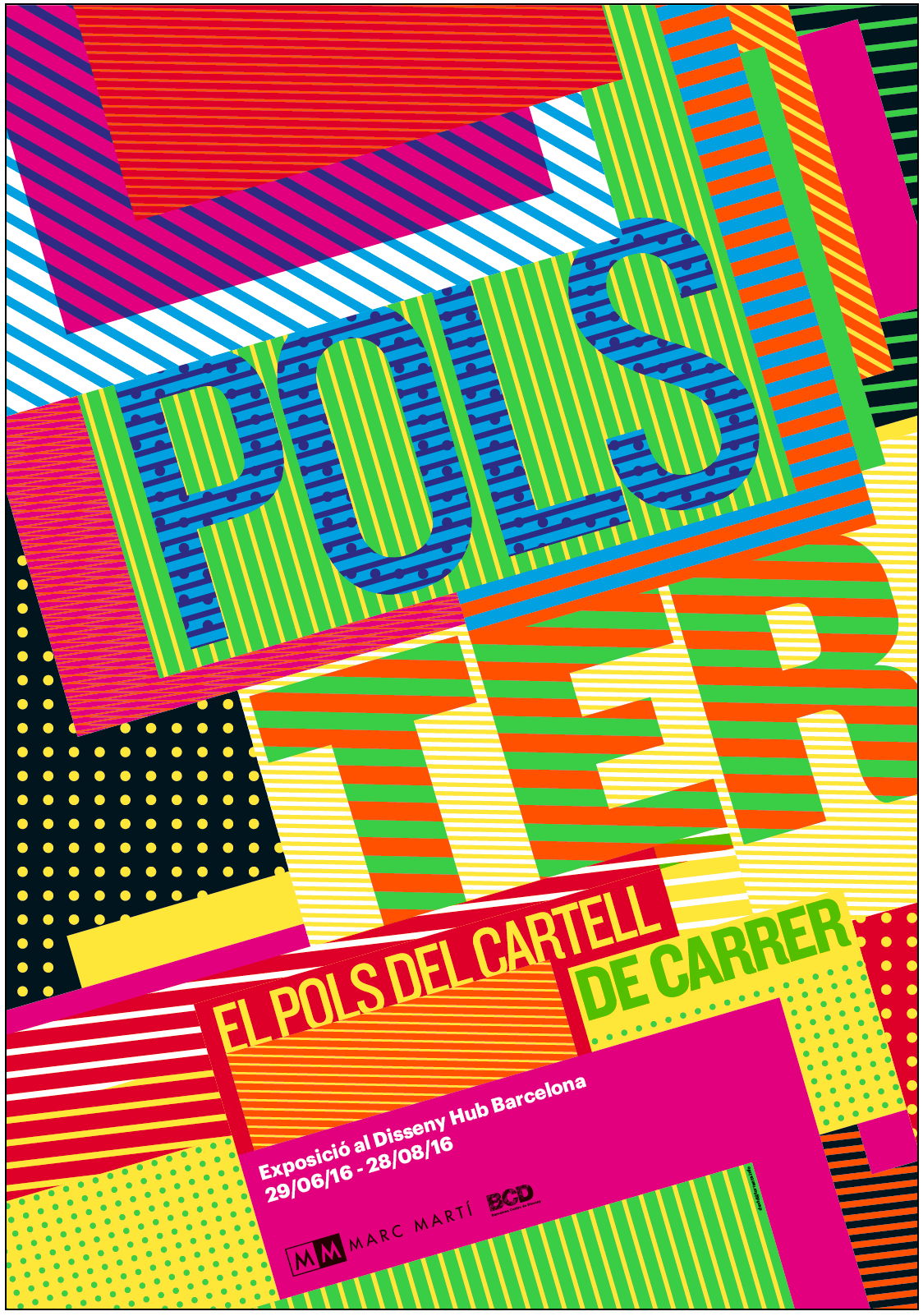 POLSTER is an exhibition curated by David Torrents and Marc Marti, and produced by the the firm Marc Martí. It reflects on the role of the poster in the city of Barcelona. It involves the participation of 25 designers and design studios, that are loaning recently produced posters.

Polster. The pulse of the street poster proposes a dialogue between the posters usually found hanging on the posts of the city and those that have never been hung in an urban environment: the latter is an introverted poster that has not been dirtied by the lost looks of the neighborhood, it’s a sedentary poster of limited issue. Whether found in the digital depths of the social networks or visiting the closed space within immaculate galleries, this type of poster does not imagine itself read in the open air; it’s not printed on paper, and is only distributed on digital media.

The exhibition will change every week because the firm Marc Martí will hang new posters on a four meter long wall installed in the Design Hub Barcelona. The posters will be hung in the same manner as the company has done on the “purilis” of the city over the course of more than 40 years. Along this wall there the creators propose an unusual relationship not seen otherwise in reality; there will be an intermingling on the one hand between street posters and on the other, gallery posters. Two ways to understand this format in one same space.

The exhibition opened on June 29th and will be on display until August 28th at the Design Hub in Barcelona.