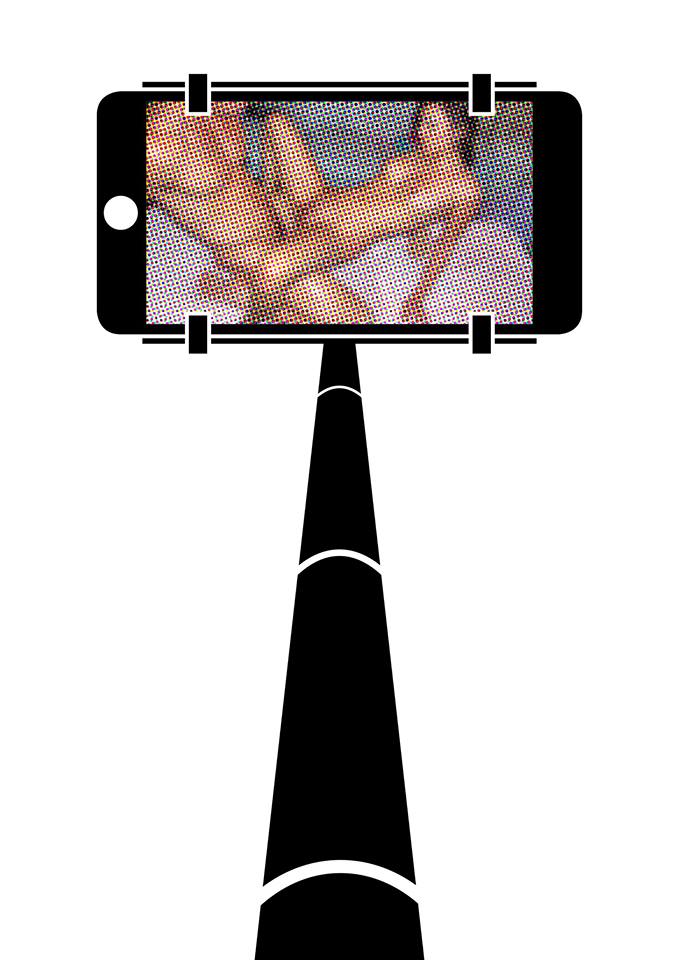 The 30 winning posters of the Mut Zur Wut competition are currently hanging all over the city of Heidelberg and are also displayed on the city’s courthouse. While the competition certainly has a reputation of choosing controversial designs, this year a poster has exceeded the usual expectations, creating shock and opening the door for discussion of whether it should even be . displayed in this in public space.

Can you show such a thing? And then also in the courthouse? The host, District Court President Michael Lotz, found himself in conflict. After the prosecution had considered the work of art to be safe, he and his colleagues decided nevertheless goes to show the poster only during the vernissage. The problem: They wanted to victims of sexual violence who have to wait for her testimony at the courthouse, not confront it. While the pair is heavily pixelated on the poster. The closer the viewer but from the work of art, the sharper the image.

“The era of Selfies has already begun”, said Kunze in a statement about his design. The host, District Court President Michael Lotz, found himself in conflict and even though it was decided that the poster was a work of art that was safe for audiences he decided to show the poster only during the Vernissage to avoid victims of sexual violence who attend the courthouse to be confronted by the poster while they await to give testimony.

What do you think about this controversial poster? Do you agree with the organizers decision? Learn more about the project and read the full story (in german) on the Mut Zur Wut Facebook Page.