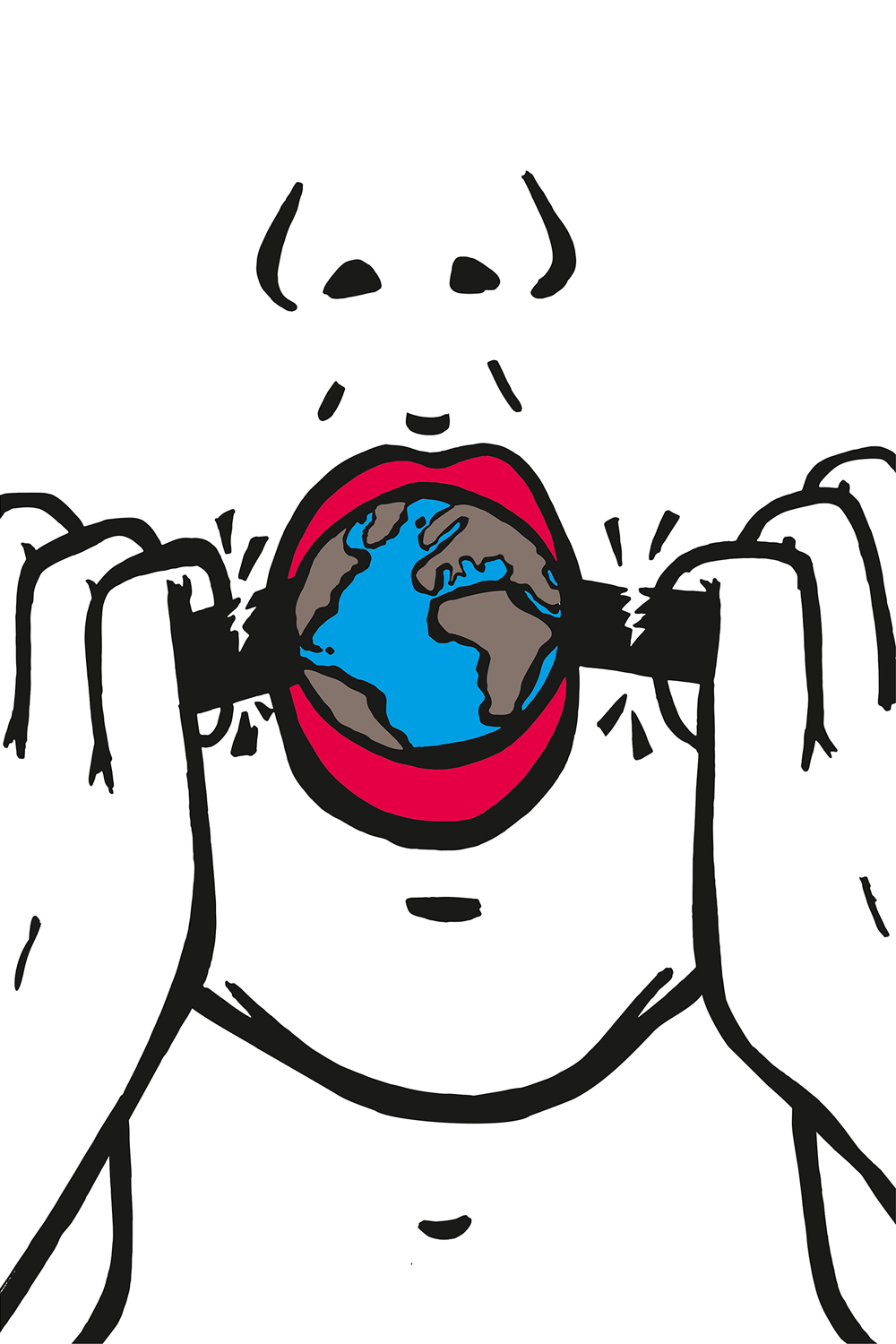 For May’s first Poster Monday spot we are featuring a poster designed by Martyna Pazera from Poland entitled “Almost”. Martyna is a graphic designer, poster artist, propagator of culture and poster art. Graduate of the Higher School of Applied Arts in Szczecin (2011). She has been cooperating with Szczecin’s NGOs and cultural institutions for whom she designs posters, visual
identifications, publishing forms and other promotional materials. In her free time, she takes part in competitions, exhibitions and the poster biennale or hangs posters on the walls. Currently, she is absorbed in the work on a scholarship in the field of culture, whose aim is to spread the poster art in her hometown.

About the “Almost” poster Martyna Pazera tell us: “To tell you more about my poster, I must first ask: Do you know what “Mansplaining” is?
Until recently, I did not know either. Then I realized that every woman knows that. This happens, for example, when someone challenges your competence because he sees you in the first place a woman. Assesses your competences through the prism of not only gender, but also your appearance and even your own imagination about you. Or when you get a comment: “Wow, it’s amazing that such a small woman can design such strong posters!”  Seriously? Has a man who is a professional designer ever got a similar comment?  It’s humiliating.

This poster also talks about it, but not only. Every woman can see in it some other kind of objectification that just affects her.  Every woman can see a different social or political problem that concerns her, because a large part of our problems is really one – in public space our voice is not treated as seriously as the voice of a man. The world gives women a free voice on the condition that they speak on trivial topics, but when they start talking about important matters, their professional, political or social competences are often questioned or trivialized. They may even then hear that it is not their place. That their place is somewhere else, preferably outside of public space. And by the way, if it already has to be shown in this public space, it should take care of its appearance.

The background of this poster is very much related to what I observe in my country. Polish politicians (mostly men) believe that Polish women are not competent enough to decide on emergency contraception or abortion. This is why Polish women dress in black and go out on the street to demand respect for their reproductive rights.  It has been going on for three years.

There is a lot of talk in recent years about “the awakening of women” in my country. I observe that these social moods also concern a large part of the world. But in order for some real changes in the perception of women to happen, also women must re-evaluate their priorities and less concerned about what they look like, and pay more attention to what they have in their head.  Putting yourself in the role of a beautiful incapacitated toy is a harm that women do to themselves. It is true that the world of modern media drives this phenomenon, but the world will not take this gag out of the mouth, women must see this gag and try to free themselves from the
expectations of the world but also their own limitations.
And “Almost”, but still a long way to change”.

If you would like to know more about Martyna works visit her instagram and remember to submit your posters to be featured in our coming editions of Poster Monday.