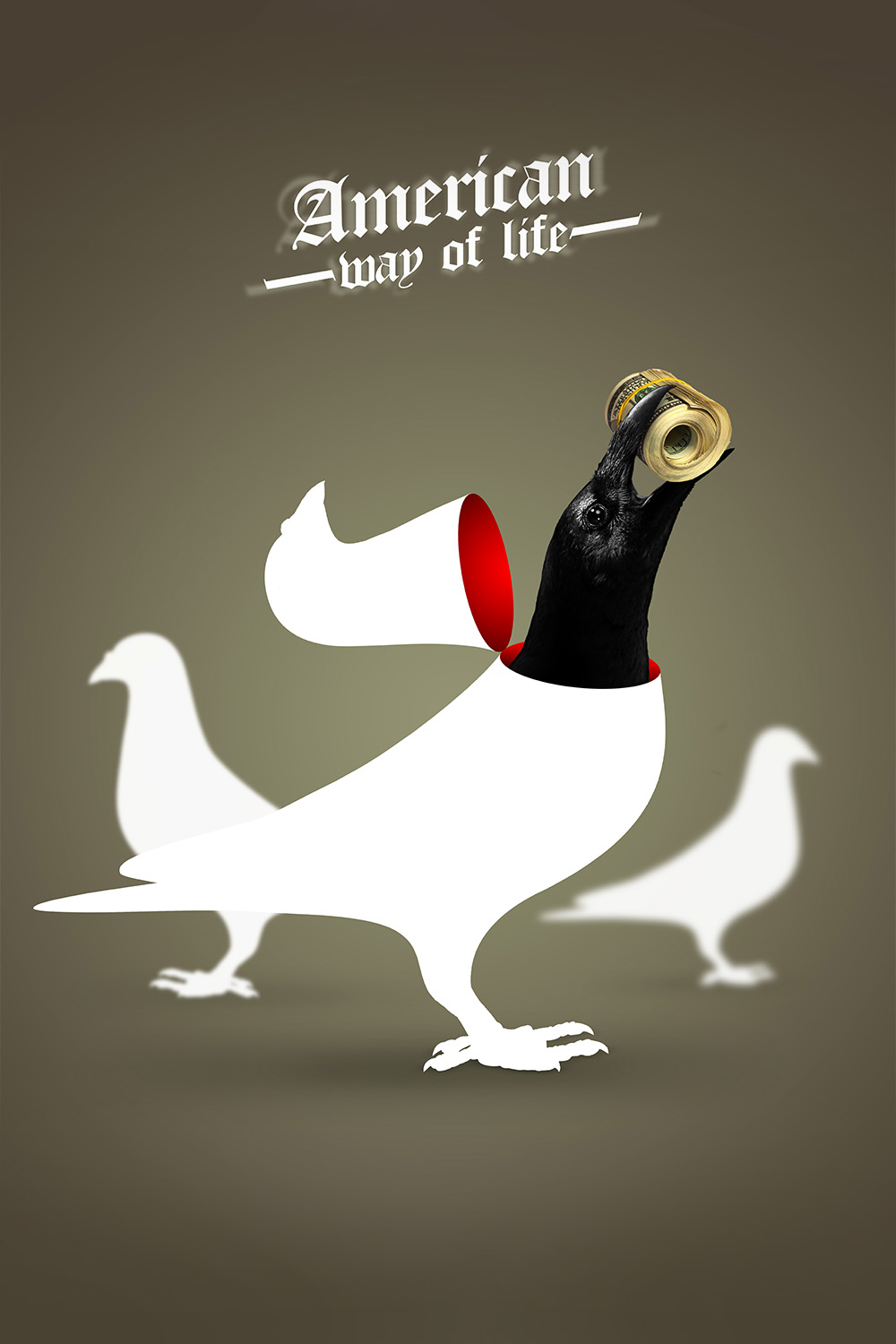 The third Poster Monday spot belongs to Mauricio Mutralla from Mexico for his poster entitled “American Way Of Life”. He studied graphic design at the Gestalt School of Design, and is graduated as a graduate in plastic arts for the Faculty of Plastic Arts of the Universidad Veracruzana, he has a postgraduate degree in marketing focused on the cultural context. Mauricio has been a university professor in the careers of graphic design, marketing and advertising, currently an independent designer and is a professor at the faculty of arts visual arts of the Universidad Veracruzana for the careers of design of visual communication and visual arts. He is founder and coordinator of “Collective Autopsy-Posters”, a cultural initiative under the thematic axis of “Day of the Dead” (tradition of Mexico and some Latin American countries). His poster work has been selected, awarded, and exhibited in Mexico, the United States, the United Kingdom, Germany, Russia, Iran, China, the Netherlands, Slovakia, South Korea, Spain, Peru, South Korea, and Ecuador.

About the poster “American way of life” Mauricio tells us “The idea of well-being and social development have been the constant promise that has permeated the policies of emerging peoples for several decades, reminiscent of the” other American way of life ” , (putative brother of the “American dream”) become a nightmare with currently standardized edges, adapted to continue spreading the preaching, making use of collusion as a setting and dignity as a bargaining chip. The degree of satisfaction is proportional to the disguise of the voracious consumerism, raise crows and have your eyes gouged out, kill to live, live to sell to the highest bidder, everything has a price, it is the law of supply and demand. When I say America, I mean the continent “.

If you would like to learn more about Mauricio visit his personal facebook and the Collective Autopsy project page and remember to submit your poster for the next edition of Poster Monday. Find all the info you need in our submissions page, and facebook.