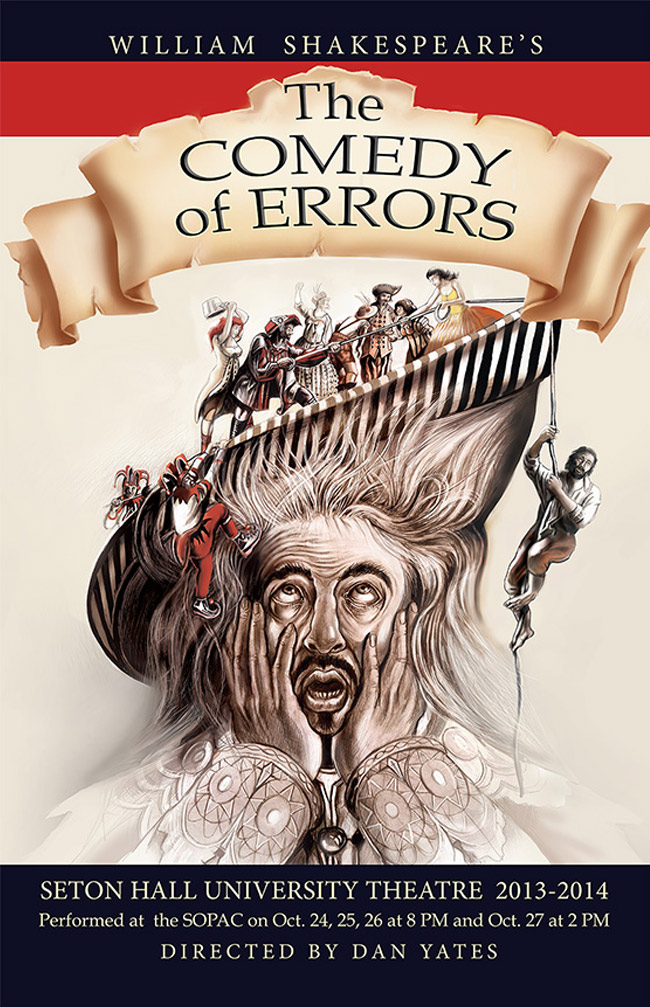 The second Poster Monday spot of the day goes to William H. Haney for the poster “Comedy of Errors”. William is a Professor who teaches digital design and Illustration at Seton Hall University, South Orange N.J. He was born in Elizabeth N.J. Unlike many parents his parents had him artistically trained at a very young age. He has been a Professor for 30 years in institutions such as Carnegie Mellon, University of Pennsylvanis and The College of New Jersey.

The Comedy of Errors by William Shakespeare is a comedic story of two sets of identical twins that were accidentally separated at birth. When the friends and families of their twins encounter them, a series of wild mishaps based on mistaken identities lead to wrongful beatings, seductions, arrests and false accusations of infidelity, theft, madness, and demonic possession.

The Image for the poster was first hand drawn, scanned as a digital file and painted on a Wacom tablet. The concept of a series of miniature people laughing- arguing- whispering inside Shakespeares cavalier hat captures the absurdity of the play.