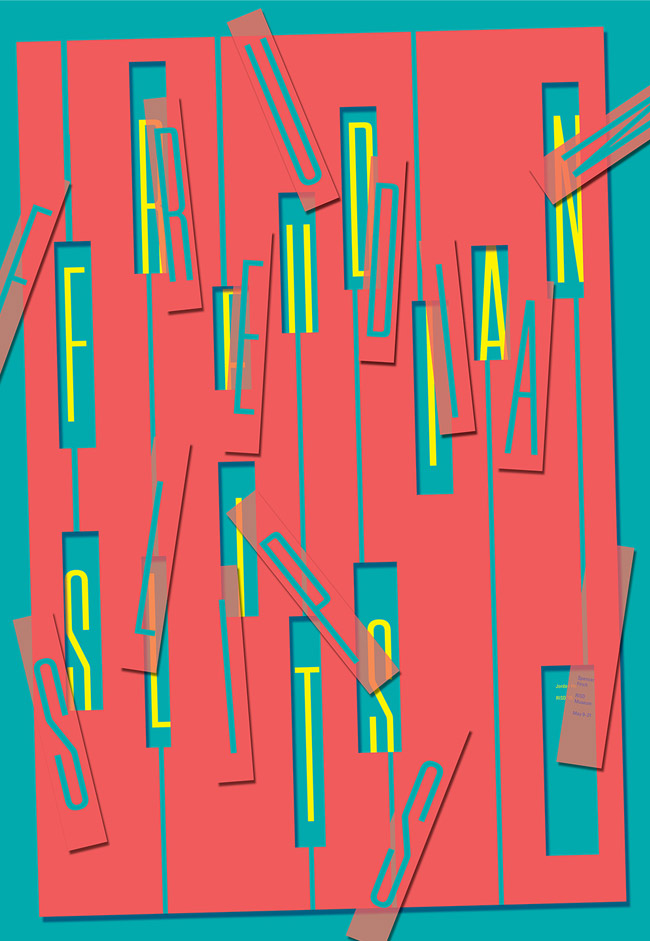 Today’s first Poster Monday spot goes to Jordan Hu, a senior majoring in graphic design, wrapping up his last year at the Rhode Island School of Design (RISD). In addition to graphic design, Jordan is well versed in illustration, photography, and videography.

The concept behind this poster entitled “Freudian Slip” emerged through an interpretive analysis on the work of renowned artist, Spencer Finch. Having done extensive research on Finch’s work and artist statement, Jordan settled on a concept that brushes on his own purpose of design-making. Finch states that he attempts to record an intangible realm he refers to as the invisible world. This immediately led Jordan to think of freudian slips, which are slips of the unconscious mind.

“The initial stages of this poster started off by experimenting with cut paper. I wanted to capture this idea of revealing something through layers, and I felt paper was the appropriate medium. However, after various different iterations, I realized that the idea was overly complicated and needed to be more simplified. Consequently, the simplification of the concept led the overall design to be done digitally” says Jordan.