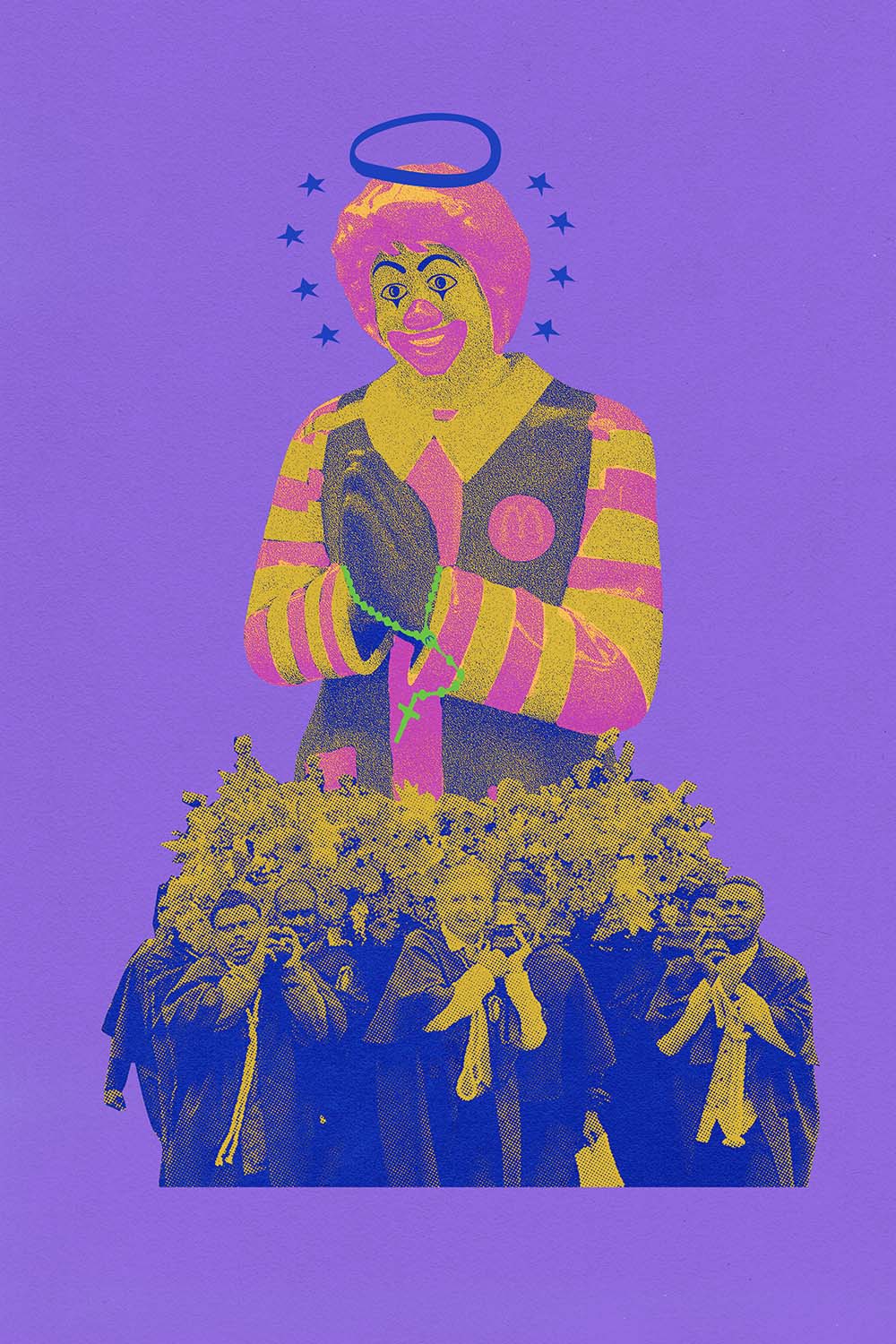 The Poster Monday spot of the day goes to Alexandro Valcarcel for the poster “McHeaven” Alexandro is a freelance art director, graphic designer and photojournalist based in Lima, Peru, has a degree in Journalism and communications at Universidad Peruana de Ciencias Aplicadas (UPC) in Peru. His range of work is mainly based in art direction, poster design, illustration, collage art, books, and brand identities for cultural institutions, businesses and individuals. Valcarcel has done branding and social media design work for Lima-based Teatro La Plaza’s signature theatre festival “Sala de Parto” as well of being head of design for the same festival; he has done designs for Al Este de Lima Film Festival and Al Este de La Plata Film Festival, along with Universidad Peruana de Ciencias Aplicadas (UPC) and TVPerú.

McHeaven is the name of a series of posters, the original idea was to seek for a satirical view on how do we seek ourselves on this big mix of religious devotion and massive love of modern consumerism and crazy economical expenses. “It all started from the time I went to Italy and found out that McDonald’s had opened a restaurant right in the main street of Vatican City (close to St. Peter´s Square). I found it quirky and ironical, yet intriguing, but in the end: oddly fascinating. I became obsessed with the idea of how these both worldwide influential elements (fast-food chains and catholic religion) could merge together and create a new visual interaction. The final approach was a six posters “McHeaven” series were Vatican City-based placemarks, elements and long-time catholic traditions play and flow with the fast-food pop culture created by McDonald’s. The image of ‘Procession’ (where Ronald McDonald is being carried as if being in a traditional catholic ‘processione’) was one of the very clear ideas that came to my mind while tying visual knots: the plaster clown imagery and the praying hands were just blending totally fine coincidentally” says Alexandro.

You can find more about Alexandro and his work in the social media behance, instagram and the online portfolio. Remember to submit you posters for the next edition of Poster Monday.