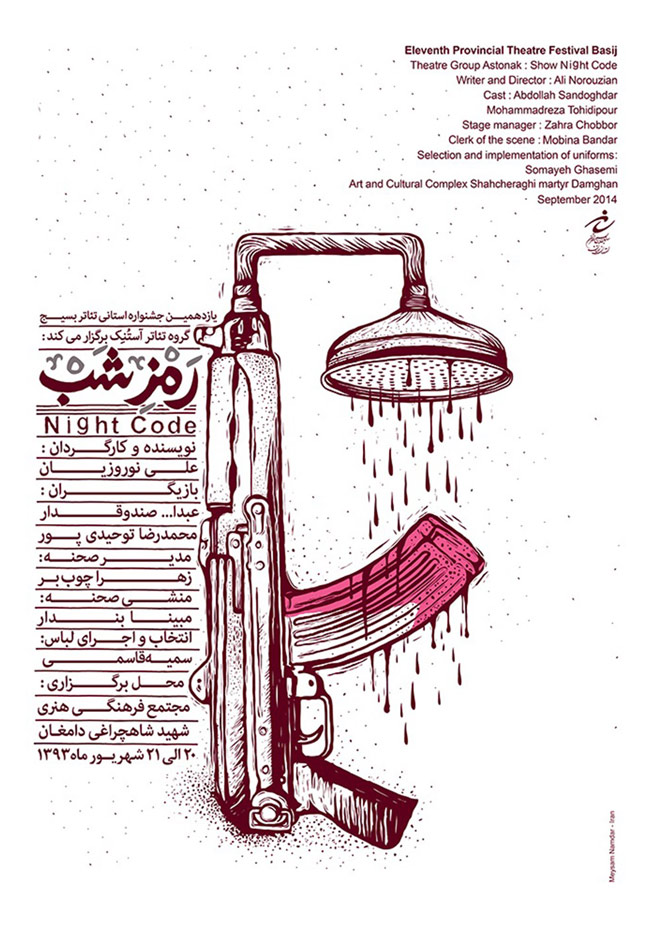 Meysam namdar,  born in 1986 in Kermanshah, Iran, is our first Poster Monday designer of the day. He has been in professional activity since 2003, he is a member of Iran’s Institution of Visual Fine Arts Development and the first secretary of the Red Poster Biennial.

Among the many awards Meysam earned we will mention; third place at”Biennial of Illustration Dawn 2013, second place at Fourteenth Resistance Theater Poster Festival 2013, honorary diploma and third place at Cow Festival 2012, honorary diploma and first place award at the Black and White Festival 2009 fromTehran. He has had four individual exhibitions and has been featured in more than 80 national and international exhibitions.

“This poster is designed according to theater mystery night. The theater is a soldier during the war, followed by washing and clean up the bathroom. Because will need to physically clean with God and mystery. In this way, strange things happen.” says Meysam.