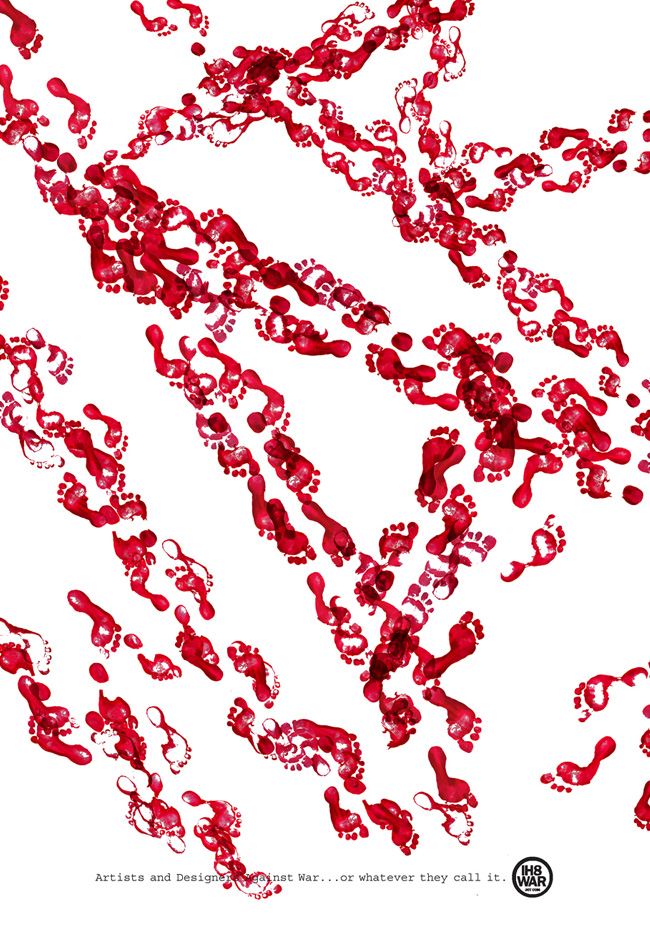 The second Poster Monday entitled “Paths of War” comes from United States and it belongs to Jan Šabach. Jan is a Czech born graphic designer living and working in the US . He studied design at Parsons School of Design and currently leads the design studio Code Switch in Northampton, MA. Jan specializes in visual identity and logo design but often dedicates a portion of his time to pro bono projects to raise consciousness about important social issues.

The poster “Paths of War” was a submission to the IH8War.com campaign against war. Just like the organizers, Jan and the members of Code Switch, believe that designers have to be social commentators and actively participate in the current affairs. “I worked on this poster with my three children. I wanted to use real footprints, not just an illustration, so we stepped in the bucket of paint and walked on paper. I later digitally manipulated the footprints to spell out the word war.” says Jan.

A simply and amazing project for those who are forced to leave their home without any prospect of ever returning. Jan said this poster is their story and it really is. If you would like to learn more about Jan and Code Switch visit the studio’s site at codeswitchdesign.com.