Poster Monday: Salome, an obsessive infatuation that leads to self-destruction 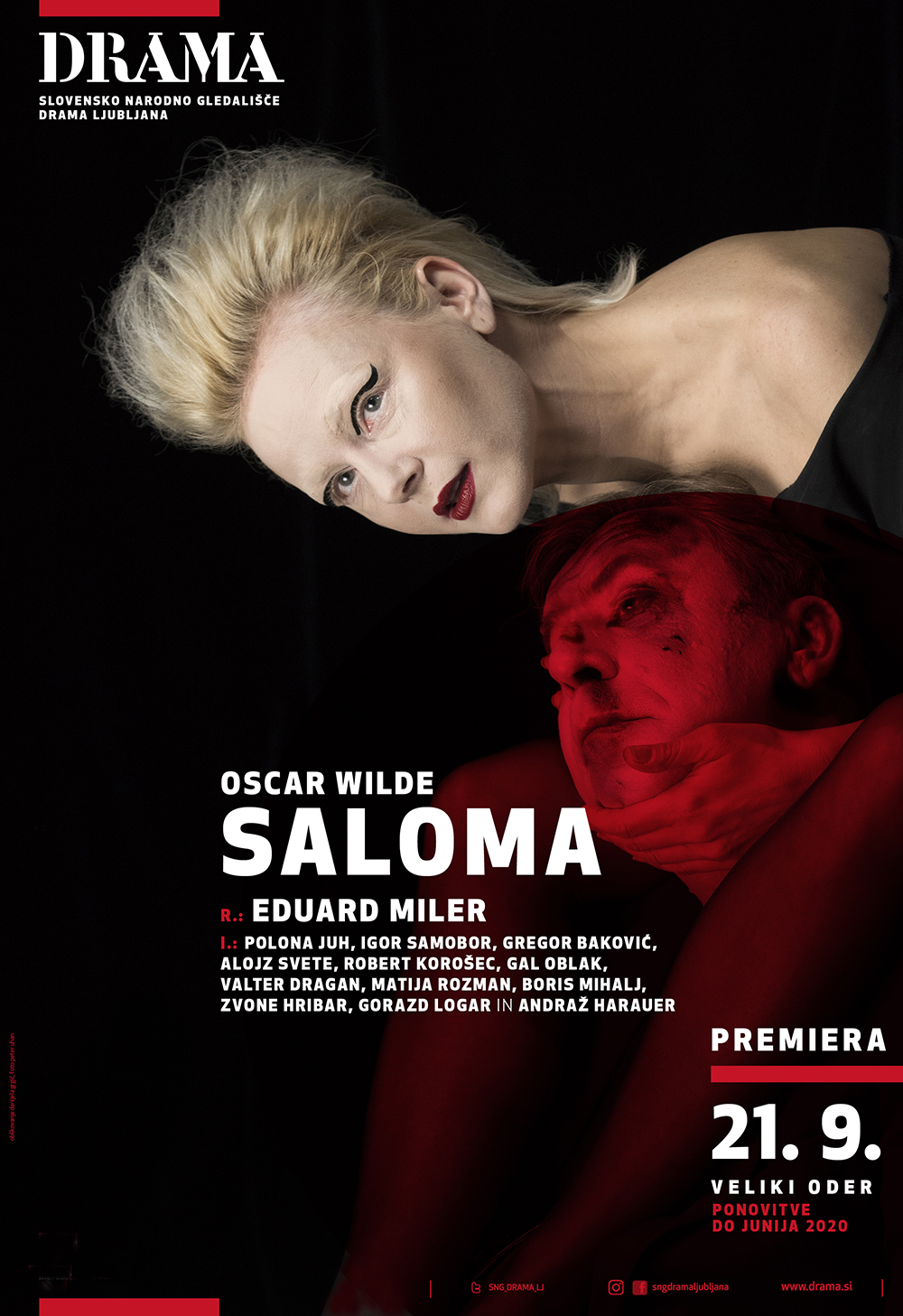 Danijela Grgić and her Salome poster is our Poster Monday. She was born in Split, Croatia. Studied at the Faculty of Architecture at the University of Ljubljana. After the few years of cooperation with Matjaž Vipotnik, one of the best Slovenian designers, in 1992 chose an independent path and created her own studio.

Let Danijela tell us about herself and her work: My business card says I’m a graphic designer, and I am, a passionate, creative and award-winning one with a rich and successful history of designing for theatre and the arts. But I’m also a team leader and builder, who believes strongly that creating long-term working relationships with clients lies at the heart of the most successful collaborations. I’ve done that too, most notably with SNG DRAMA Ljubljana, the central theatre company in Slovenia, with whom I’ve regularly collaborated for the past two decades, helping to create one of the country’s best known cultural brands. I was the visual identity designer for the Borstnik Theatre Festival in Maribor, Slovenia’s second city. I’ve worked with both small businesses and large corporations to promote their products and services. My work is regularly exhibited in Slovenia and abroad and has been featured in print and broadcast media. As an active member of the Design Society of Slovenia  I’m currently serving on the body’s Council of Experts I’m regularly invited to participate national and continental meetings and conferences. A. D. and a graphic designer for Biennial of Puppetry of Slovenia since 2014. At the 6th Biennial of Theater Poster in HNK Varaždin, I received the first prize for poster of Ivanov for SNG Drama Ljubljana.

The poster was created for the performance of Salome play by Oscar Wilde at the Slovenian National Theater Drama Ljubljana, as the first in a series of posters on the theme of #love, which is the leading motto of the 2019/20 season and directed by Eduard Miler. This is the in the series of posters for SNT Drama and trying to find an expression for staging that is embedded in the concept of the season. All of the photos feature drama actors, alone or in pairs. The permanent contributor is photographer Peter Uhan, whose aesthetics are an important element of upgrading the design and directing concept.

Excessiveness at Salome can be deliberate or irrational … Saloma exudes the destructive urge of Tanatos, but in the body of the opposite itself – eros. That is why she is fatally attractive and aware of this. As a phenomenon, Saloma is undoubtedly a symbol of decadence, most often manifested through excess and eccentricity. We present Saloma as a statue of tanagrine, with pale, translucent skin caressing the head of the Prophet. Tanatos apparently defeats Eros. The role of the poster has changed a lot in the last decade, which is why it is extremely important that, despite the flood of instant announcements, we still maintain a decent and multifaceted visible message for cultural institutions, which are the basis for understanding the importance of theater culture today.

If you would like to learn more from Danijela Grgić and her work visit her web page.. Remember to submit your poster for the next edition of Poster Monday. Find all the info you need in our submissions page, and facebook.